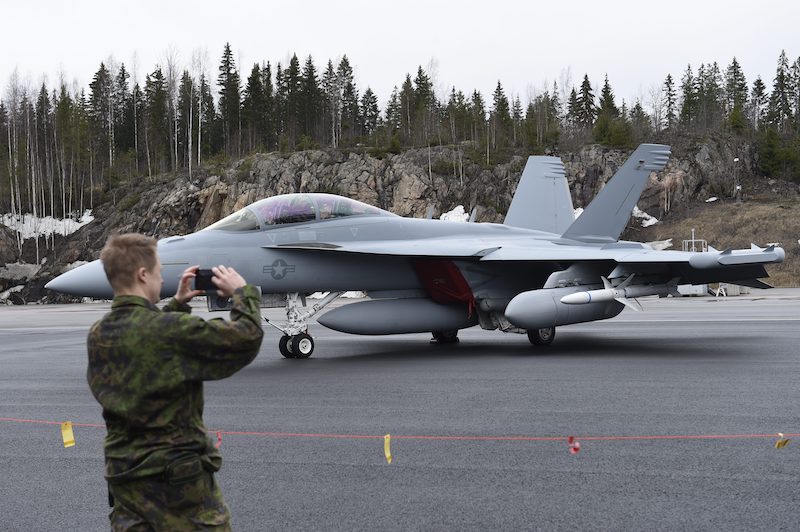 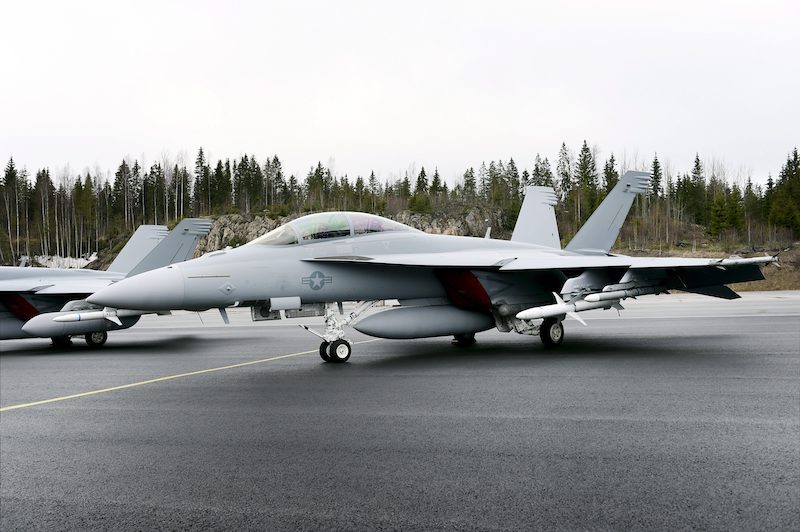 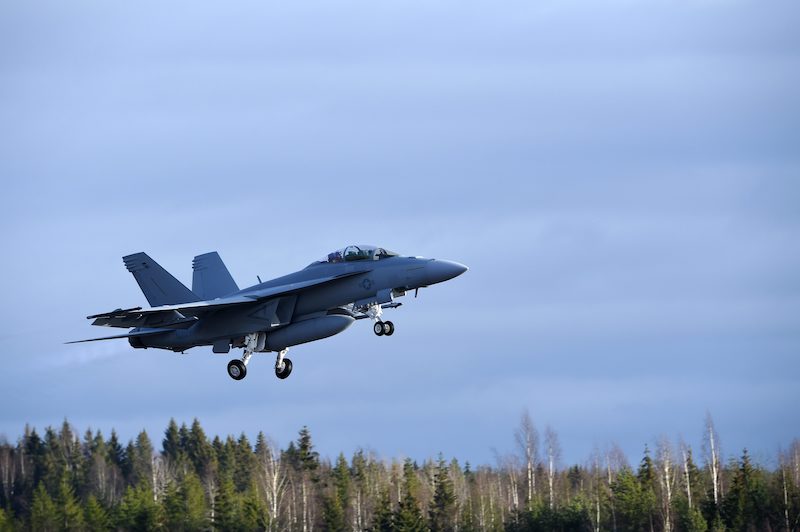 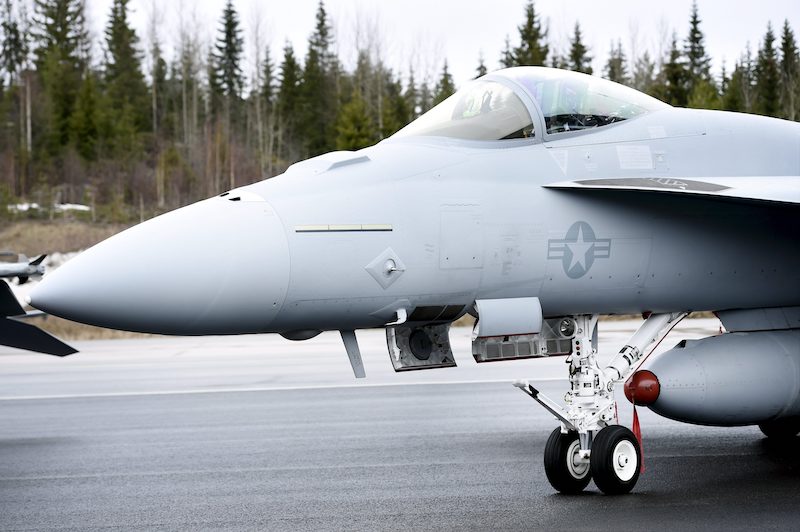 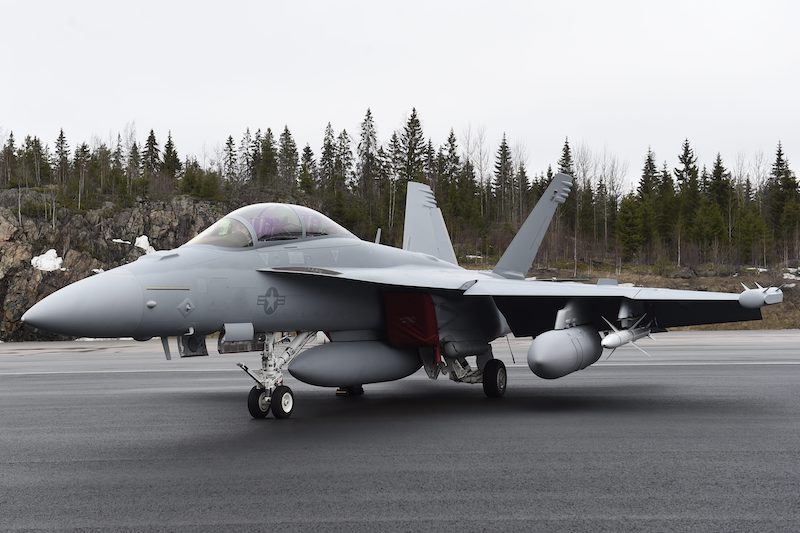 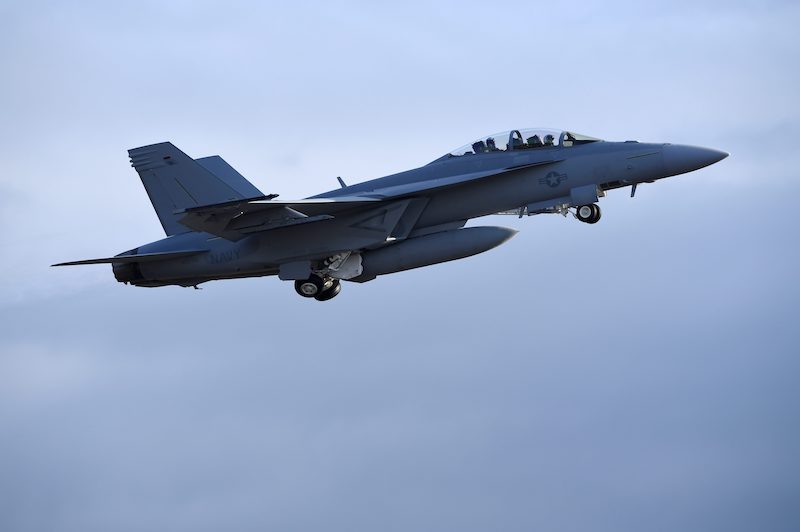 US AEROSPACE GIANT BOEING has sent three F/A-18 Super Hornet fighter jets to Pirkkala Air Base near Tampere today, in order to participate in simulated war games to compete for a €10 billion contract from the Finnish Ministry of Defence. This is the last of a series of bids from global defence companies for the contract.

Over the course of the last two months, BAE Systems, Eurofighter, SAAB, and Lockheed Martin have all flown their latest fighter jets to Pirkkala in the hopes of winning the lucrative contract from the Finnish state. The Boeing jets cost around €65 million per unit, putting them firmly in the middle of the price ranges being considered by the Defence Ministry at the moment.

The €10 billion contract was announced last year as Finland moves to replace its aging fleet of American-made Hornet jet. The Boeing F/A-18's are essentially an updated version of those jets. It is likely that Finland will choose a contractor later in the year.

You can see more photos from today's showcase by scrolling through the gallery.