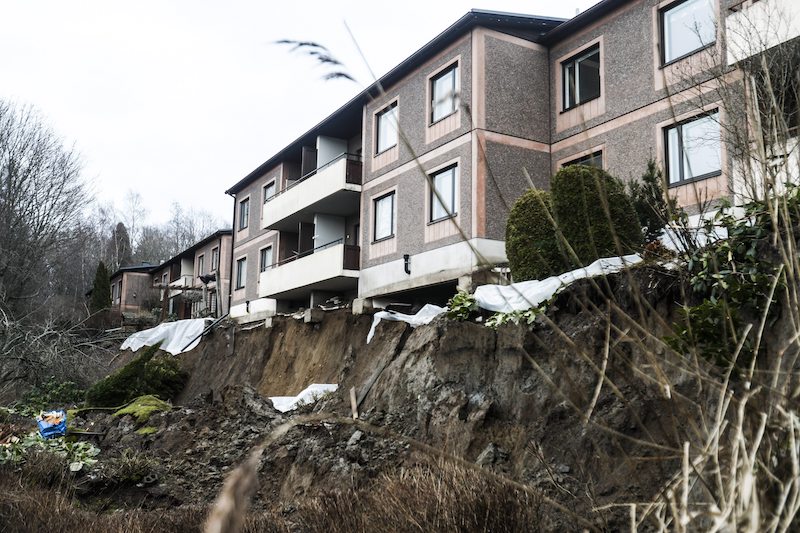 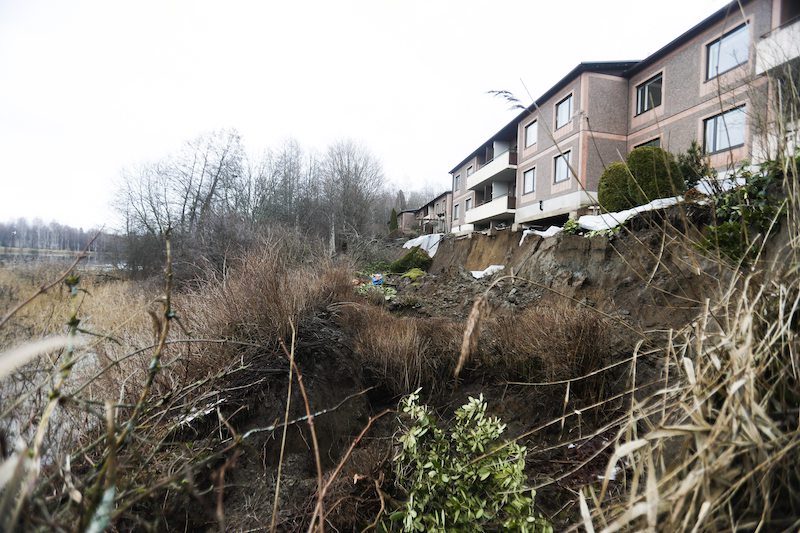 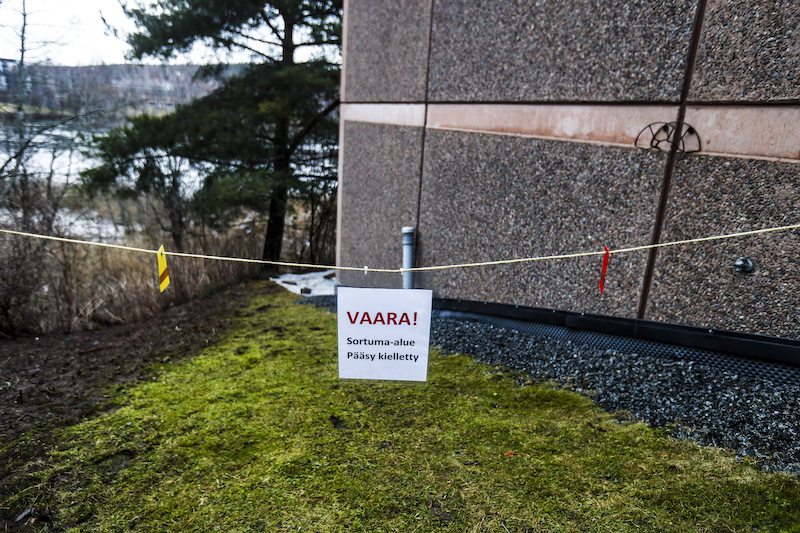 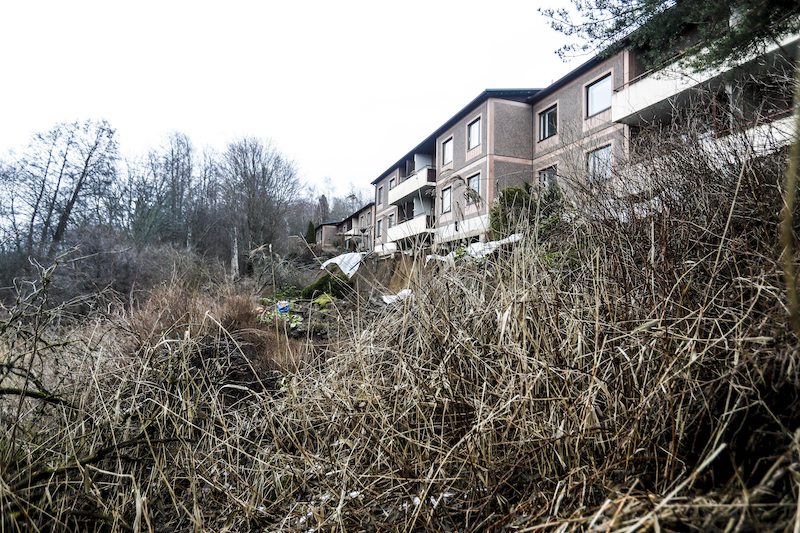 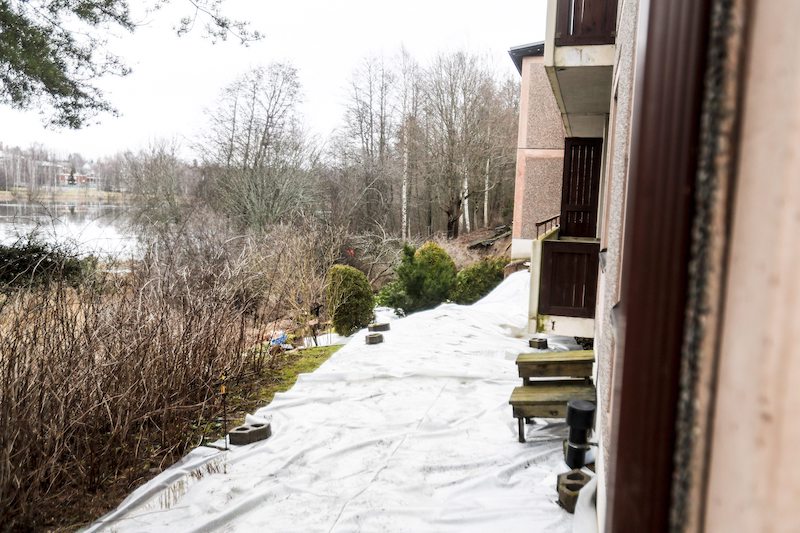 A FULLY-INHABITED APARTMENT BLOCK in Tampere is critically close to collapsing into off a steep cliff edge, after several days of severe weather combined with land erosion caused the foundations that the structure was built on to disintegrate completely.

The block, located above the shores of Vaakkolampi Beach on Tuurnankatu, has not yet been evacuated. Residents are permitted to continue living in the building for now, but a call to evacuate may be issued sometime in the coming days, according to Aamulehti (paywall).

Eija Muttonen-Mattila, head of building inspection for the City of Tampere, called the case "exceptional".

You can scroll through the gallery to see more photos of the situation as it currently stands.