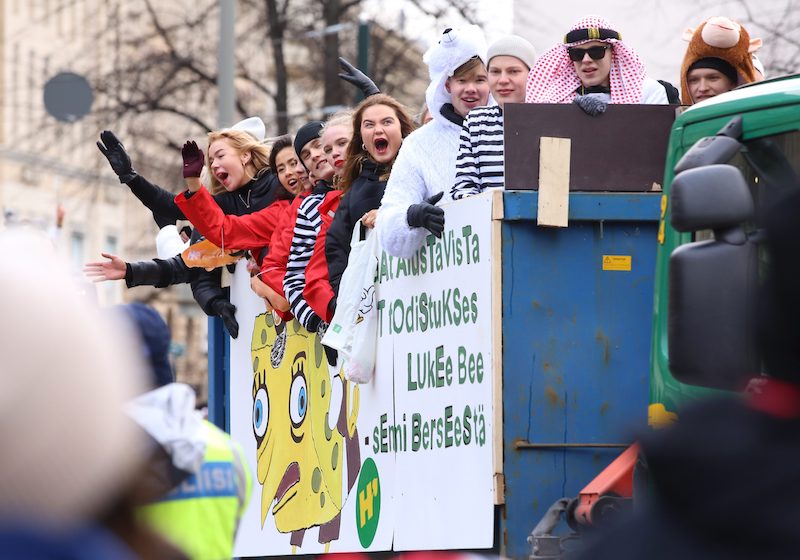 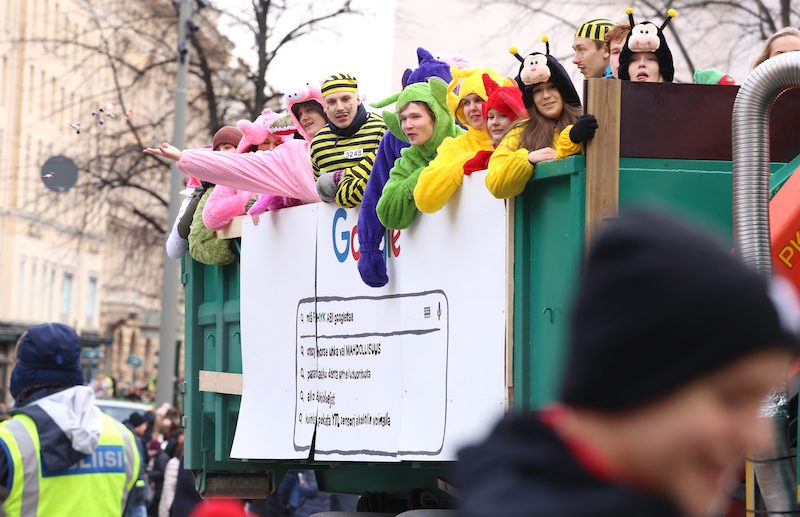 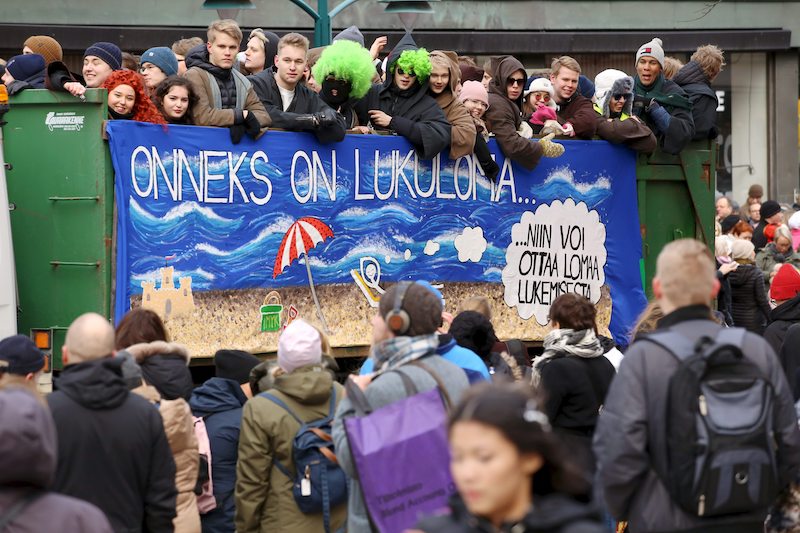 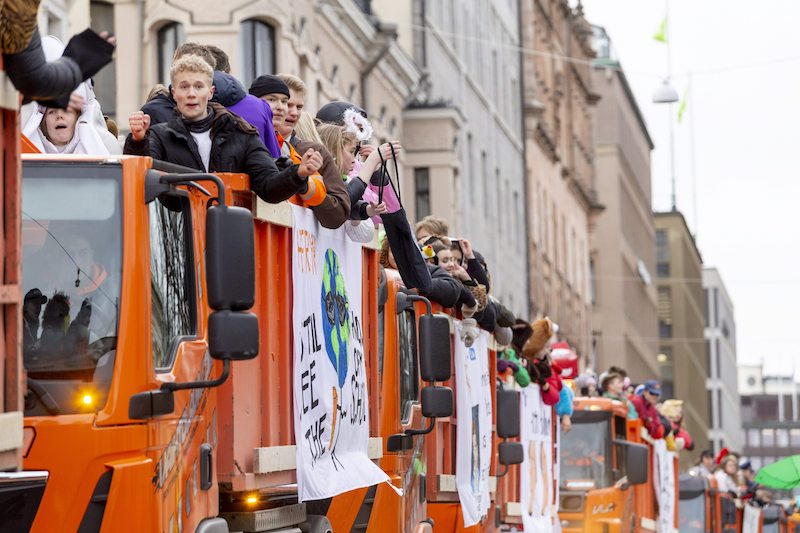 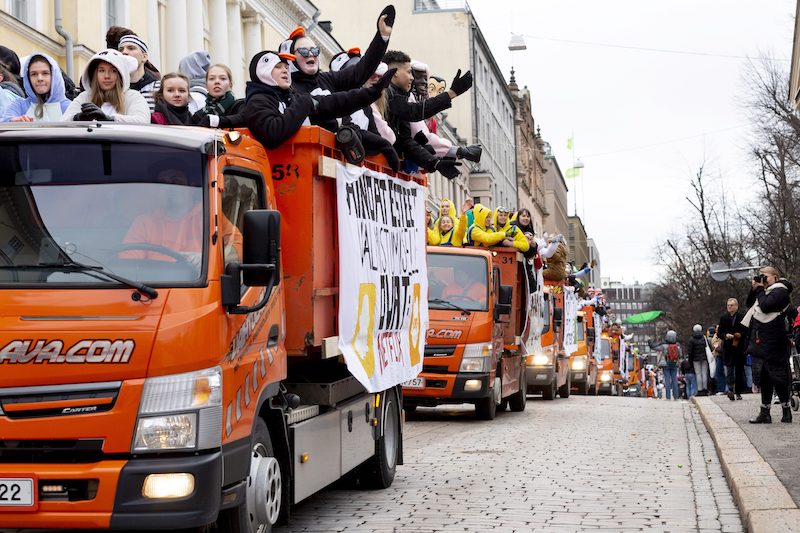 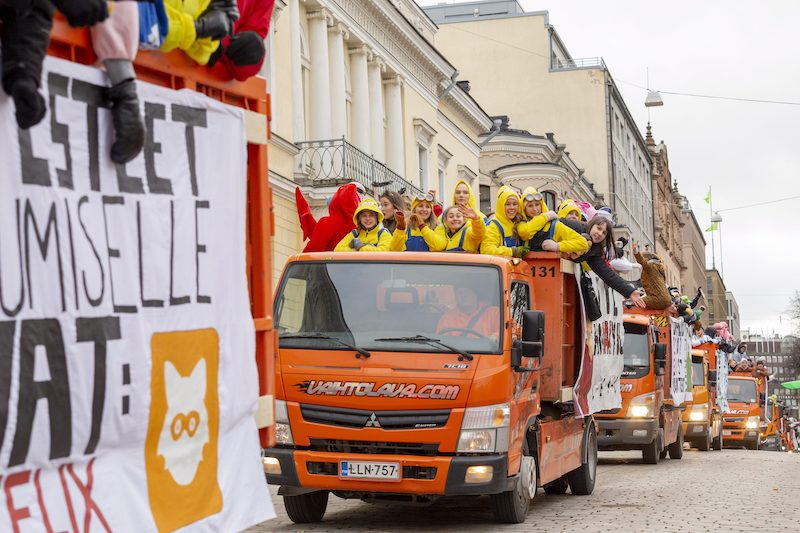 FINNISH FINAL-YEAR HIGH SCHOOL STUDENTS paraded through central Helsinki today as part of the traditional annual Penkkarit, in which students celebrate the end of class in preparation for their final matriculation exams later in the Spring.

The tradition goes back more than a century, although it has only taken on a more festive approach in recent decades. The final-year students board vehicles with the rest of their graduating class, adorned with their own banners and decorations. Traditionally, the students also throw sweets out to passers-by.

The placards and banners on the vehicles are often political in nature or designed to poke fun at the Finnish school system or even particular teachers. The first Penkkarit is thought to have occurred as far back as 1918. Now that class has concluded for the year, seniors will have time to prepare for their finals exams.

You can see more photos of today's festivities by scrolling through the gallery.