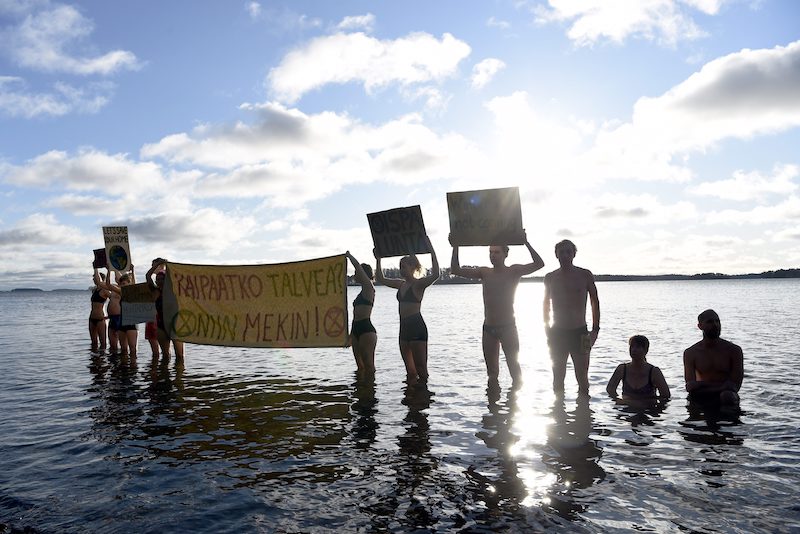 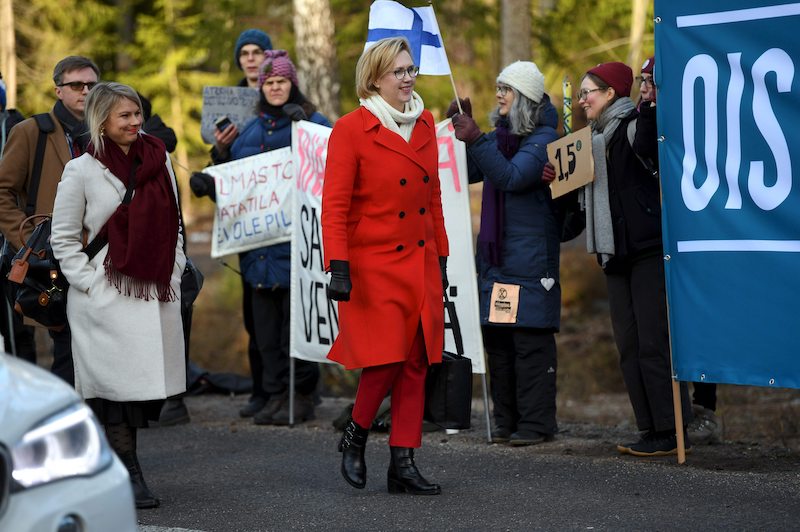 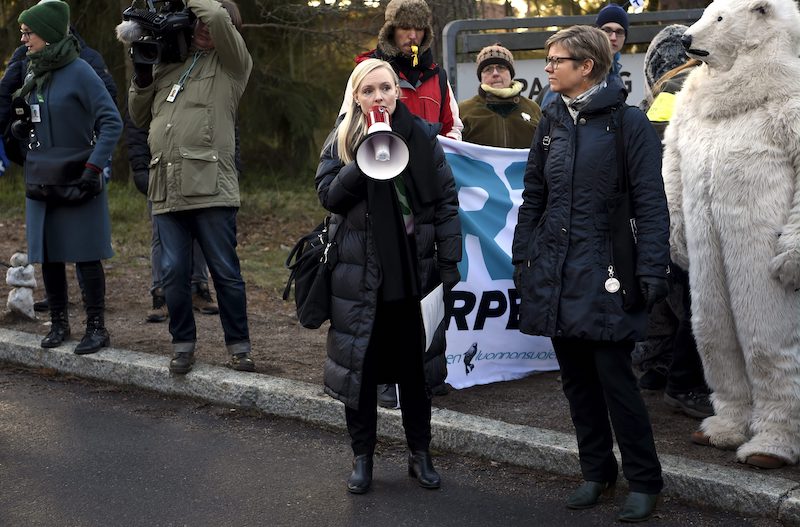 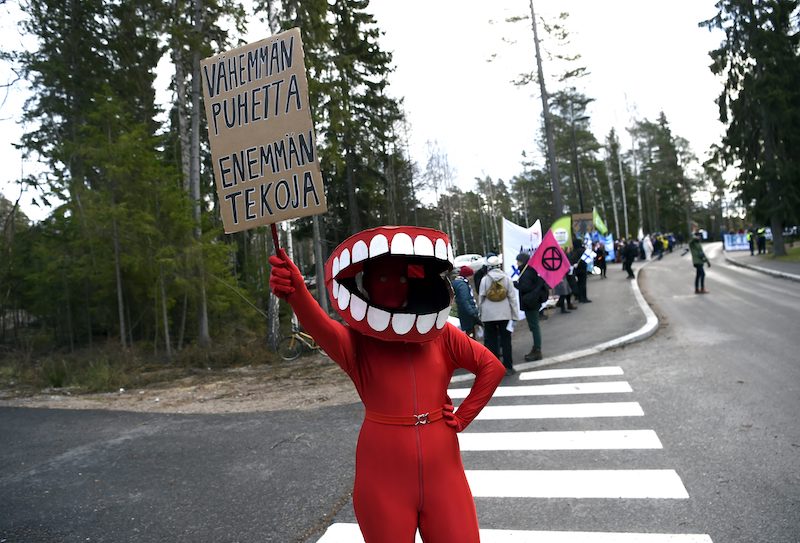 ACTIVISTS FROM EXTINCTION REBELLION FINLAND (ELOKAPINA) gathered outside the Hotel Rantapuisto in Vuosaari, Helsinki, earlier today to demonstrate as government ministers met for a climate summit inside the hotel.

The environmental activist group stated that the purpose of the protest was to demand "concrete action" and that the government fulfils its promises. Several ministers took the time to greet and speak with the demonstrators, with the Minister of the Interior Maria Ohisalo apparently going in for a hug.

You can see more photos from today's demonstration by scrolling through the gallery.