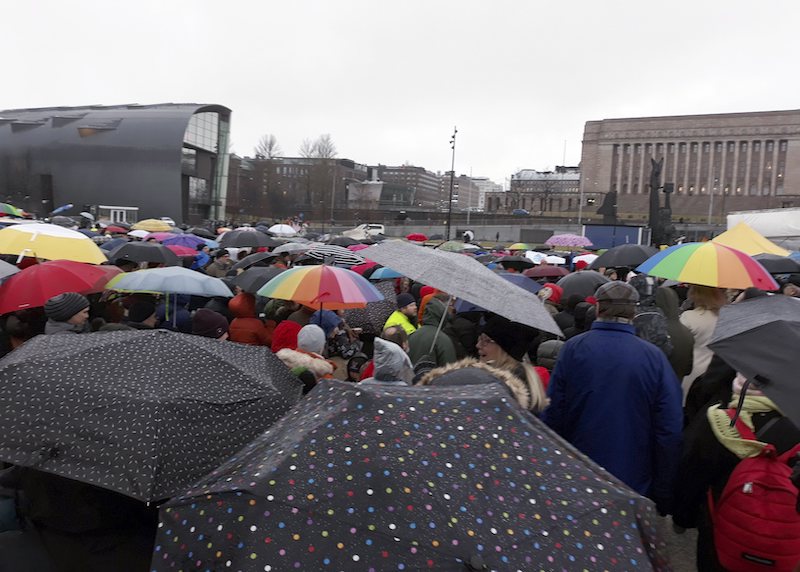 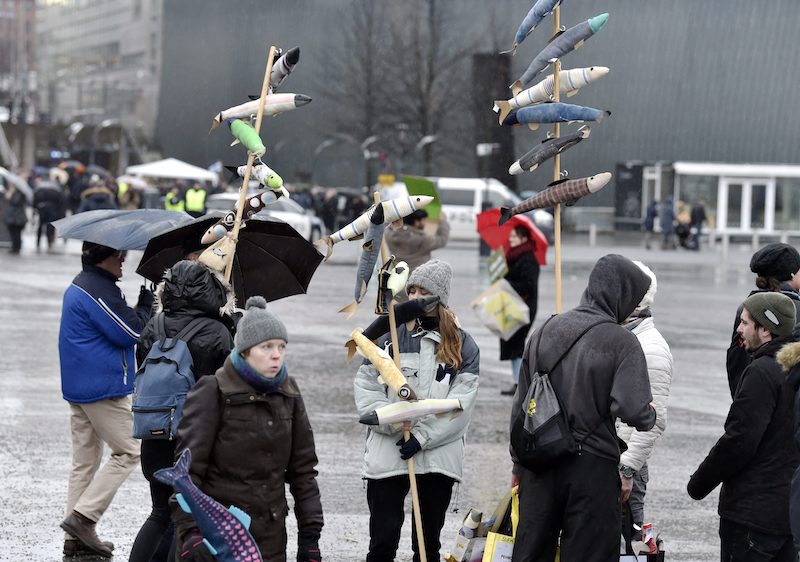 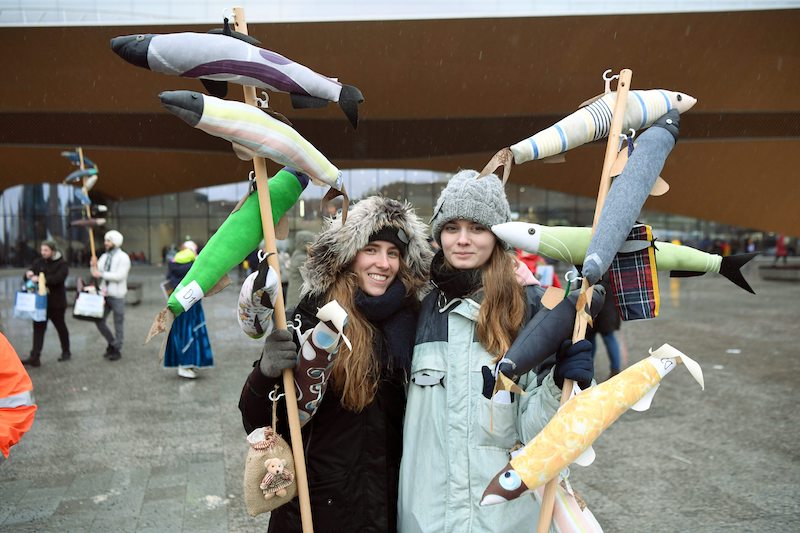 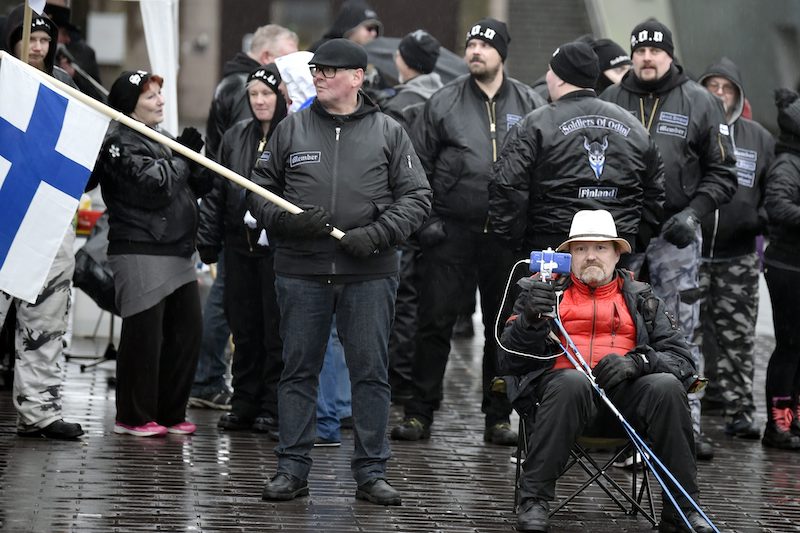 Counter protestors from the far-right Soldiers of Odin were also present yesterday.
Previous Next

SUPPORTERS OF THE SO-CALLED SILAKKALIIKE, or 'Herring Movement', an antifascist and anti-discrimination activist group, faced off against members of the far-right Soldiers of Odin in central Helsinki yesterday.

The Herring Movement arranged their first demonstration on Helsinki's Kansalaistori on Saturday to draw attention to their message of "human dignity, nature, science, equality, and non-discrimination". The newly formed group managed to attract between 800-1000 people to their rally, which also aims to counter climate denialism and racism.

A few members of the far-right nationalist group Soldiers of Odin were also present on Kansalaistori on Saturday as part of a counter-protest against the Herrings. Both demonstrations passed without incident.

You can see more photos from the demonstrations by scrolling through the gallery.