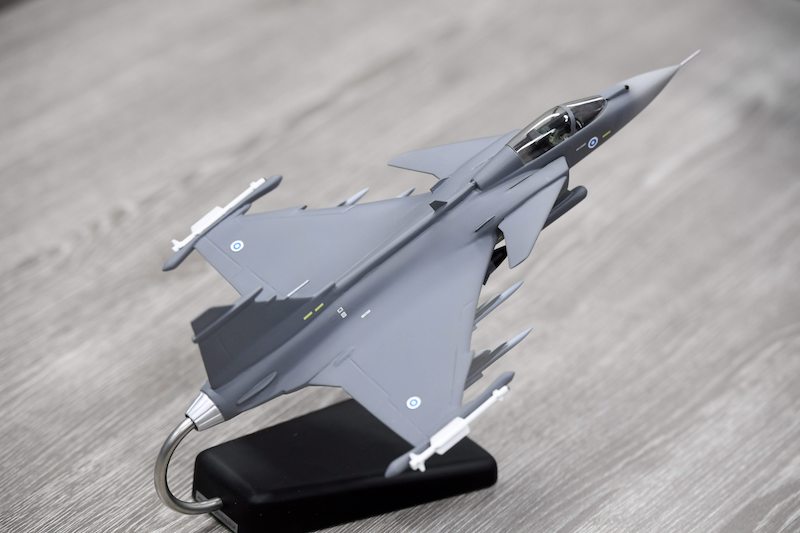 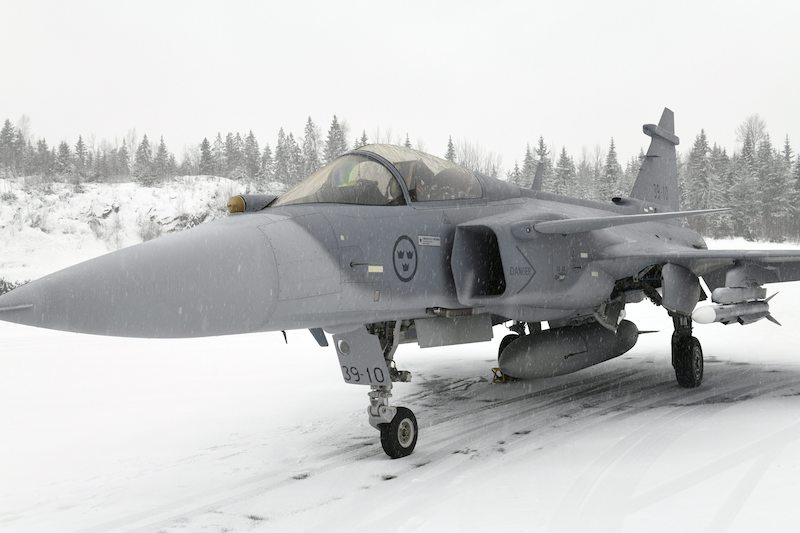 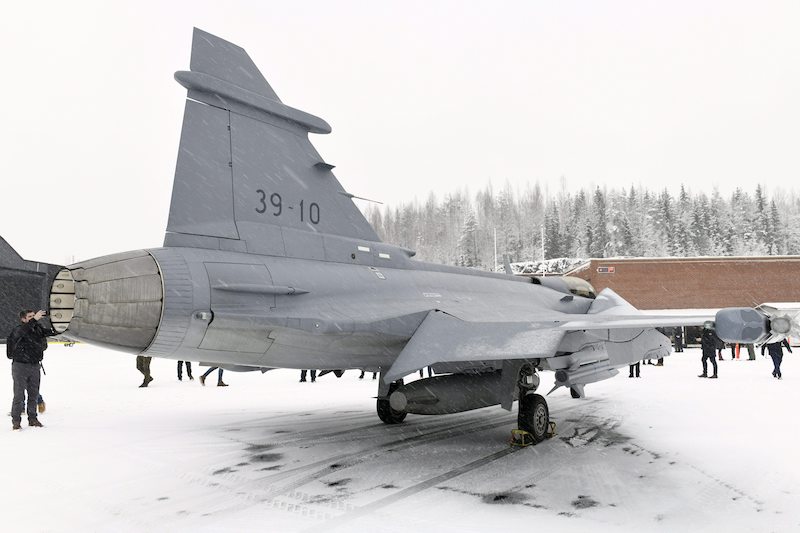 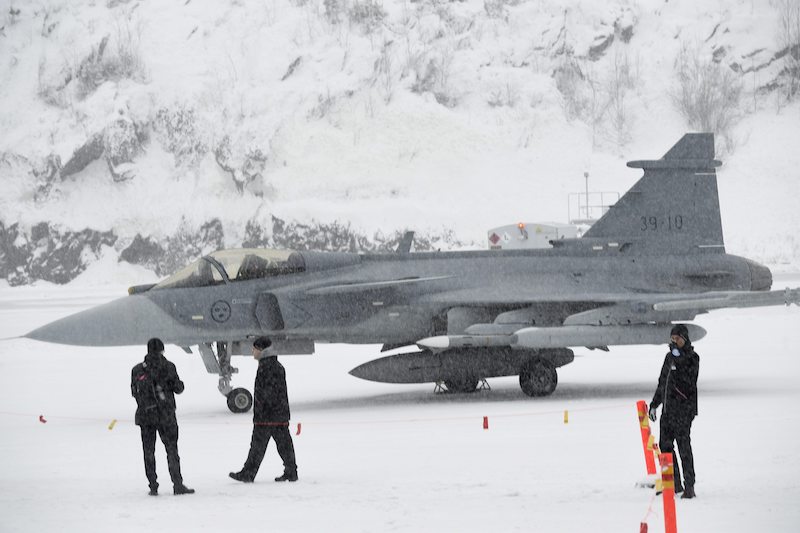 TWO SWEDISH MADE SAAB FIGHTER JETS have arrived at Prikkala Air Force Base to compete for a €10 billion contract from the Finnish Defence Ministry. The showcase is the third attempt by a major weapons manufacturer to secure the contract in recent weeks.

As the Finnish military looks to replace its aging fleet of Hornet Jets, a number of international companies have flown to Pirkkala to showcase their jets and attempt to secure the lucrative multi-year contract. Earlier this month French fighter jets arrived to participate in simulated war games, following the arrival of several BAE Systems Eurofighter Typhoon jets the week before that.

The Swedish Gripen jets cost around €50 million per unit to produce, making them the cheapest jets showcased at Perkkala so far this year.

You can see more from today's event by scrolling through the gallery.