A Eurofighter Typhoon Jet prepares to take off from Pirkkala Airforce Base in Pirkanmaa, Finland last night (Image: Lehtikuva)

In pictures: fighter jet manufacturers compete for €10 billion Ministry of Defence contract at Pirkkala Airforce Base 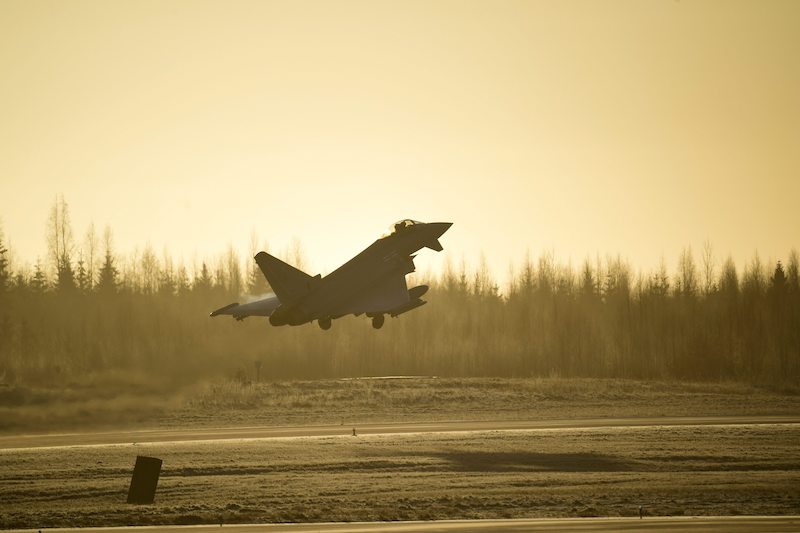 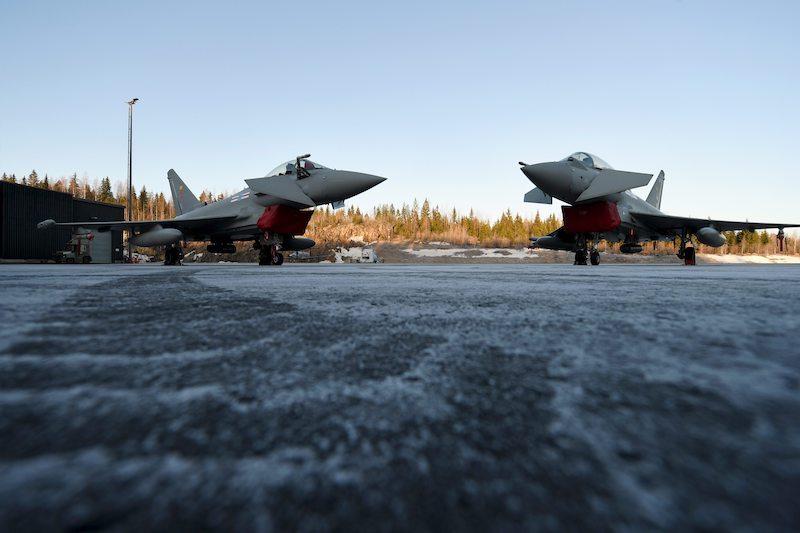 Colonel Juha-Pekka Keränen, Chief of Operations of the Finnish Air Force, during a media presentation of the pan-European Eurofighter Typhoon fighter. 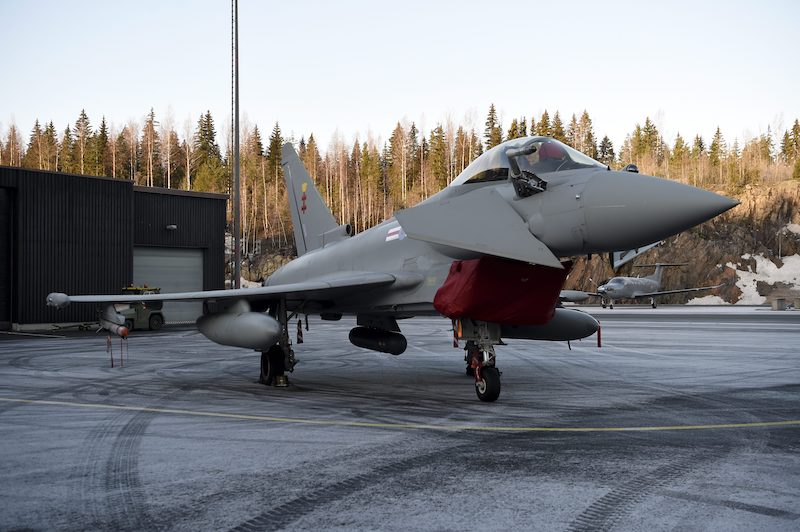 SEVERAL EUROFIGHTER TYPHOON MILITARY JETS, which east cost over €90 million to manufacture, were flown in the skies above Pirkkala Air Base yesterday in a display that was part of an attempt to secure a €10 billion contract from the Finnish Ministry of Defence.

Members of the MoD's top brass, including Colonel Juha-Pekka Keränen, the Chief of Operations for the Finnish Air Force, were in attendance in order to decide whether to select the Eurofighter jets to replace Finland's aging fleet of Hornet jets.

The Eurofighter Typhoon is manufactured by a consortium of companies made up of BAE Systems, Airbus, and Leonardo, and is the primary defense jet for both NATO and the British Royal Air Force.

Planes are being tested in Finland so that the Ministry fo Defence may assess whether or not they are suitable for Finnish winter conditions.

You can see more photos from the event by scrolling through the gallery.