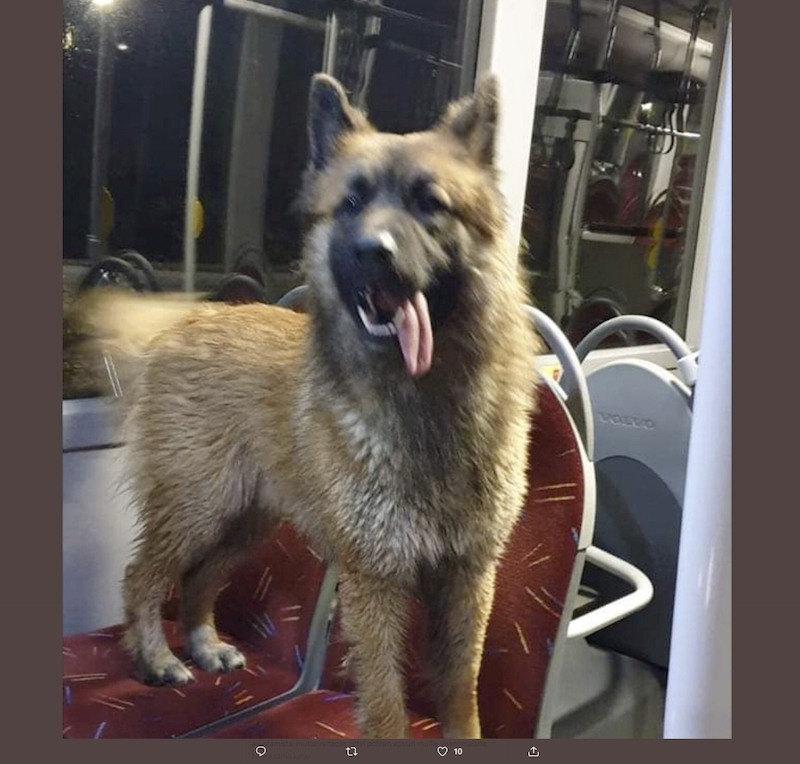 A LARGE DOG IN TURKU has found viral fame after a bus driver shared an image of the dog riding solo on his bus. The dog hopped on the bus without its owner late on Thursday evening, with the Southwest Finland Police Department later confirming they had received reports of a dog travelling without a ticket.

The bus driver, Hicham Boujlal, told Ilta-Sanomat that the dog hopped on and took a seat, and did not seem particularly distressed. After driving with the dog on board for a few stops, the driver informed the local animal welfare authorities, who took the animal into their custody.

After Turku Animal Care shared a Facebook post of the animal, he was quickly reunited with his owner.