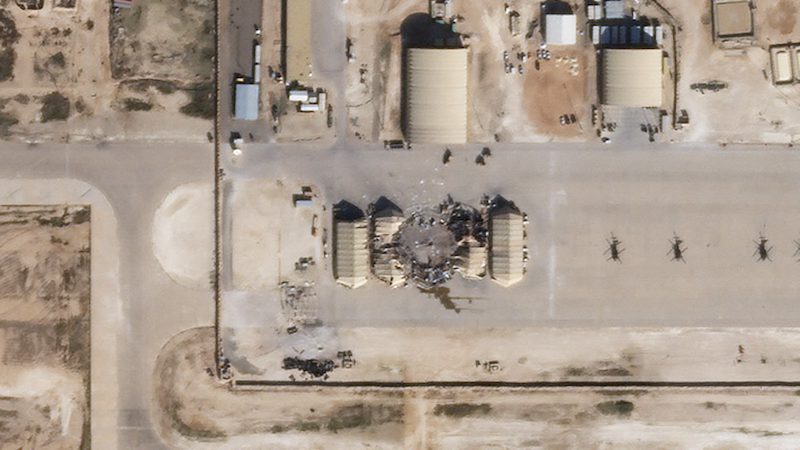 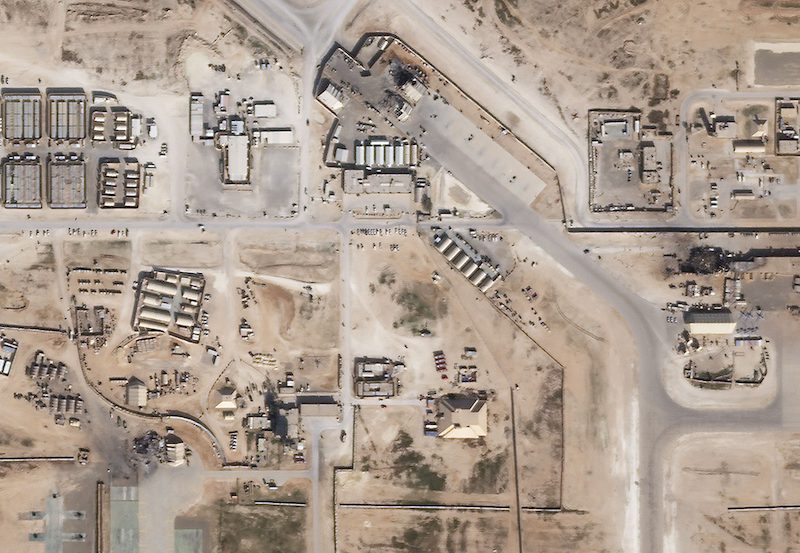 These January 8, 2020, satellite images released by Planet Labs Inc., reportedly show damages to the Ain al-Asad US airbase in western Iraq, after being hit by rockets from Iran. Iran fired a volley of missiles on January 8 at Iraqi bases housing US and other foreign troops, the Islamic republic's first act in its promised revenge for the US killing of Iranian General Qasem Soleimani.

Iran's Foreign minister Javad Zarif tweeted afterwards that Iran has carried out and concluded its proportionate response and does not seek further escalation. Donald Trump also backed out from further tit-for-tat attacks and stated that the United States wants peace.

Last picture taken on January 8, 2020 in the Iraqi Kurdish town of Bardarash in the Dohuk governorate shows shrapnel from a reportedly Iranian missile initially fired at Iraqi bases housing US and other US-led coalition troops. - The missiles targeted the sprawling Ain al-Asad airbase in western Iraq and a base in Arbil, both housing American and other foreign troops deployed as part of a US-led coalition fighting the remnants of the Islamic State group.