IN TODAY'S BEST PHOTOS FROM AROUND THE WORLD, we lead with a shot from Times Square, where the iconic New Years' Ball located atop One Times Square has received a makeover. In addition, we have a baby giraffe in Mexico City, Father Frost on the Moscow Metro, and an extra-terrestrial protestor in Chile.

Workers add 192 Waterford Crystals to the Times Square Ball, completing the seventh makeover that the ball has received in its 112-year operating history. The ball has 'dropped' from the top of Times Square every New Years' Eve since 1907. 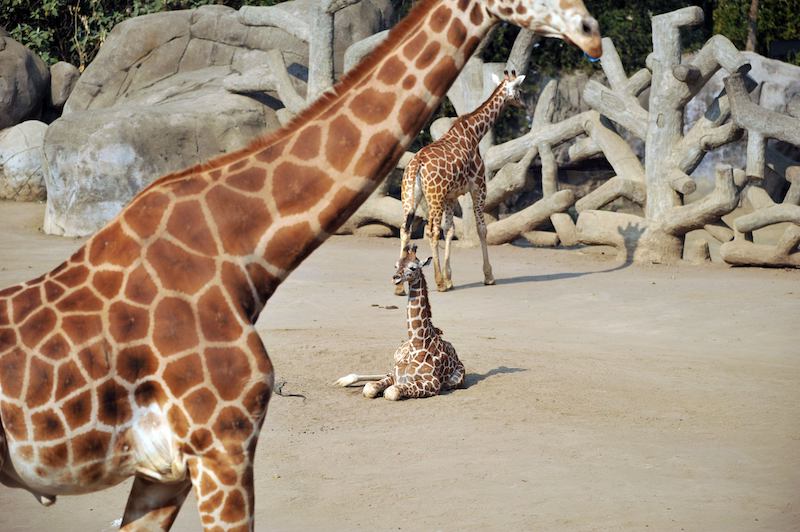 A two-month-old baby giraffe rests in his enclosure at Chapultepec Zoo in Mexico City earlier today. 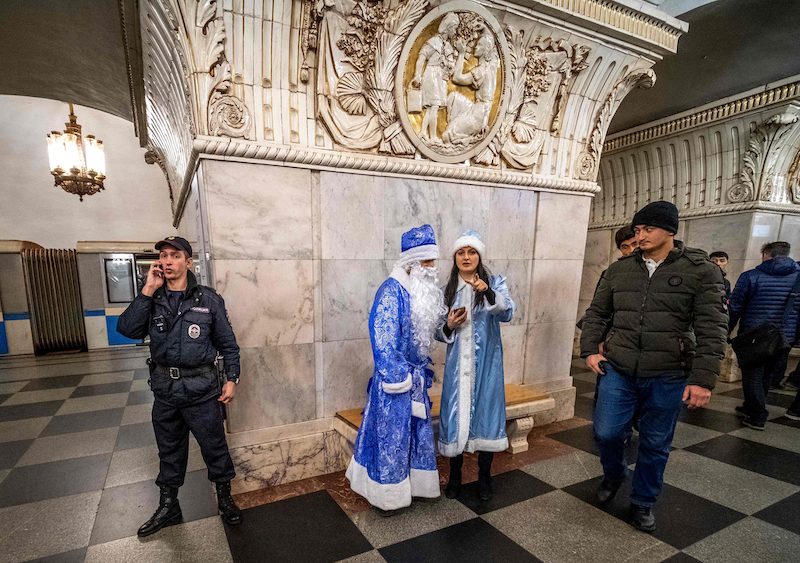 A protestor dressed as an alien takes to the streets in the Chilean capital of Santiago, where demonstrations continue unabated.