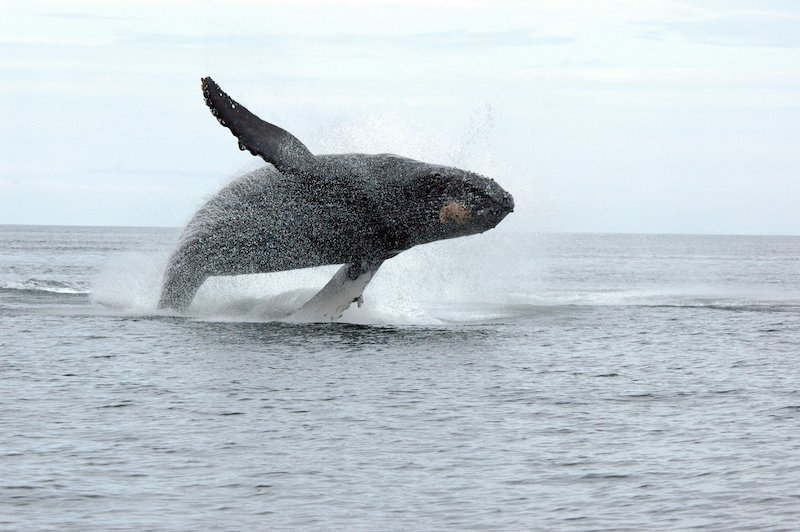 IN TODAY'S BEST PHOTOS FROM AROUND THE WORLD, we lead with an image of a humpback whale off the coast of British Columbia. We also have a manta ray with Santa Claus and a dog at a polling station in the UK.

A humpback whale breaches off the coast of Prince Rupert, British Columbia. Today saw a landmark ruling in which a fishing guide was prosecuted for getting too close to whales under a new animal protection law which bans human "interference" with the mammals' activities. The guide was forced to pay a fine of $2000 (CAD) and to spend two days "educating the public on boater safety around whales. 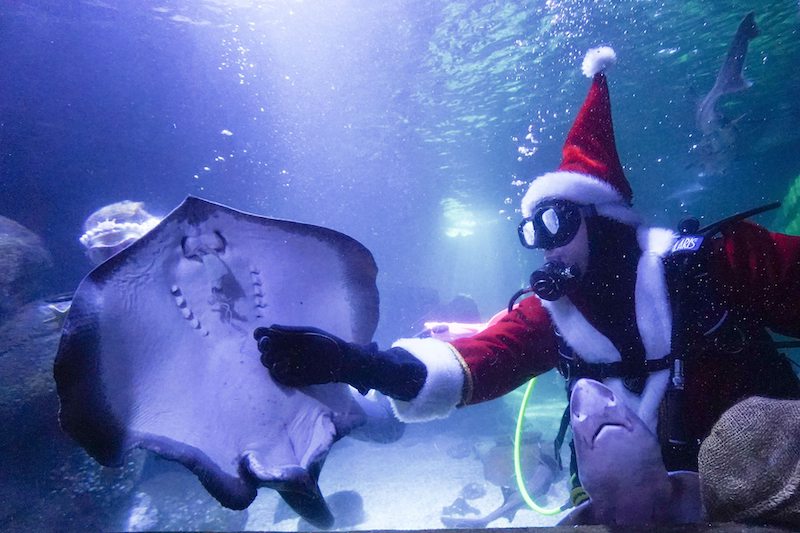 A festive diver dressed as Santa Claus feeds a ray at an aquarium in Berlin, Germany. 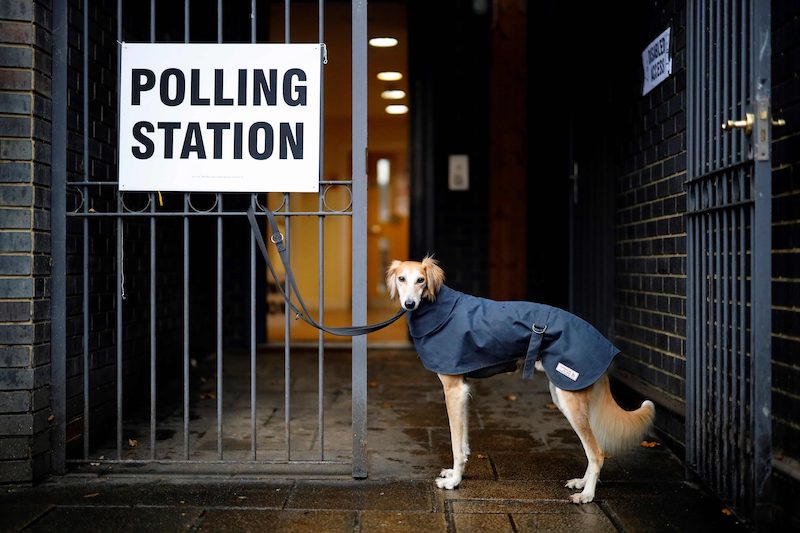 A dog waits for its owner outside a polling station in London, UK today, where a general election is taking place.