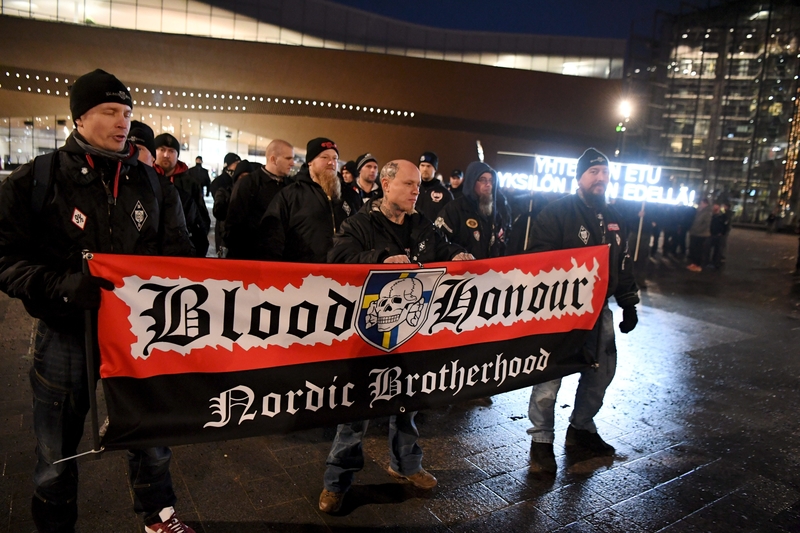 ANTIFASCISTS AND ANARCHISTS FACED OFF AGAINST FAR-RIGHT GROUPS in Helsinki during Independence Day commemorations today, with several people being detained by authorities. Members of the extreme anti-immigrant group Soldiers of Odin organised a 150-strong march, whilst the antifascist group "Helsinki Without Nazis" led a 500-strong group of counterprotesters.

Also in attendance was the far-right Blood Honour Nordic Brotherhood movement (pictured), which marched alongside the Soldiers of Odin in central Helsinki. Police have also reported that members of the banned neo-Nazi group Towards Freedom were spotted at the event, despite the organization being told they did not have permission to march today.

Far-right activists from as far afield as Sweden and Estonia also showed up to support the Soldiers of Odin, which calls itself a "patriotic street patrol association" and is known for assembling in areas with higher immigrant populations and intimidating locals.

When the marchers attempted to pass through the Helsinki neighbourhood of Töölö, members of the climate activist group Elokapina blocked the procession by sitting on the sidewalk. It is unclear whether the Soldiers of Odin will face legal action for organising the march.

You can see more photos from today's protest marches by scrolling down. 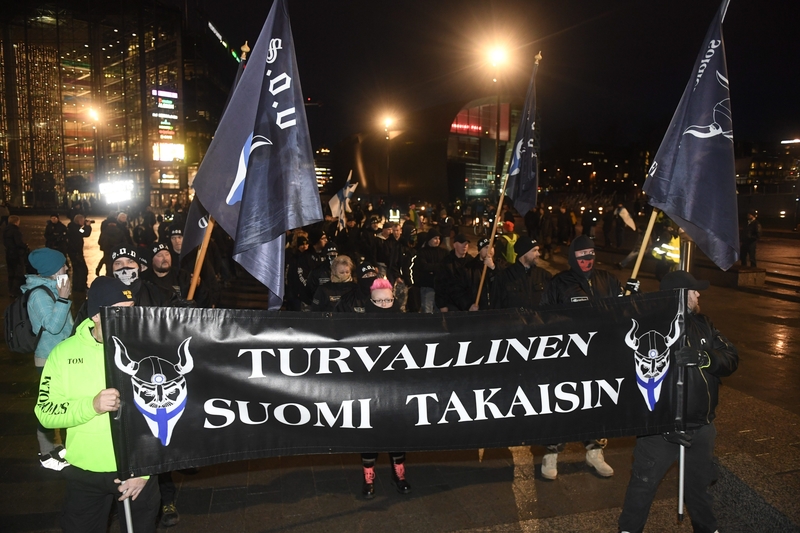 Members of the Soldiers of Odin on Helsinki's Kansalaistori today. 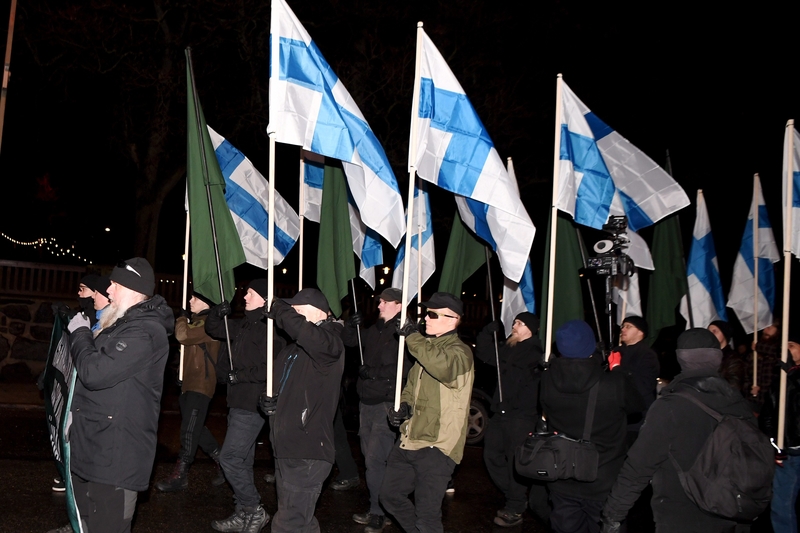 Soldiers of Odin protestors on the move. 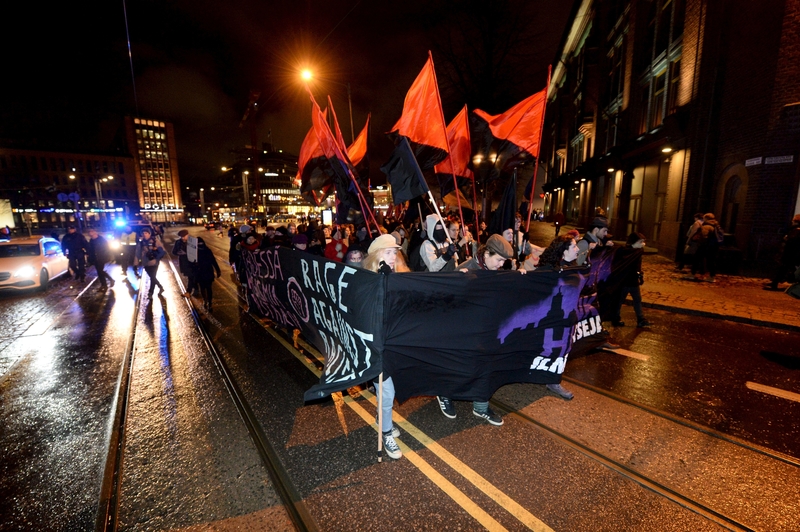 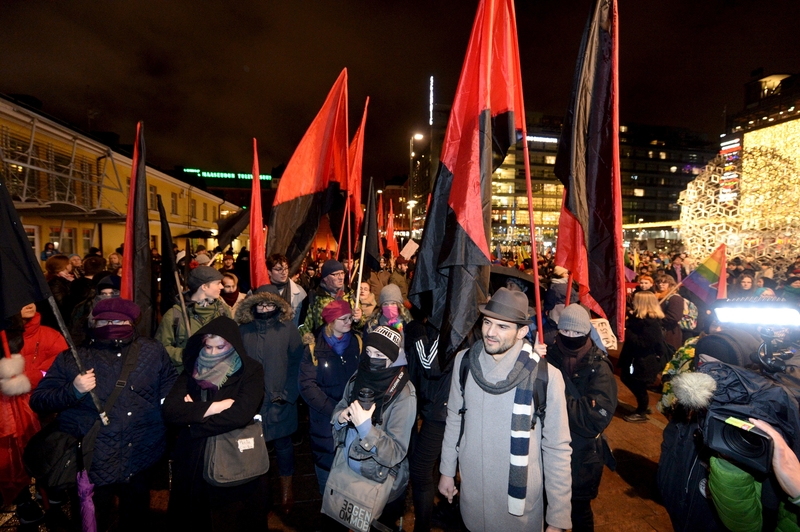