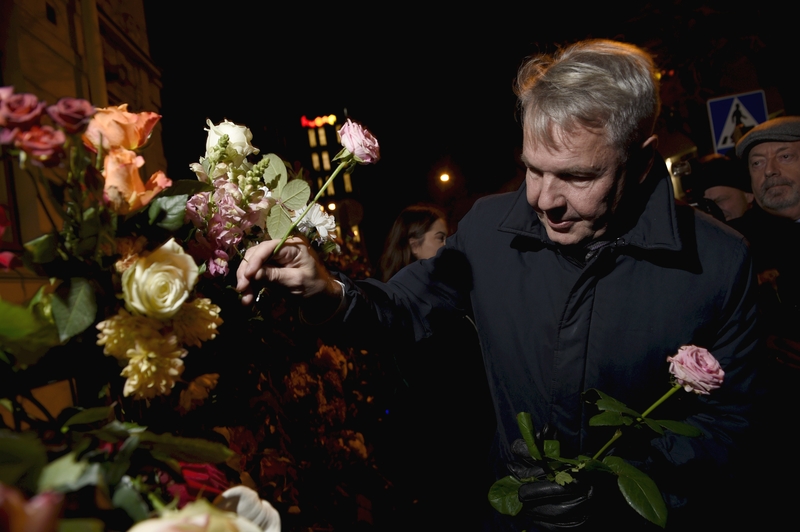 sto lays a bouquet at the Helsinki Synagogue (Image: Lehtikuva)

FINNISH POLITICIANS AND COMMUNITY LEADERS gathered at the gates of the Helsinki Synagogue late last night to lay bouquets of flowers in a show of solidarity with Finland's Jewish community, which has been subjected to a spike in anti-Semitic attacks this year.

The action was prompted in part by a recent incident in which anti-Semetic stickers bearing the likeness of the Star of David were plastered across the city, including near the synagogue and in front of the Israeli Embassy in Helsinki. The stickers were believed to be the result of coordinated hate crime among neo-nazi groups across the Nordics, and were placed on the anniversary of Kristallnacht, a Nazi pogrom against Jewish people that occurred in 1938.

In attendance at last night's flower laying included the Minister for Foreign Affairs, Pekka Haavisto, as well as other political figures and community leaders.

You can see more photos from the event by scrolling down. 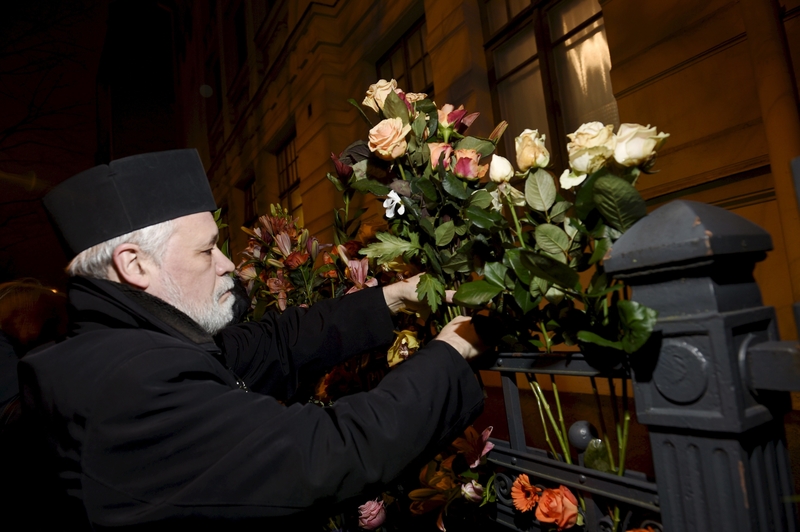 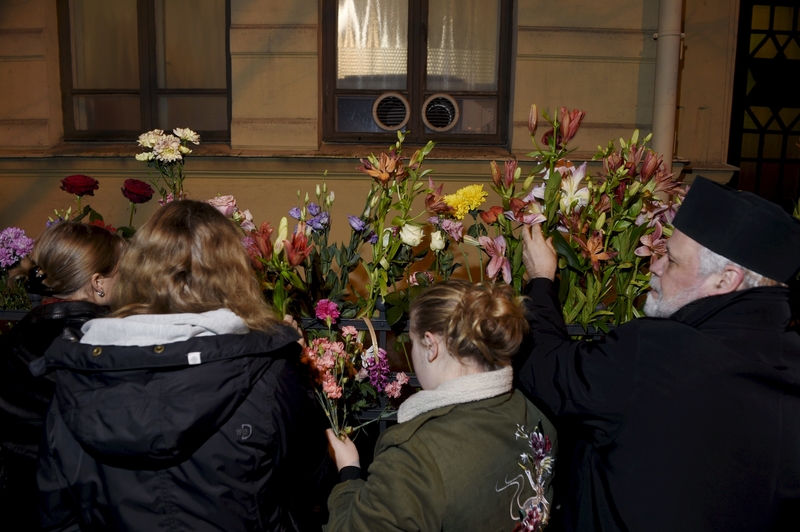