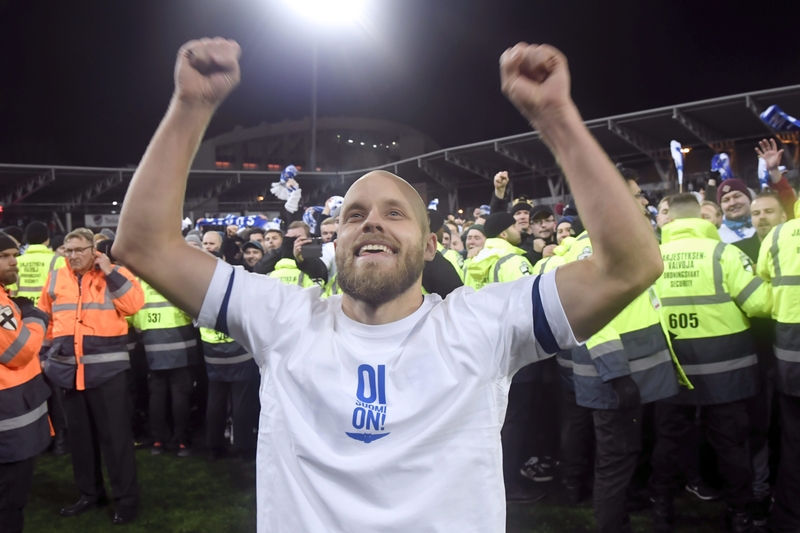 FINLAND'S NATIONAL FOOTBALL TEAM secured a historic victory over Liechtenstein last night that will see them enter the European Championships for the first time ever. Two of the goals scored in the 3-0 victory were the work of Teemu Pukki, the Norwich City striker who recently made a name for himself in the English Championship League.

You can see more photos from the last night by scrolling down. 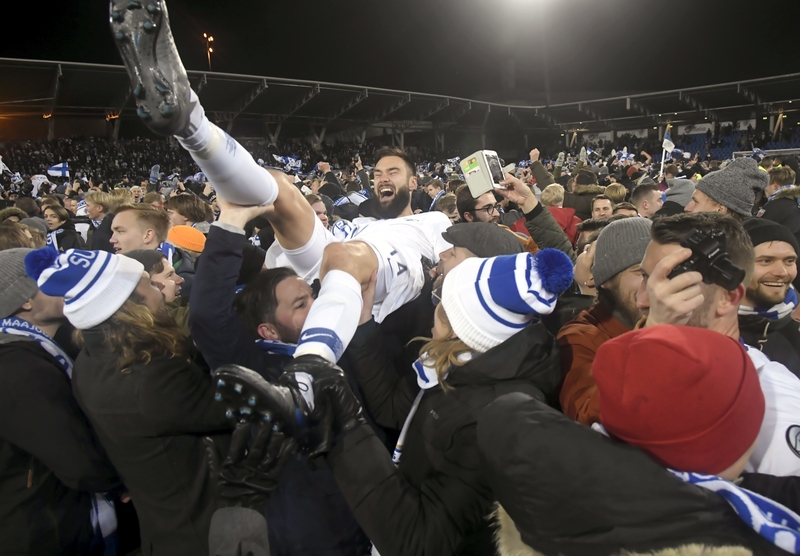 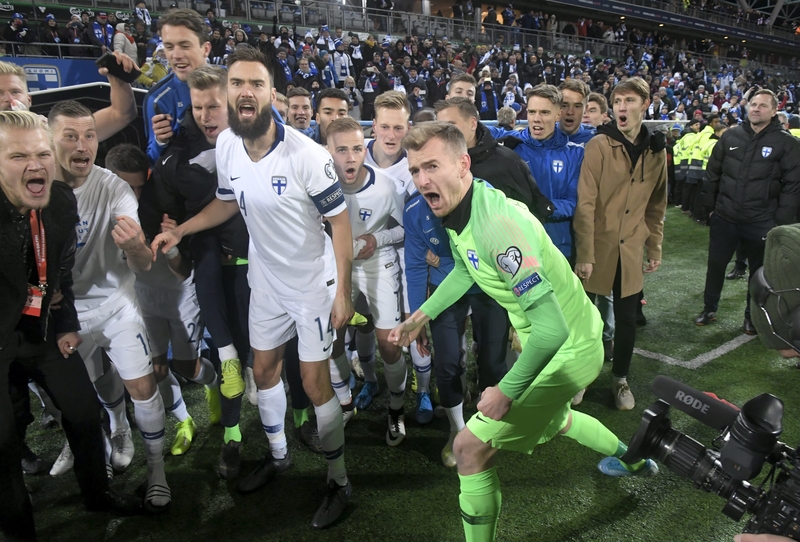 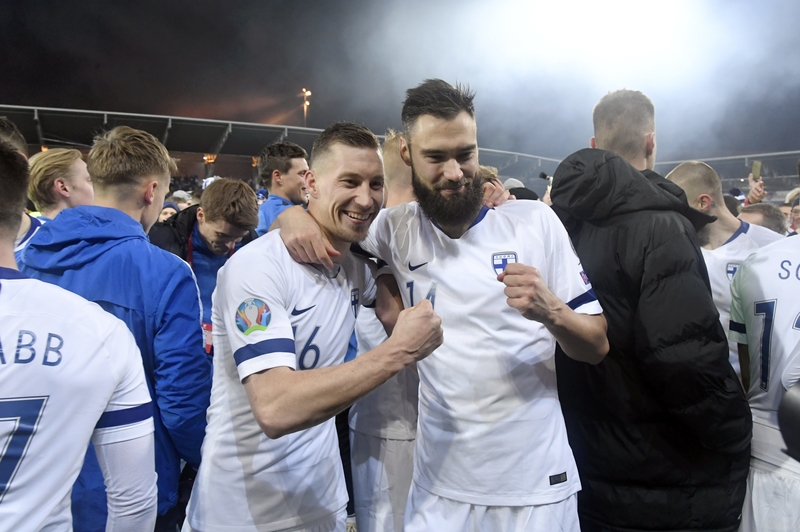 Sparv and Juha Prinnen share a moment for the cameras. 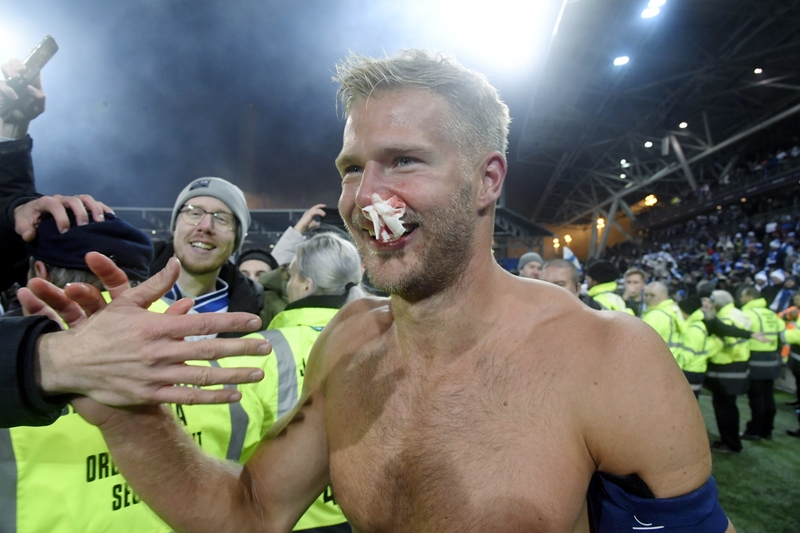 Center-back Paulus Arajuuri smiles on despite a minor injury sustained on the pitch.