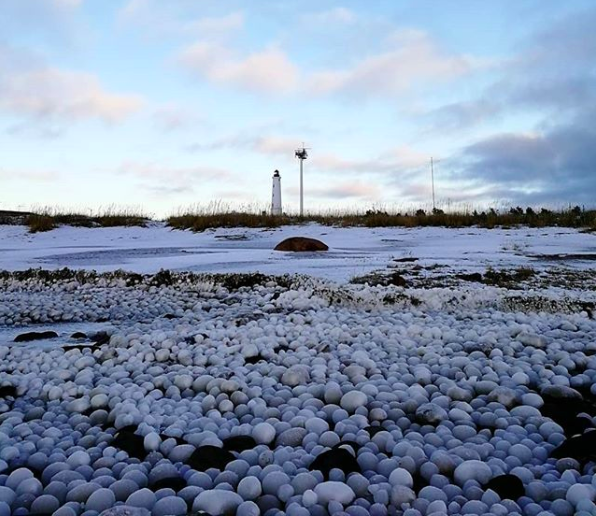 An Instagram photo of the beach, snapped by a traveler to the region (Source: @sirpatero)

THOUSANDS OF BALLS OF ICE, each the size of a full-grown chicken egg, have appeared on a beach on the Ostrobothnian island of Hailuoto, prompting a wave of adventurous travelers to flock to the region to see the natural phenomena for themselves. These rare formations occur when turbulent waves near the shore break up mounds of slush on the coastline.

The US news outlet CNN covered the phenomenon, speaking to people who had braved the trip to the icy island in order to see the supernatural-looking phenomenon for themselves. Apparently it is extremely rare for such a large amount of balls to be created in this way, with several miles of coastlines being completely covered.

You can see more photos from Hailuoto by scrolling down.