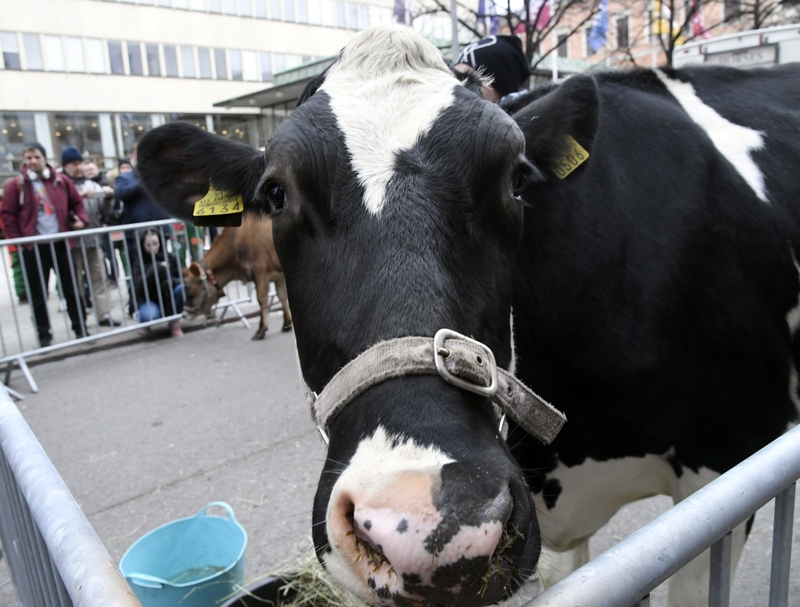 YOUTH MEMBERS OF THE CONFEDERATION OF FINNISH AGRICULTURE AND FORESTRY surprised commuters in Helsinki today by bringing a group of cows into the city centre. The cows consisted of a Jersey-breed named Orawa and a Holstein named Okadi, and were brought to Helsinki University in protest against Unicafe's recent decision to remove beef products from their menu.

The goal of the stunt was to demonstrate that cows in Finland are well-treated and to counter the environmental concerns cited by Unicafe in their decision to remove beef. The cows were also flanked by animal rights protestors and environmental activists.

You can see more of the four-legged creatures by scrolling down. 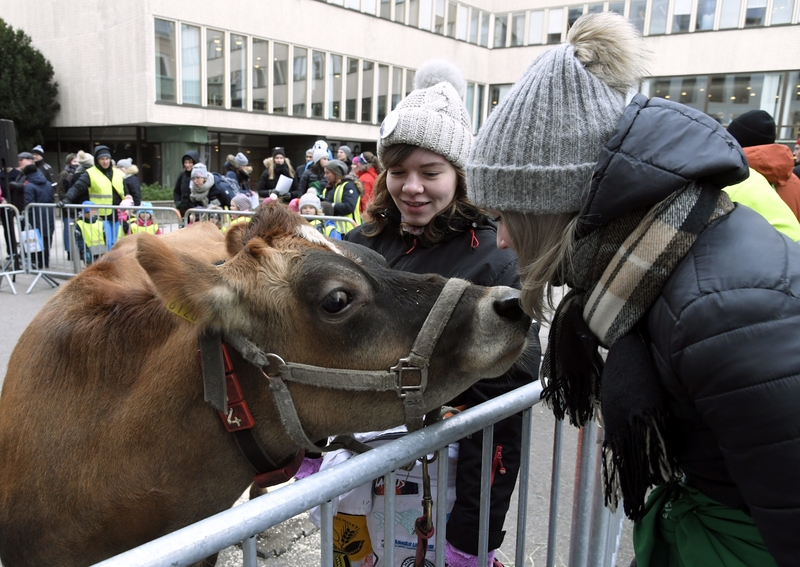 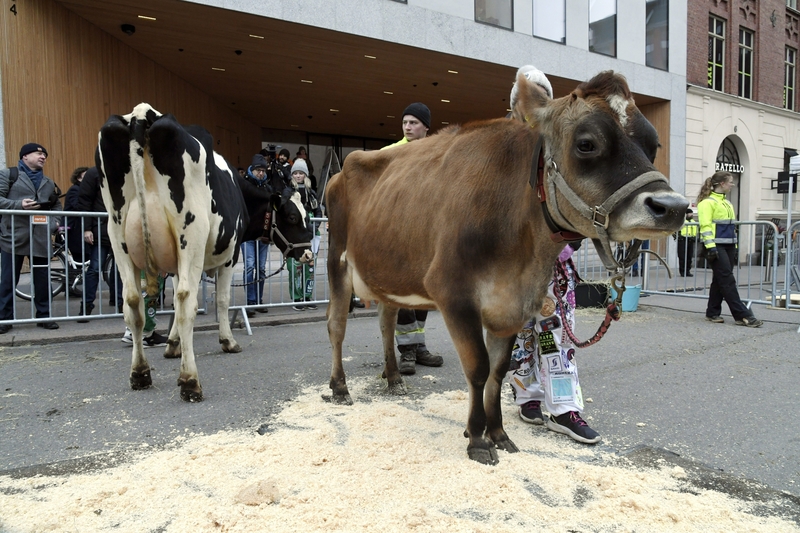