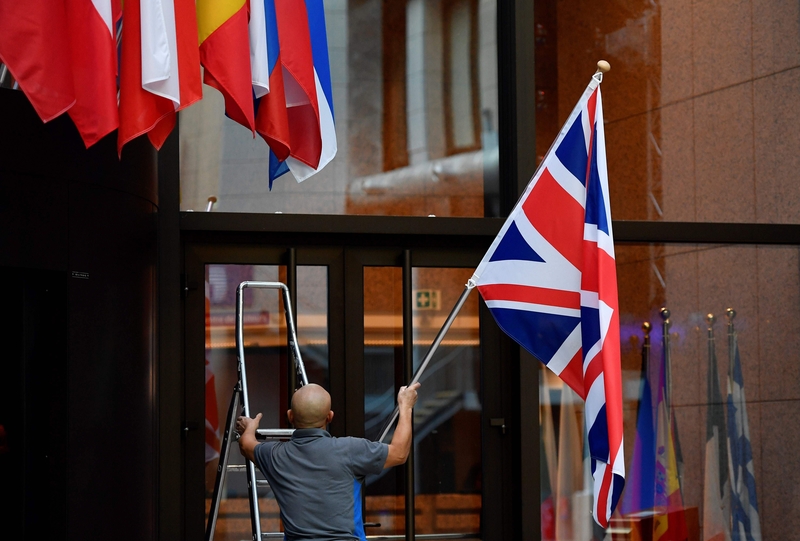 An employee hangs the UK flag at the entrance of the EU Headquarters in Brussels this morning (Image: Lehtikuva)

THERE WERE MIXED EMOTIONS ON EITHER SIDE OF THE ENGLISH CHANNEL TODAY as the EU agreed to offer another 'Brextension' on Britain's departure from the Union, with this one expected to last until 31 January. It is believed that the extension was offered with the intention to allow the UK to hold a general election, the result of which could significantly affect the outcome of Brexit.

You can scroll down to see more photos from today. 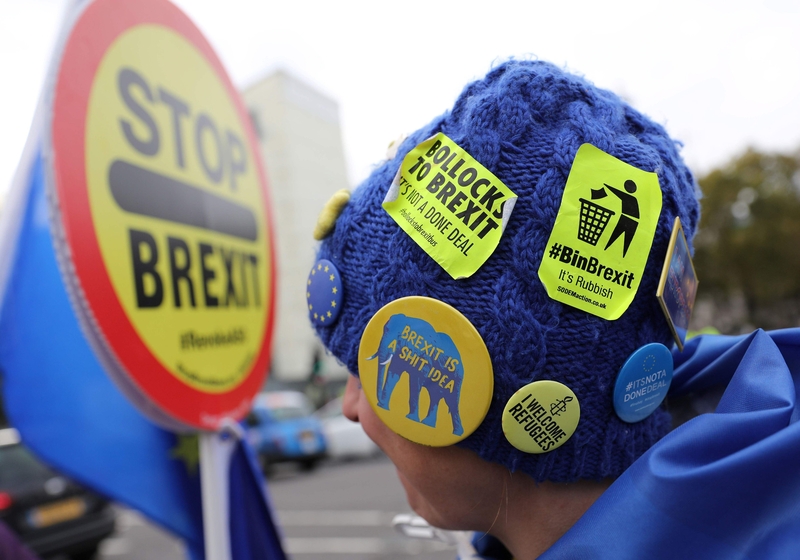 An anti-Brexit protestor outside the British parliament after heading the news of the extension this morning. 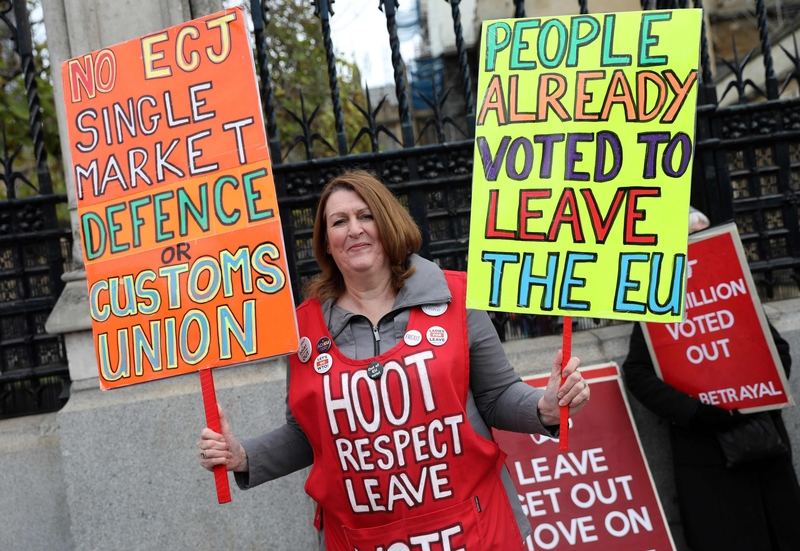 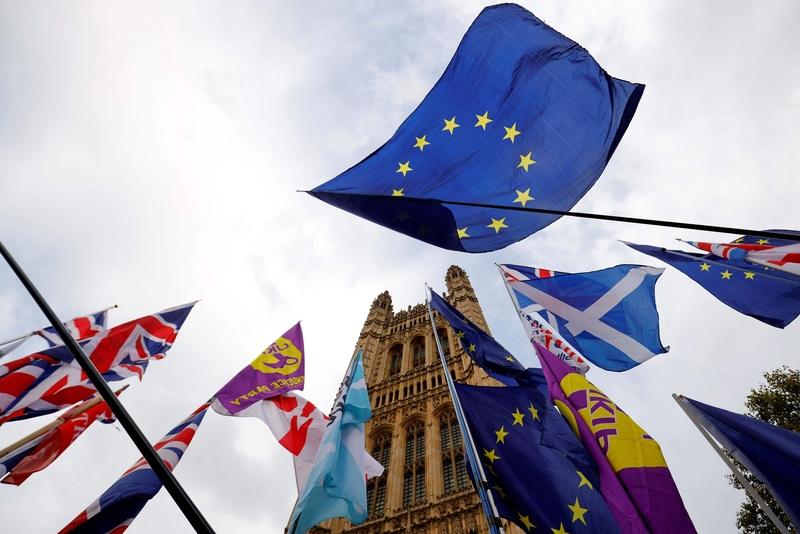 Union Jacks, EU flags, the Scottish flag, and banners from the UKIP and Brexit Parties jostle for space outside Parliament in London. 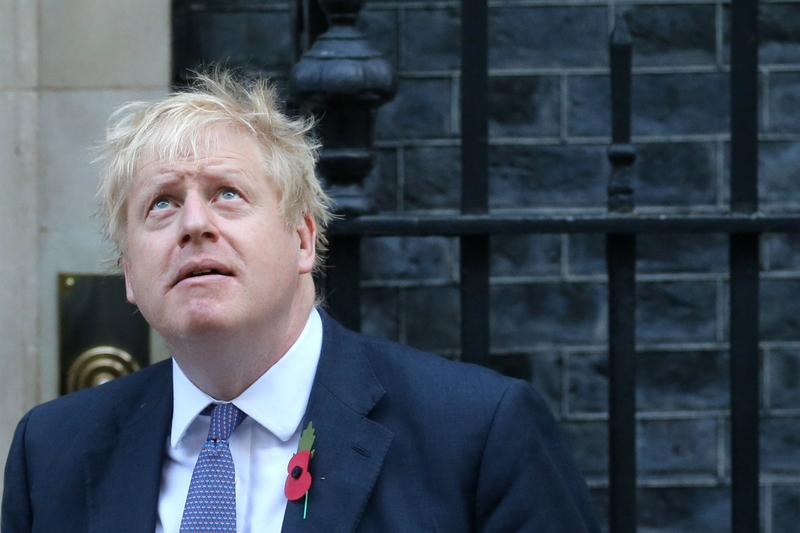 UK Prime Minister Boris Johnson on the steps of 10 Downing Street today after news of the extension had broke.