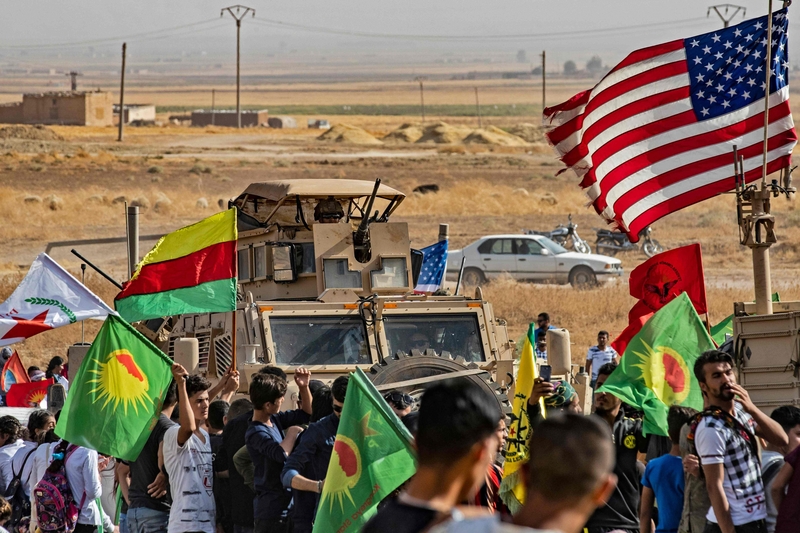 Syrian Kurds gather around a US armoured vehicle in protest on Monday afternoon (Image: Lehitkuva)

TODAY'S PHOTO ROUNDUP focuses on a protest of Syrian Kurds, who surrounded a US armoured convoy in Hasakeh Province, near the Turkish border today, brandishing Kurdish flags. The small demonstration was prompted following the news that the Trump administration will be pulling troops out of the region, making way for a Turkish offensive in northern Syria.

The abrupt foreign policy change, which will see the US depart the region after several years, was reportedly the result of a phone conversation between Trump and the Turkish leader Erdogan. The decision to effectively abandon the Kurds, who have been described as instrumental in the fight against IS, was roundly condemned on Monday. Trump defended the decision by remarking that the Kurds have been "paid massive amounts of money and equipment" from the US.

You can see more photos from the day by scrolling down. 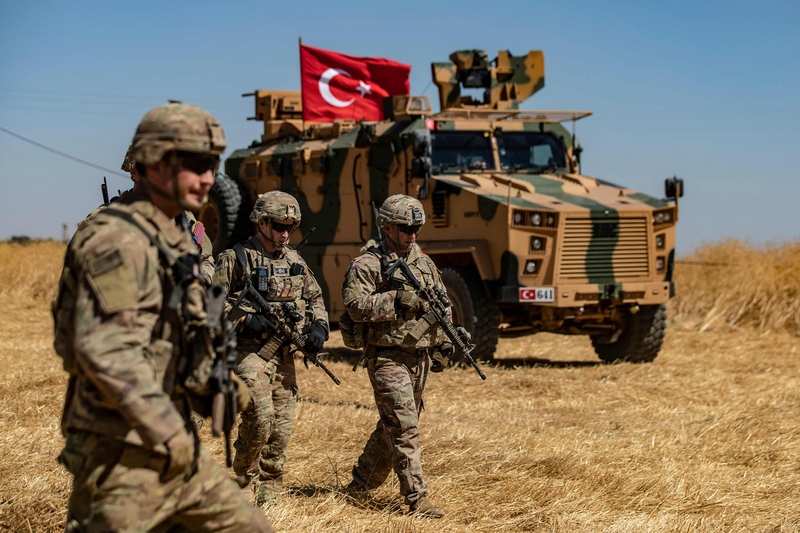