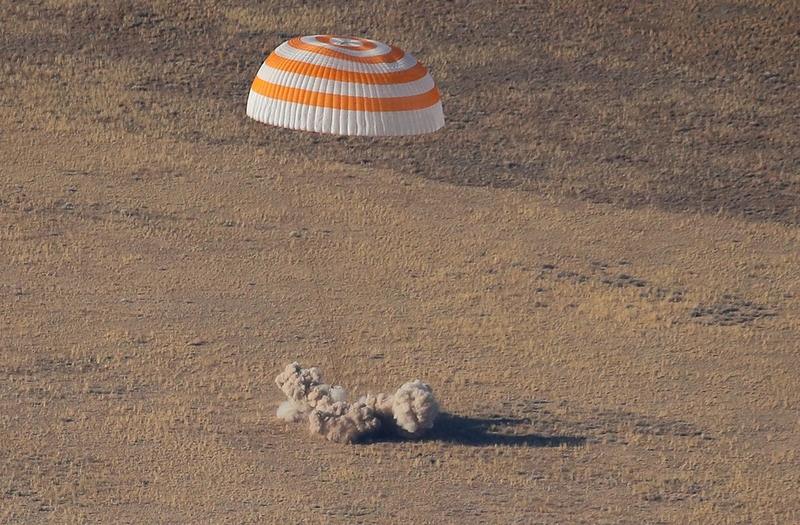 IN TODAY'S PHOTO ROUNDUP, we have an astronaut landing, an extinction rebellion stunt in London, Trump lashing out, and protests in Iraq. The main image (see above) was taken this afternoon in Kazakhstan, where the Soyuz MS-12 space capsule, carrying three astronauts, landed safely after a trip to the International Space Station. 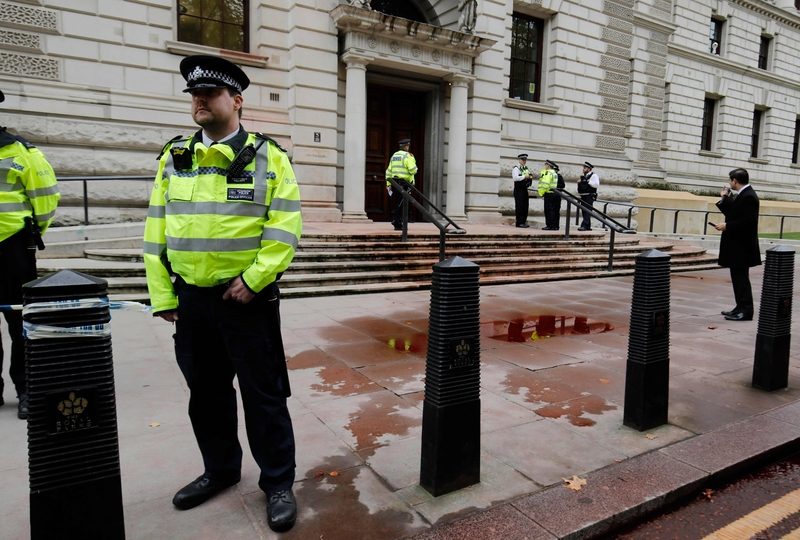 The Treasury Building in London's Whitehall today, after Extinction Rebellion protesters used an old fire truck to spray 13,000 litres of fake blood on it, in protest against the UK government's apparent lack of action against climate change. 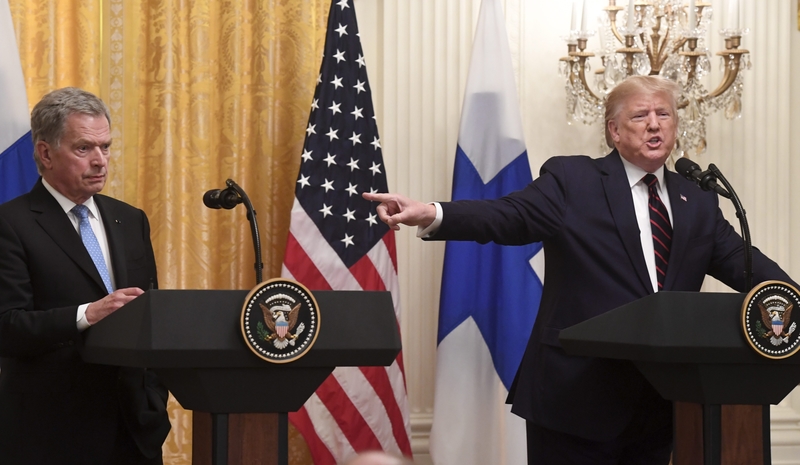 President Trump gestures toward Finnish president Sauli Niinistö in the White House, following a highly-charged press conference in which the US leader railed against the democrats and the press in a typical fashion. 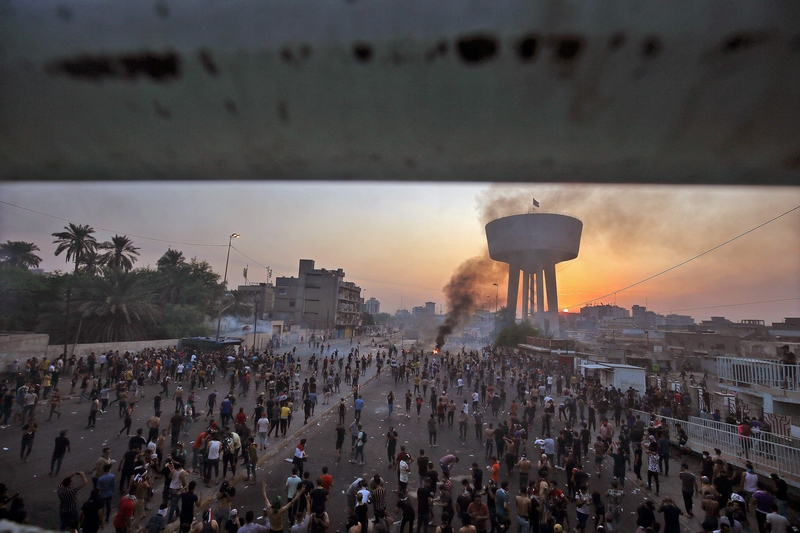 Protestors gather in Tayaran Square in Baghdad to demonstrate against state corruption. The United Nations urged Iraqi security forces to show restraint after two demonstrators were killed in clashes with the police this week.