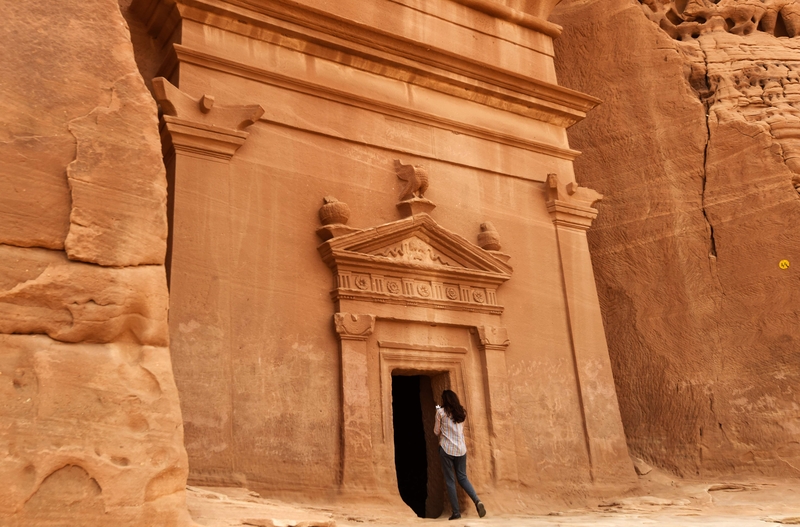 A Journalist at the tomb of Madain Saleh, a UNESCO site in Saudi Arabia (Image: Lehtikuva)

THE KINGDOM OF SAUDI ARABIA will begin offering tourist visas to non-religious travelers on Saturday for the first time in the country's history. The move is an attempt to diversify the economy of the heavily oil-reliant nation, which has become increasingly vulnerable as oil revenues become less secure.

Whilst the ultraconservative theocracy has a number of UNESCO World Heritage Sites, there is already debate over whether tourism will be successful given the country's grim human rights record, which was condemned by the UN this week. It is known that the visa programme will be available to individuals from 49 countries, including the US and many European countries.