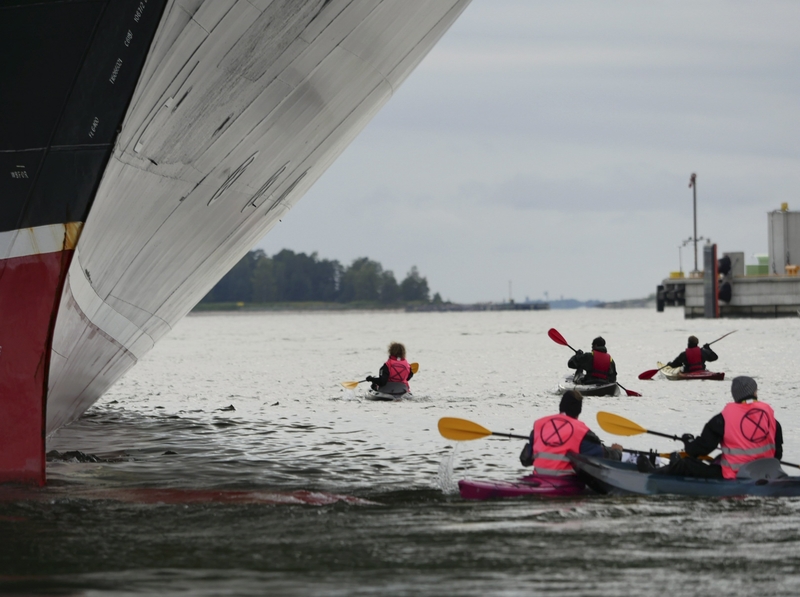 THE BRITISH CRUISE LINER MS QUEEN ELIZABETH was delayed in Hernesaari Harbour last night as climate activists from the group Extinction Rebellion surrounded it with kayaks in protest against the environmental damage caused by large ships. The ship was bound for St Petersburg and was delayed for a short while before being able to pass.

Port of Helsinki authorities confirmed to News Now Finland that activists were taken away by police following the incident. MS Queen Elizabeth is a luxury liner designed to hold over 2000 passengers and is currently completing a 14-day Baltic Sea cruise. Cruise vessels have repeatedly been criticised for the heavy pollution they leave in their wake.