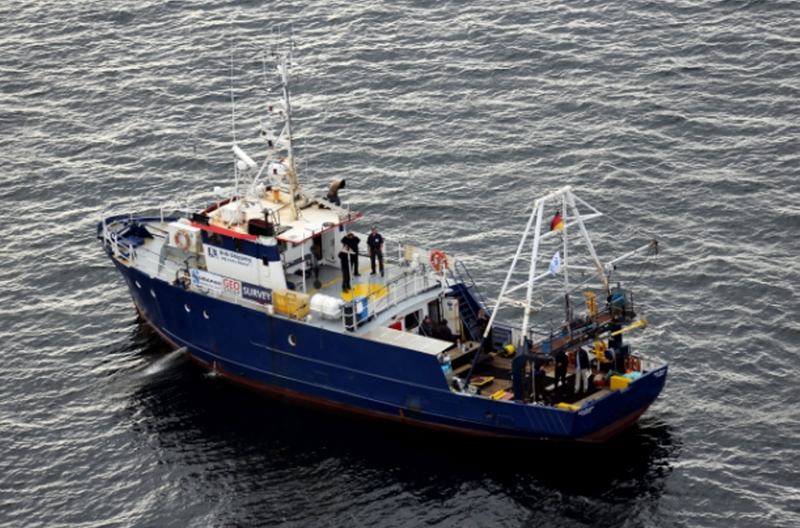 The vessel, flying a German flag, in the Baltic Sea this afternoon (Image: Lehtikuva)

A VESSEL flying a German flag was intercepted by the Finnish coastguard off the coast of Utö island today for apparently disturbing the wreckage site of the MS Estonia, a former Viking Line ferry which sank in 1994, killing 852 civilians, including 10 Finns.

The site of the wreckage is a protected area, meaning that those who disturb it can face prison sentences. The Finnish coastguard intercepted the vessel, which went by the name of Fritz Reuter, and asked them to stop. The vessel ignored the request and dispatched what appeared to be a deep-sea diving robot into the water.

It is not clear whether those on board the vessel have been apprehended or charged with a crime. This Saturday will mark the 25th anniversary of MS Estonia's sinking, widely regarded as the worst peacetime maritime disaster in the 20th century after the RMS Titanic sinking.