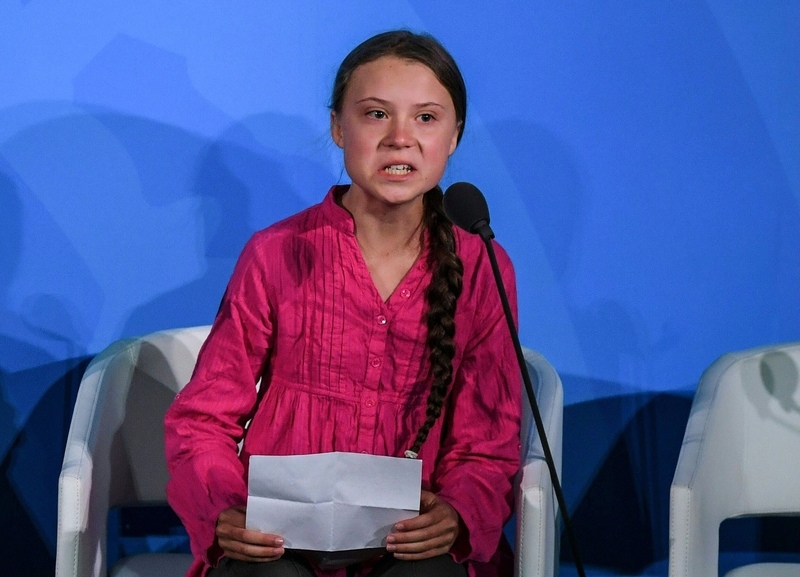 Thunberg at the UN this week (Image: Lehtikuva)

TEENAGE CLIMATE ACTIVIST GRETA THUNBERG offered a scathing rebuke to world leaders at the UN Climate Summit in New York last night, stating that they "are failing us" in their response to climate change. Her outspoken speech to delegates rapidly went viral around the world today.

Thunberg made clear than the onus should not be on a teenager to press the urgency of the matter, stating "I should not be here. I should be back at school on the other side of the ocean". She repeatedly made references to the lackluster response of political leaders to the climate crisis, receiving multiple standing ovations throughout her speech.

Afterward, it appeared that US president Donald Trump was mocking the child, who later tweeted that "she seems like a very happy young girl". The comment quickly drew condemnation from across the political spectrum.