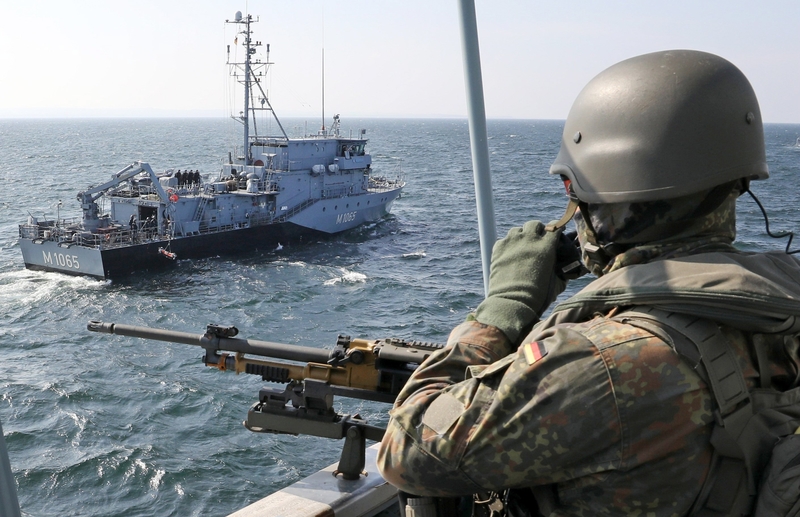 A German solider on board a warship on Wednesday (image: Lehtikuva)

US NAVAL FORCES have joined up with dozens of warships from 18 countries, including Germany and Denmark, in the Baltic Sea for one of the largest NATO exercises of the year.

The annual 'Northern Coasts' exercise sees naval forces from countries including Latvia, the UK and France conduct a strategic rehearsal in the Baltic Sea, wherein the goal is to coordinate a response to a hypothetical aggressor in the region. According to NATO, the exercise has assumed enhanced strategic importance in light of "Russia's aggressive actions in the region" in recent years.

The exercise launched in Denmark last week and will continue until the 18th of September.