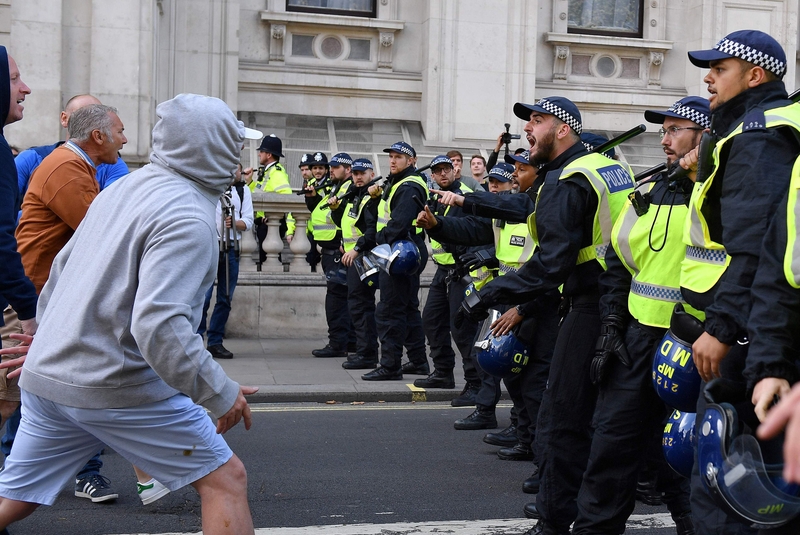 Far right protesters square off with police in Whitehall on Saturday (Image: Lehtikuva)

MEMBERS OF NUMEROUS FAR-RIGHT GROUPS clashed with police and pro-EU demonstrators in central London on Saturday, following a week of Brexit drama which has seen the British parliament move to wrest control of the process from Prime Minister Boris Johnson.

Groups such as the Democratic Football Lads Alliance (DFLA) and Britain First, which have been identified by British security services as 'hate groups', confronted pro-EU protestors with nooses and shouted threats such as "there's a lamppost just for you" to crowds on Whitehall.

Numerous arrests were made throughout the day, largely of members of far-right groups who had threatened violence towards police and protesters. Placards at the scene carried phrases such as "Brexit or we burn the country" and made reference to the language used by Prime Minister Johnson himself this week, leading to accusations that Johnson was "using the language of the far-right" in his Brexit strategy.