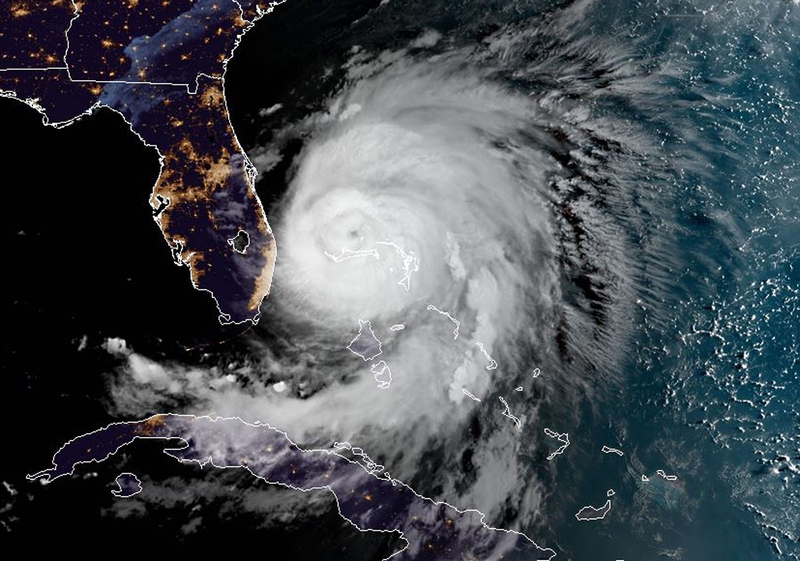 A satellite image of the photo on Monday afternoon (Image: Lehtikuva)

THE CATEGORY 5 STORM HURRICANE DORIAN has now been battering The Bahamas non-stop for a full 24-hours, with scientists saying it is on track to become one of the most severe storms in the region in recorded history.

As of the time of publication, at least five people have died and dozens have been injured across the islands, with local descriptions of "hellish" devastation being widespread.

The storm is expected to hit the United States sometime tomorrow, with Florida and Georgia being particularly exposed. Mass evacuations have been underway since the weekend.