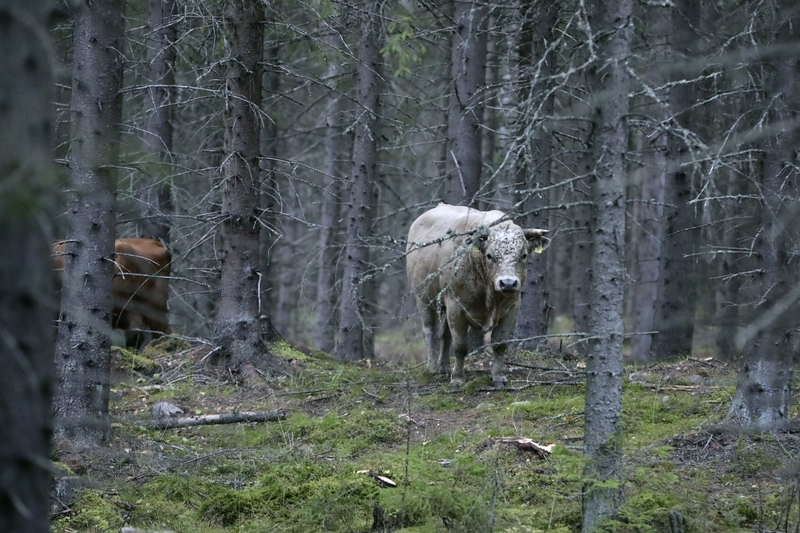 A snap of one of the escaped cows earlier today (Image: Lehtikuva)

A LARGE HERD OF CATTLE, including several fully-grown bulls, have escaped from a farm in Laukaa in Central Finland. Authorities believe the best way to remove the danger is to neutralise the entire herd, and have appealed to local hunting associations to assist.

The public have also been warned not to approach the herd, which has likely dispersed somewhat since their escape earlier today. The herd consists of beef cattle that were previously valued at tens of thousands of euros. The farm from which they escaped had little fencing or security, with the animals being allowed to roam free and largely undisturbed.