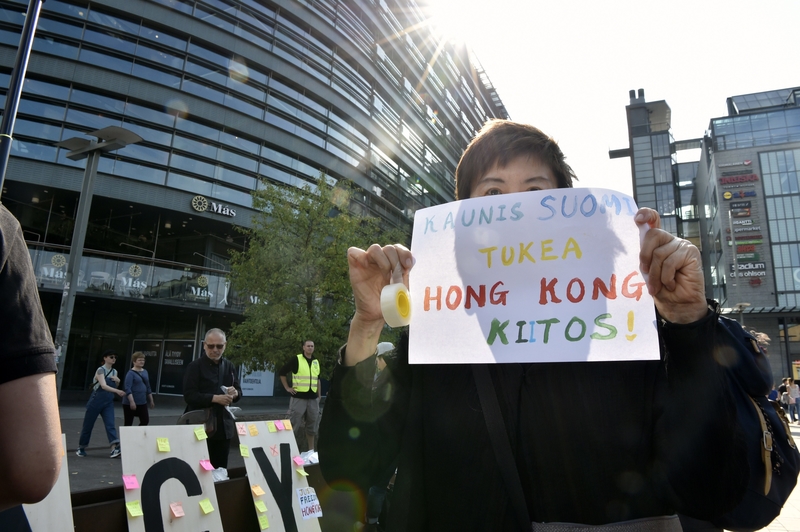 PROTESTERS FROM BOTH SIDES OF HONG KONG'S escalating dispute over Chinese control of the region faced off in Helsinki's Narinkkatori yesterday, in a peaceful protest attended by both PRC and Hong Kong citizens.

Protests in Hong Kong, a semi-autonomous region that was promised freedom from Chinese rule after the British departed the former colony in 1997, have now entered their tenth week, and stem from a controversial law that, if implemented, would require Hong Kong to extradite their own citizens to China at Beijing's request.

With protests in Hong Kong taking an increasingly violent turn, driven largely by the brutal response of police authorities against protesters, shows of solidarity with Hong Kong have been taking place in several European capitals in recent weeks.

The protests in Helsinki were attended by pro-democracy activists, who expressed a desire to see Hong Kong remain independent from Beijing's authoritarian rule. However, they were also attended by counter-protestors who appeared to express support for the People's Republic. Counter-protestors bore signs such as 'One China, No Violence', in reference to the Chinese government's position that Hong Kong is as much a part of Chinese territory as the mainland.

You can see some more photos of yesterday's events by scrolling down. 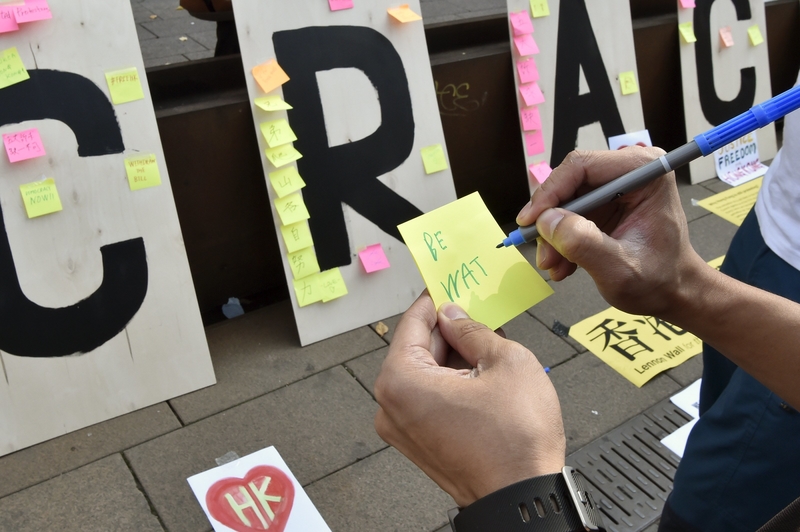 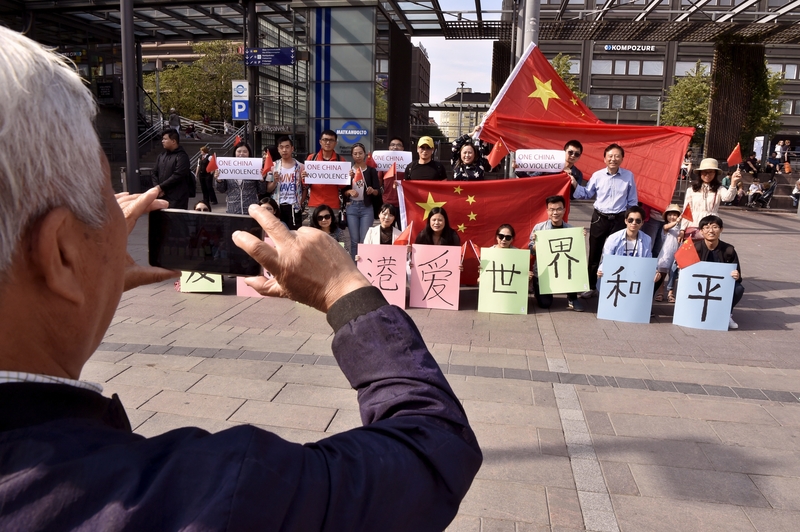