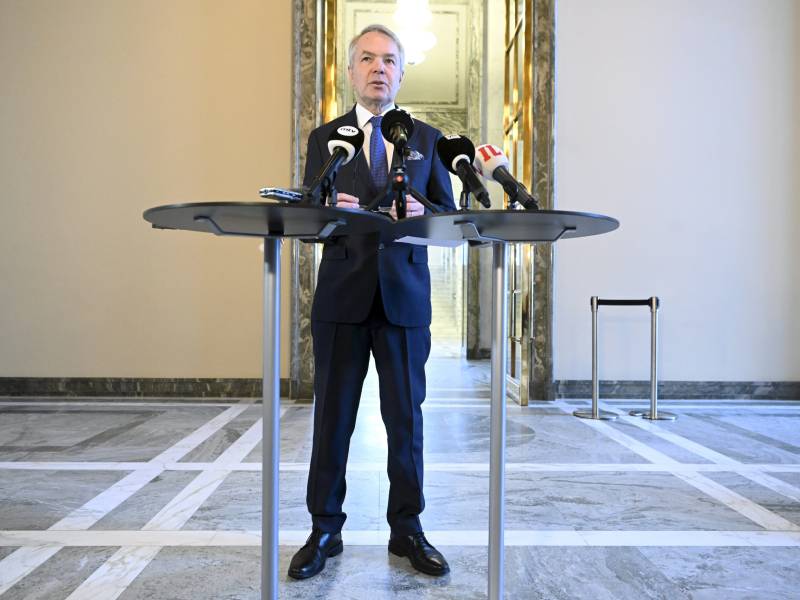 Minister for Foreign Affairs Pekka Haavisto (Greens) spoke to reporters in the Parliament House in Helsinki on Tuesday, 24 January 2023. Finland and Sweden, he assured, continue to look to join Nato at the same time. (Vesa Moilanen – Lehtikuva)

FINLAND and Sweden are continuing to work toward a simultaneous accession to Nato, assures Minister for Foreign Affairs Pekka Haavisto (Greens).

Haavisto on Tuesday stated in a press conference that he has discussed the recent hiccoughs in the accession process with both Swedish Minister for Foreign Affairs Tobias Billström and Nato Secretary General Jens Stoltenberg.

“With Billström, we’ve concluded that irrespective of all these objections Finland and Sweden will continue their joint journey to Nato. We’ll look to take measures together so that both countries can get their memberships ratified and we become Nato members at the same time,” he was quoted saying in the Finnish Parliament by YLE.

Stoltenberg, he added, has similarly outlined that the objective is that the two countries accede to the defence alliance together.

Haavisto earlier yesterday stirred up concerns in Sweden by saying Finland should re-consider its commitment to moving forward with its neighbour in the event of a long-term standstill in the process for Sweden. Sweden has recently witnessed widespread protests against Turkey, including one where protesters burned a Quran outside the Turkish Embassy in Stockholm.

“These protesters are playing with the future of Finland and Sweden,” Haavisto lamented on YLE Ykkösaamu on Tuesday.

Haavisto added later on Tuesday that Sweden is deeply concerned about the reaction of Turkey. He and Billström have estimated that the incident will translate to at least “a weeks-long delay” in the accession process.

“I honestly don’t think that after these events there’ll be any progress before the elections in Turkey [in May],” he stated to reporters in the Parliament House.

Haavisto viewed that the applications could be ratified after the elections but before the Nato summit held in Vilnius, Lithuania, on 11–12 July 2023. The summit, he gauged, marks a key juncture in the process because the defence alliance has repeatedly drawn attention to its open-door policy.

Jussi Halla-aho, the chairperson of the Parliament’s Foreign Affairs Committee, on Tuesday said Finland should give some thought to how it would proceed if Hungary and Turkey chose to ratify its application but not that of Sweden.

“If someone is of the opinion that, in that situation, Finland should refuse to join Nato, whose membership it is seeking based on its own needs, it’d be good to articulate that opinion out loud,” he commented yesterday evening on YLE A-studio.

Finland, he reminded, decided to seek membership in the defence alliance regardless of what happens in Sweden.

“Making Finland’s Nato membership conditional on another country’s membership sounds frankly pretty unusual to me,” he remarked, viewing that it is not always advisable to state the obvious publicly. “They’re deliberately being turned into racy headlines that will probably have a bigger effect than what was intended.”

The Finnish and Swedish accession protocols have been ratified by all Nato members except Hungary and Turkey.

CORRECTION: Minister for Foreign Affairs Pekka Haavisto (Greens) appeared on YLE's Ykkösaamu on Tuesday, not on Monday, as this article originally claimed.