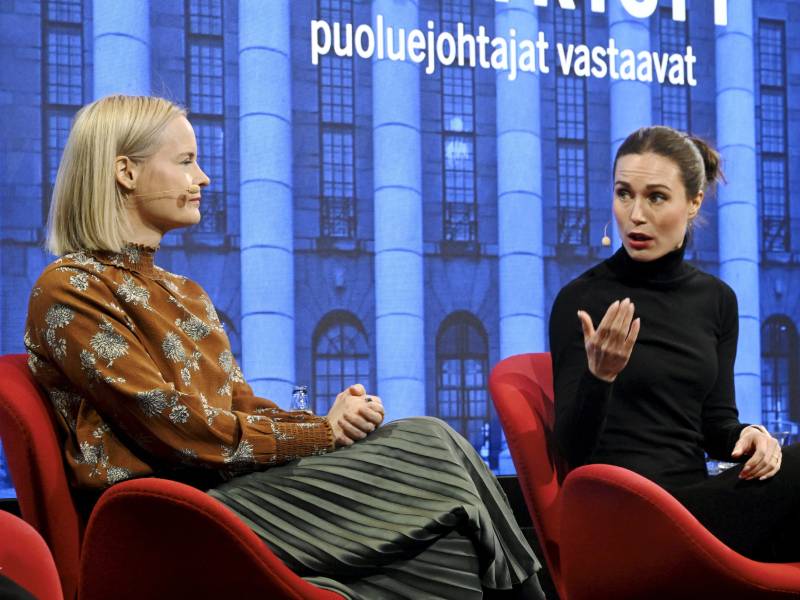 THE FINNS PARTY has emerged as the second most popular political party in Finland, reveals the latest opinion poll commissioned by Helsingin Sanomat.

The populist right-wing opposition party, the poll indicates, would receive 19.1 per cent of the vote if the parliamentary elections were held today, signalling an increase of 1.2 percentage points from December.

Support for the Finns Party has crept up steadily, poll after poll, since July.

Sakari Nurmela, the research director at Kantar Public, said the party must work hard to mobilise its supporters on election day because it has the largest share of voters who, according to their poll responses, abstained from voting in the municipal elections of 2021.

“How successful this mobilisation is will be very decisive,” he commented to Helsingin Sanomat on Wednesday.

The Social Democrats is trailing the opposition party by 0.6 points after seeing its popularity fall by 0.6 points from the previous month to 18.5 per cent. The two parties swapped places also in the latest opinion poll conducted for YLE.

The National Coalition, meanwhile, remains the most well supported party in the country in spite of a 0.7-point drop in popular support – the second drop in as many months – to 22.8 per cent, its lowest level since March 2022.

The downward trend is not attributable to anything particularly dramatic but simply to the fact that the differences between political parties tend to narrow as the elections draw closer, according to Nurmela.

“It isn’t necessarily associated with anything too dramatic. It’s a typical occurrence as the elections near,” he said to Helsingin Sanomat.

Support for the Centre dwindled by 0.1 points to an all-time low of 9.8 per cent in a poll commissioned by the daily newspaper. Both the Green League and Left Alliance similarly saw a drop in popular support, the former one of 0.6 points to 9.2 per cent and the latter 0.2 points to 7.8 per cent.

The Swedish People’s Party saw its popularity rise by 0.1 points to to 4.4 per cent, the Christian Democrats 0.5 points to 3.9 per cent and Now Movement 0.4 points to 2.2 per cent.

Nurmela reminded that swings in the approval ratings of parties – including ones of several points – are expected as parties kick off their campaigns for the parliamentary elections scheduled for 2 April.

“The closer we’re to the elections, the easier it is for even a small thing to become a very politicised bone of contention. That kind of things can lead to swings in popularity,” he stated. “All parties should keep trying until the end as it isn’t until the last stages [of the campaigns] that you try to sway swing voters.”