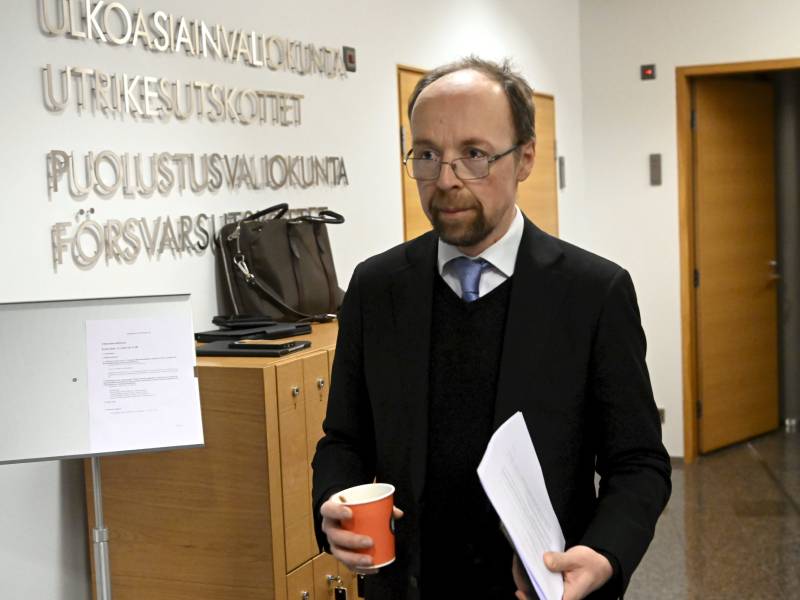 Jussi Halla-aho (PS), the chairperson of the Parliament’s Foreign Affairs Committee, was photographed arriving for a committee meeting in Helsinki on 11 January 2023. Halla-aho on Monday told YLE that Turkish President’s demand that Finland and Sweden hand over 130 “terrorists” is not based on anything concrete. (Jussi Nukari – Lehtikuva)

TURKISH PRESIDENT Recep Tayyip Erdoğan on Sunday demanded that Finland and Sweden hand over around 130 “terrorists” in order to gain the support of Turkey for their bids to join Nato, according to media reports in Turkey.

“Unfortunately, they have yet to do this,” the president was quoted saying at a youth rally by state news agency Anadolu.

Jussi Halla-aho, the chairperson of the Finnish Parliament’s Foreign Affairs Committee, on Monday estimated on YLE A-studio that the number is not based on anything concrete.

“It’s more or less a number that was pulled out of a hat, that was used to raise the stakes in response to the provocation that took place in Sweden,” he analysed, referring to a recent incident where protesters hung an effigy of the president from its feet outside the Stockholm City Hall.

Swedish Prime Minister Ulf Kristersson has described the incident as “an act of sabotage” aimed at complicating the country’s path to Nato.

Halla-aho on Monday told the Finnish public broadcasting company that the Swedish policy makers he has talked to since the demand surfaced have no idea who the alleged terrorists are. “They couldn’t get to 130 with their own calculations,” he said.

Minister for Foreign Affairs Pekka Haavisto (Greens) on Monday similarly stated that Turkey has not submitted a new list of people it believes should be extradited.

Speaker of the Parliament Matti Vanhanen (Centre), meanwhile, expressed his puzzlement with the continuous demands of Erdoğan, arguing that Turkey is surely aware that the extraditions it is demanding are not possible.

“Maybe it’s that they aren’t yet ready to make the ratification decision. I don’t know the reason for it,” said Vanhanen. “We meet all the criteria for Nato membership.”

Turkey and Hungary are the only Nato members that have yet to ratify the accession protocols of Finland and Sweden. Hungary, though, has indicated that it would give its backing to the defence alliance’s expansion and ratify the bids in early 2023.