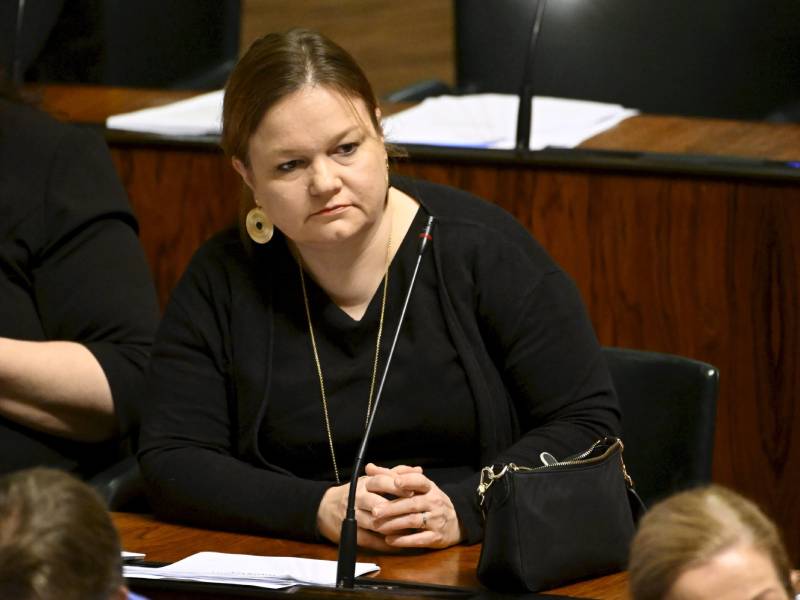 Minister of Family Affairs and Social Services Krista Kiuru (SDP) attended a plenary session in the Parliament House in Helsinki on 21 December 2022. Kiuru has repeatedly called for a 700-million-euro package to bring down the backlog in social and health care services. STT on Wednesday, though, reported that the value of the package may be as low as 200 million euros. (Vesa Moilanen – Lehtikuva)

THE FINNISH government has yet to narrow down the value of the funding package designed to bring down the backlog in social and health care services.

STT on Wednesday reported that a source familiar with the matter said the package is likely to be worth 200–700 million euros. Another source, similarly, stated that the range of outcomes remains wide, from “hundreds of millions” to “less than a billion”.

The package is presently being discussed by ministerial aides, with a view to making the decision as part of the supplementary budget draft that is to be submitted to the Parliament in late January.

Minister of Family Affairs and Social Services Krista Kiuru (SDP) proposed late last year that 700 million euros be allocated for reducing the backlog in care and rehabilitation services, a figure she has repeated several times since.

On Tuesday, the government unveiled for feedback a proposal to allocate 100 million euros for offsetting the effects of soaring energy and fertiliser prices for agricultural businesses. While the value of the package can change depending on the development of energy prices, it looks set to fall well short of the initially speculated 300 million euros.

Given the urgency of the proposal due to the timetable for the supplementary budget, feedback on the proposal is accepted until next Tuesday.

STT on Wednesday pointed out that if both support packages were implemented at the initial scope, with a total value of around one billion euros, they would push the government well over its spending framework.

Minister of Finance Annika Saarikko (Centre) underlined late last year that the packages together should not exceed the roughly 400 million euros left in the framework.

The Finnish government is also drafting a support scheme worth up to 400 million euros to alleviate the electricity costs of households. Prime Minister Sanna Marin (SDP) has estimated that the cost of the scheme could be covered retroactively with revenues generated by the windfall tax to be imposed on energy companies starting in 2024.