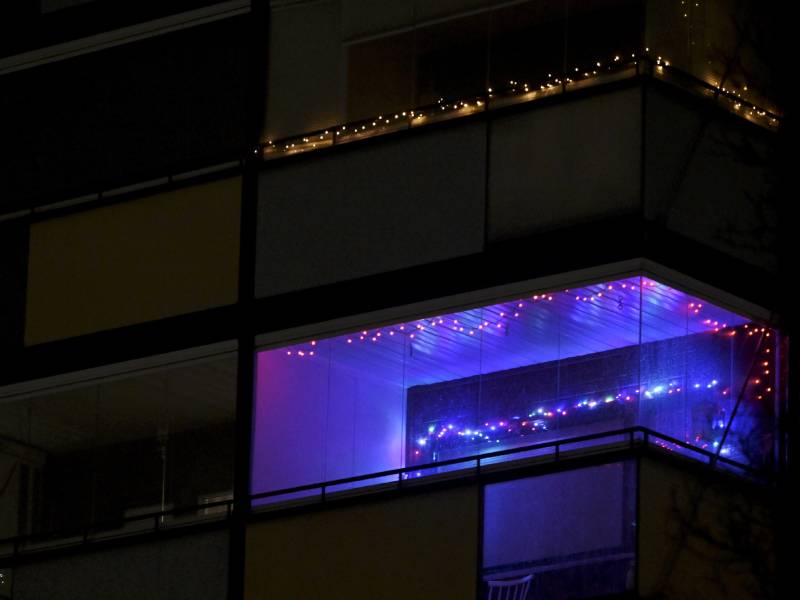 Christmas lights on windows in Espoo on Wednesday, 21 December 2022. The Finnish government has confirmed it intends to compensate households for a yet-to-be-decided share of their electricity costs in November—February. (Heikki Saukkomaa – Lehtikuva)

THE FINNISH GOVERNMENT on Wednesday shed further light on its proposals to help households to weather the high electricity prices of this winter.

The Ministry of Economic Affairs and Employment confirmed that the government will compensate households bills for electricity costs incurred during the four winter months. The lump-sum compensation will be based on monthly electricity costs in excess of 100 euros in November and December.

The compensation also has a monthly maximum limit of 700 euros. It is to be disbursed to households through their electricity bills early next spring.

No agreement was apparently reached on the share of costs to be compensated, but the tentative calculations that served as the starting point for the government negotiations set the share at 50–80 per cent. The Ministry of Economic Affairs and Employment did state, though, that the scheme would cost at most 400 million euros.

Prime Minister Sanna Marin (SDP) on Wednesday said Members of the Parliament will receive the proposal at the start of the spring term, according to YLE.

The Finnish government also agreed to move forward with legislation that enables extending the payment terms of the electricity bills of both businesses and consumers. It will also devise its proposal for a cap on electricity prices early next year, but estimates suggest that the cap will enter into effect at the earliest in March or April.

Several experts have voiced their reservations about the cap, warning that it could discourage households to save electricity and consequently exacerbate the electricity shortage that is the root cause of the high prices.

The support measures are to be funded partly with revenues generated by the windfall tax to be levied on the profits of energy companies in 2024.

Lauri Kajanoja, an economic policy coordinator at the Ministry of Finance, told STT on Wednesday that income differences could have been taken into consideration in the support measures directed at households.

“However, the support schemes that were created in the autumn and are about to be created have been drafted so quickly that it hasn’t been possible to combine them with income data,” he said.