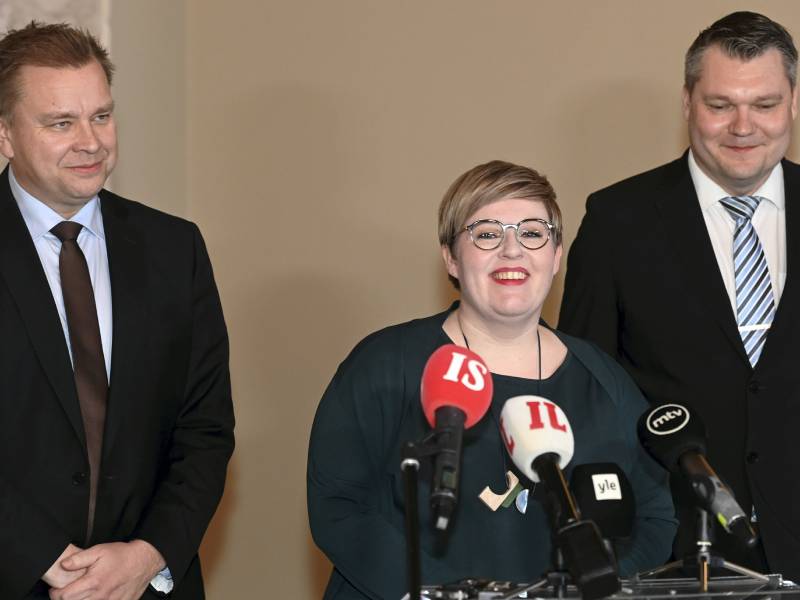 The Centre’s Antti Kaikkonen (left), Annika Saarikko and Mikko Savela reacted at a news conference in Helsinki on Thursday, 15 December 2022. Saarikko confirmed that Savela will take over the duties of the minister of defence during the roughly two-month paternity leave of Kaikkonen in early 2023. (Heikki Saukkomaa – Lehtikuva)

MIKKO SAVOLA (Centre), a third-term Member of the Parliament from South Ostrobothnia, is set to take over the portfolio of the minister of defence for the duration of the paternity leave of Antti Kaikkonen (Centre).

Savola on Thursday was confirmed as the nominee to become the caretaker minister by the leadership bodies of the Centre Party.

Minister of Finance Annika Saarikko, who leads the Centre Party, on Tuesday proposed that Mika Lintilä (Centre) hold two ministerial portfolios – defence and economic affairs – during the leave of Kaikkonen. Savola, who is a member of the Parliament’s Defence and Foreign Affairs Committees, threw his hat into the ring a day later, ultimately winning the unanimous backing of the centre-right agrarian party.

Saarikko on Thursday revealed that her proposal had stirred up concerns within her party comrades about one cabinet member overseeing the handling of both the energy crisis and the accession to Nato.

“New shades entered into the deliberation in the past few days as energy prices jumped to record highs,” she explained. “Citizens were rightfully concerned whether the same minister can handle two key ministerial posts during the crisis winter. When the circumstances change, you have to also change your view.”

Saarikko on Twitter described Savola as skilled and reliable, reiterating that the low temperatures seen this week showed that “combining the two portfolios isn't smart”.