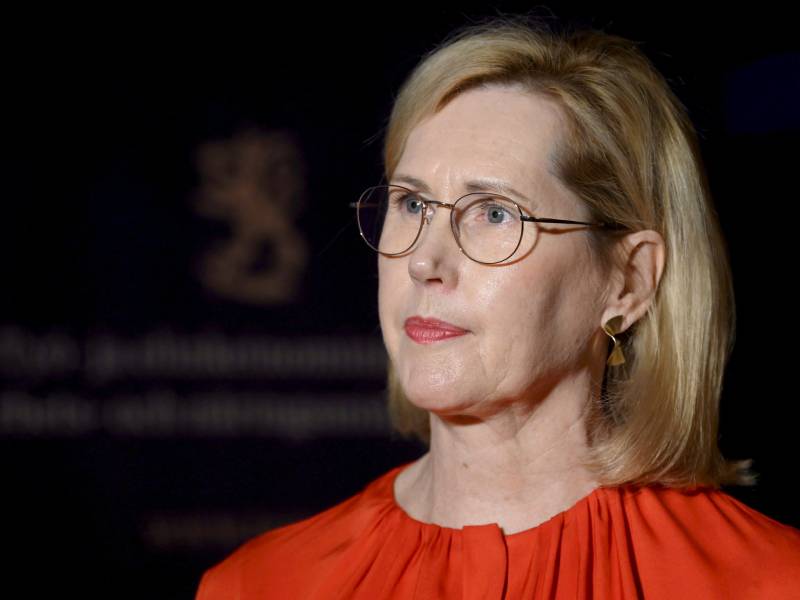 Minister of Employment Tuula Haatainen (SDP) attended a seminar organised by the Ministry of Economic Affairs and Employment in Helsinki on 28 November 2022. Haatainen on Monday viewed that an attitudinal is certainly needed at the Finnish Immigration Service (Migri). (Emmi Korhonen – Lehtikuva)

MINISTER OF EMPLOYMENT Tuula Haatainen (SDP) and Minister of the Interior Krista Mikkonen (Greens) have asked the Finnish Immigration Service (Migri) to provide an account of the work-permit issues that were brought to public attention last weekend.

Haatainen on Monday told STT in the Parliament House that the account will be used to develop an overall understanding of the situation.

Helsingin Sanomat on Saturday revealed that Migri had denied the residence permit application of and made criminal accusations against a Mongolian nurse who had received her qualifications and worked in Finland. YLE on Sunday reported that Migri has granted work permits for Thai women for massage work unbeknownst to authorities responsible for combating human trafficking.

Haatainen said she hopes the agency will present its response as quickly as possible, adding that she cannot comment on the details of the nurse’s case until she has examined the response.

She estimated on a general level that attitudinal changes are definitely needed, however.

“The Immigration Service’s historical background has perhaps been to rigorously look for reasons to deny someone entry to Finland. The situation today is that we need work-based immigration. Of course you have to check the backgrounds [of applicants], that’s absolutely clear, but I’m sure a kind of an attitudinal change is needed here.”

Haatainen also declined to comment on whether the agency’s organisational structure should be revamped to, for example, set up a separate lane for work-based immigration – an idea that has been floated in public.

The Finnish government, she added, has already had discussions about the organisation of work-permit procedures.

Migri falls within the administrative domain of the Ministry of the Interior. The Ministry of Economic Affairs and Employment, meanwhile, is responsible for work-based immigration.