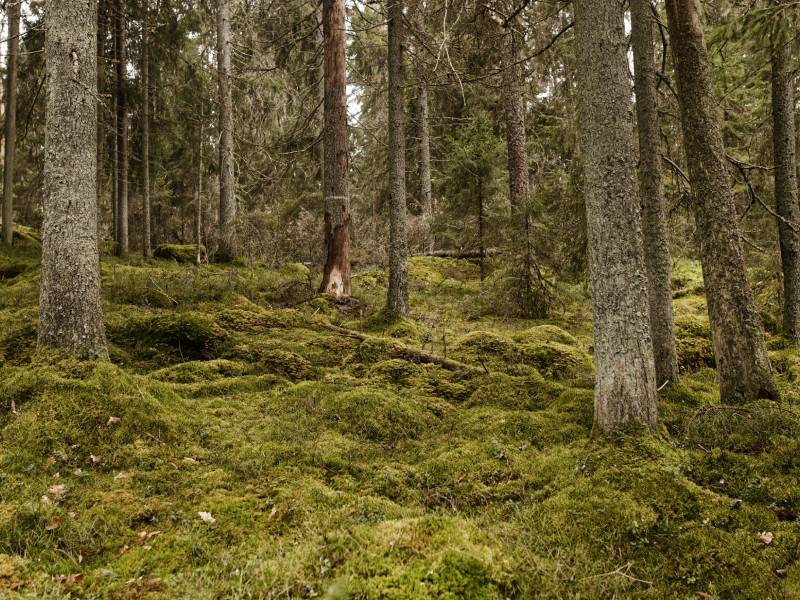 Snowless detritus in Bodom, Espoo, in January 2020. The Finnish Parliament’s Grand Committee on Wednesday confirmed that Finland will insist on revisions to the European Commission’s proposal for a nature restoration law. (Roni Rekomaa – Lehtikuva)

THE GRAND COMMITTEE of the Finnish Parliament finalised its statement on the nature restoration law proposed by the European Commission.

The committee concluded that the law cannot be approved unless it is amended substantially, national forest policy interests are taken into consideration and national costs are made substantially more reasonable.

The law has been estimated to inflict direct annual costs of 931 million euros on Finland, about 12.5 per cent of all direct costs.

The Grand Committee argued that the law must not impose an unreasonable burden on the national economies of member states and set forth objectives that are ambitious but also feasible. It should also take into account the varying states of nature and other special characteristics of member states and the rights and property protection of land owners.

“The regulation must be socially, economically and ecologically sustainable,” it said. “The Grand Committee additionally emphasises that the social acceptance of the proposal is key for reaching the set objectives.”

The statement also calls for the promotion of efforts to halt biodiversity loss and support for the goals laid down in the biodiversity strategy of the European Union.

The European Commission has drafted the law to oblige all member states to restore natural sites and improve the overall well-being of nature. The Finnish position on the law is defined effectively by the statement of the Grand Committee, according to Helsingin Sanomat.

“I think the main thing is that we reached an understanding on Finland starting discussions on the issue,” Satu Hassi (Greens), the chairperson of the Grand Committee, summarised to Helsingin Sanomat.

Finland, she added, will approach the discussions “critically” but “constructively”.

“I think this constitutes a ‘yes, but’ stance, meaning we’ll start the negotiations, think that the issue is important but want changes,” commented Hassi.

The Grand Committee approved the statement by a vote of 20 for and 5 against, with the only opposition coming from members of the Finns Party. The opponents also attached a dissenting opinion to the statement, demanding that the law not be approved in any form.

“The restoration law proposed by the commission is completely out of whack. The EU’s treaties don’t establish a legal foundation for common forest policy. Yet, the European Commission has made proposals this term that seek to either directly or indirectly affect our forests,” stated Jani Mäkelä (PS), a deputy chairperson of the Grand Committee.

The Finns Party described the report as an uninspiring compromise between the Centre and Green League.