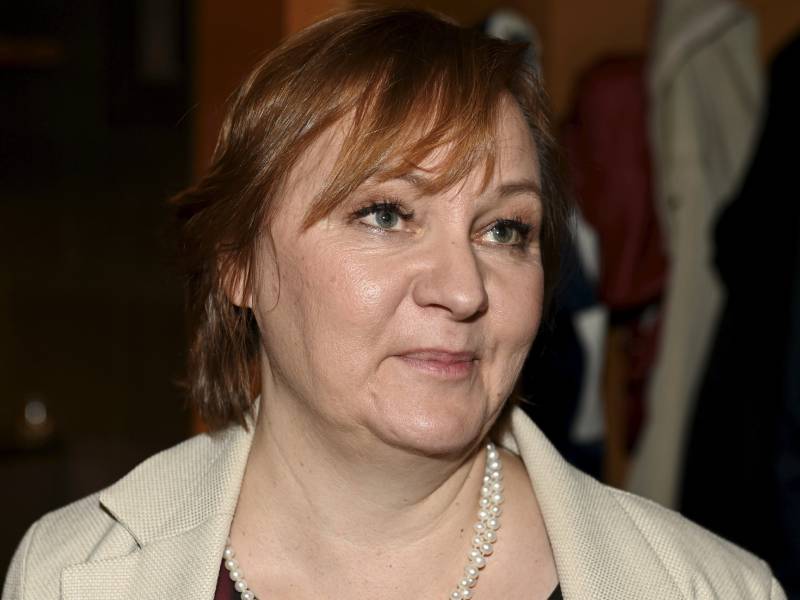 Anne Kalmari (Centre), the chairperson of the Parliament’s Agriculture and Forest Committee, attended a panel discussion in Helsinki on 9 November 2022. Information obtained by Helsingin Sanomat suggests Kalmari was the key architect of the revisions introduced to the government bill for a new nature conservation act, a bill the agrarian centre-right party had previously approved. (Heikki Saukkomaa – Lehtikuva)

THE CENTRE PARTY has continued its campaign to resuscitate its ailing popularity by shooting down legislative proposals it had signed off on as part of the ruling coalition, frustrating its coalition partners.

Members of the Centre in the Parliament’s Environment Committee on Tuesday sided with the opposition parties in opposing a government bill for a new nature conservation act, one of the most important legislative projects of the election cycle for the Ministry of the Environment.

The bill had been drafted to expand biodiversity safeguards and been approved unanimously by all five ruling parties.

Hanna Kosonen (Centre), the chairperson of the Environment Committee, reportedly ordered members of other ruling parties to leave the committee meeting before the vote so that her party comrades and opposition parties could devise a counter-proposal. The counter-proposal won by a vote of nine to eight on the back of support from the Centre, Christian Democrats, Finns Party and National Coalition.

“The situation was completely exceptional,” Emma Kari (Greens) told Helsingin Sanomat. “I haven’t experienced this before and I could’ve never imagined lawmakers would be ordered to leave a committee meeting.”

The counter-proposal did away with provisions in the bill that deal with endangered habitats and how they should be taken into account in decision making on, for example, zoning and environmental permits.

The revisions severely undermine the bill, according to environmental groups.

The Centre’s parliamentary group and ministerial group had both approved the original bill in the spring after months of negotiations during which it was watered down to appease the agrarian centre-right party. The main architect of the last-minute revisions was Anne Kalmari (Centre), according to information obtained by Helsingin Sanomat.

The turnabout was interpreted as a desperate and shameless stunt to revive the party’s fortunes ahead of the parliamentary elections in April 2023.

Minister of the Environment and Climate Change Maria Ohisalo (Greens) argued that the issue is about more than a single bill. “Is the Centre capable of shouldering responsibility?” she asked on Twitter.

Atte Harjanne, the chairperson of the Green Parliamentary Group, said the Centre has effectively unilaterally abandoned coalition co-operation, adding that he hopes the party honours its earlier commitment by supporting the bill in the Parliament.

“Allying with the opposition at this stage of the legislative process is not the behaviour of a ruling party,” he added. “This kind of behaviour erodes the credibility and reliability of politics – most of all for the Centre.”

Harjanne also reminded that one in nine species and nearly half of habitats are considered vulnerable in Finland.

The Centre appears to be unsure whether it wants to be a ruling or an opposition party, viewed Minister of Education Li Andersson (LA).

“Although I wasn’t expecting much, the Centre managed to yet again surprise me by flagrantly breaking common rules. By watering down the nature conservative act, it is letting down not only the ruling bloc but also Finnish nature,” she slammed.

“Having a functioning government is particularly important at a time of crisis. The ability to function requires mutual trust and honouring previous agreements. The Centre going solo undermines the entire country’s stability in these challenging times. I find it impossible to understand this choice.”

The ruling five-party coalition will convene to mull over the situation by early next week, Antti Lindtman, the chairperson of the Social Democratic Parliamentary Group, stated on YLE A-studio on Tuesday.

While the Ukraine war and energy crisis have held the ruling coalition together despite increasingly obvious ideological differences, Prime Minister Sanna Marin (SDP) finds herself in a difficult position especially if the unruly coalition partner continues to shoot down government proposals in the Parliament.

Marin breaking up the coalition, though, would allow the party to prepare for the elections in the opposition and possibly shift the blame to her and her party for failing to avoid a coalition crisis.

The Centre is already responsible for the scrapping of a slew of legislative proposals by withdrawing its support for the so-called exit tax, a tax that would have applied to no more than a few dozen wealthy individuals who divest assets abroad that had appreciated while they were residing in Finland. Its turnabout prompted other ruling parties to re-consider proposals they found unpleasant.

Helsingin Sanomat on Tuesday wrote that the Centre leadership concluded early this autumn that, as a whole, the legislative projects still on the agenda are not important enough that it could not torpedo them in order to boost its popularity.

Support for the Centre hovers at around 10–11 per cent, according to the latest polls by YLE and Helsingin Sanomat.