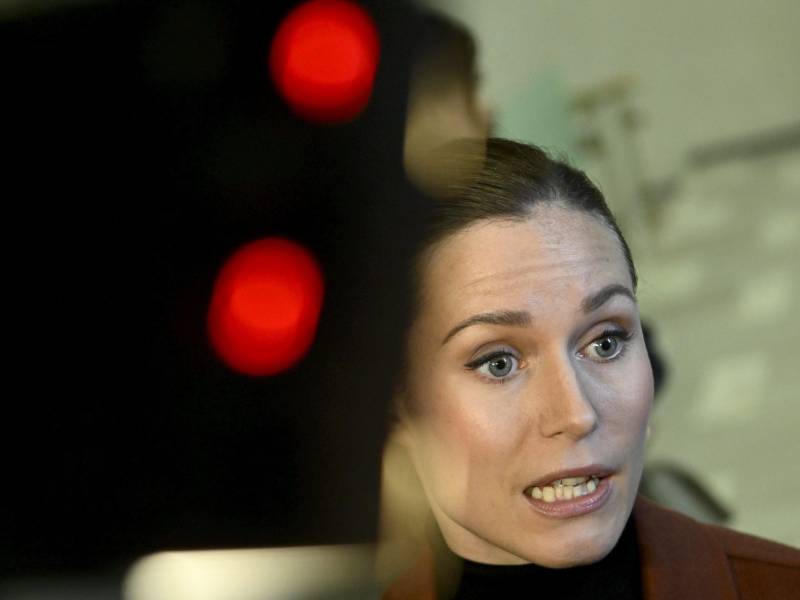 Prime Minister Sanna Marin (SDP) spoke to reporters in the Parliament House in Helsinki on Thursday, 17 November 2022. Marin said she would have preferred that the ruling parties held on to their original agreement on a swathe of legislative proposals. (Vesa Moilanen – Lehtikuva)

THE GOVERNMENT of Prime Minister Sanna Marin (SDP) on Thursday reached a watered-down agreement on its final series of legislative proposals to the Finnish Parliament.

Both YLE and Helsingin Sanomat wrote that the agreement was reached by scrapping practically all of the divisive proposals, including congestion fees, the so-called exit tax, re-think of the employment condition for earnings-related unemployment allowance, tax incentive for research and development activity and student-debt credit trial for graduates who take up jobs in certain eastern and northern parts of Finland.

The Parliament was or will be presented the proposals to revamp the funding of social and health care services, promote the use of bio-based fuels and update the act on the Sami Parliament.

The government had pledged to submit all new bills for parliamentary consideration by yesterday to make sure they can be processed by the end of the electoral term.

Marin on Thursday assured reporters that the government remains able to function despite the internal disagreements. The Centre, she added, is responsible for the mess because it backed down on earlier agreements and prompted other ruling parties to withdraw their support for unpleasant proposals.

“When you try to cherry pick – in this case, block legislative proposals you don’t like – it’s clear that agreements on other projects are back on the table. I personally would’ve liked to hold on to the original agreements,” she was quoted saying by Helsingin Sanomat.

Minister of Finance Annika Saarikko (Centre) contrastively expressed her satisfaction with the fact that most of the divisive proposals were scrapped, arguing that it guarantees the government’s ability to function.

“Most of the laws ended up in the political waste bin, and I’m pleased about that,” she said, pointing particularly to the exit tax and overhaul of vocational education funding.

While she conceded that some of the abandoned proposals were important particularly for the Centre, she estimated that the outcome was better than pursuing divisive proposals at the cost of the ability to function.

“The bump or pothole that this caused in the government’s work was naturally not desirable, but I think it was necessary to reach this outcome,” she told Helsingin Sanomat.

Saarikko herself was disappointed about the collapse of the tax incentive for research and development. The National Coalition Parliamentary Group on Thursday announced it has submitted a proposal on the incentive that largely matches the government's proposal, drawing at least tentative support from some ruling parties.

“I’m absolutely certain that the Centre Parliamentary Group will commit to the proposal,” said Saarikko.

The government abandoned its proposals to expand the right to tax the revenues of specialised real estate funds and the income of foreign employees working on a short-term basis formally for a foreign employer in Finland.

Also scrapped were the proposals to grant alien passports to otherwise eligible residence permit applicants without travel documents, increase pay transparency by facilitating employee access to the pay details of colleagues, and revise the funding of vocational education to help students pursuing both a vocational and upper secondary degree.