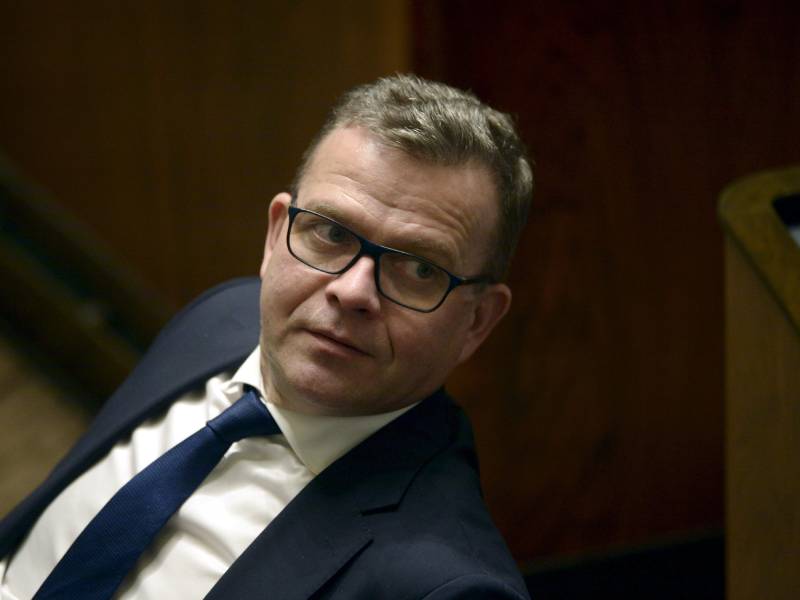 Petteri Orpo, the chairperson of the National Coalition, attended a question-time debate in the Finnish Parliament on 10 November 2022. The National Coalition holds a comfortable lead over other political parties with less than five months to go until the next parliamentary elections, shows the latest poll by Helsingin Sanomat. (Mikko Stig – Lehtikuva)

POPULAR SUPPORT for the Centre Party has continued falling from what was already an all-time low, according to the latest opinion poll commissioned by Helsingin Sanomat.

The centrist conservative party, the poll found, would win 10.1 per cent of the popular vote if the parliamentary elections were held now, representing a decrease of 0.3 percentage points from the poll published in October.

While the latest results were published amid widespread reporting about conflicts within the ruling five-party coalition, it is unlikely that the conflicts had a significant impact on the results as they did not emerge until at the very end of the polling period, Sakari Nurmela, the research director at Kantar Public, said to Helsingin Sanomat.

Such tactics have typically have not had a major impact on the approval ratings of parties, according to him.

“These sorts of things that aren’t too important for a large group of people have rarely shifted approval ratings one way or the other,” he commented to the daily. “In general, it’s not a particularly successful tactic.”

The Centre has, for example, sought to prevent the government from moving forward with its bill to overhaul the act on the Sami Parliament. Such posturing stems certainly partly from actual differences of view but partly possibly also from the recent woeful polling record of the Centre, analysed Nurmela.

“The Centre can be seen as sending a message to its base. Now is the moment when you should secure the support of your own base when it comes to the elections.”

Nurmela pointed out that parties tend to start preparing for elections first by securing the support of their loyal supporters, before shaping their message to appeal to more uncertain supporters and, finally at the end of the campaign trail, to swing voters.

Helsingin Sanomat has comparable polling data dating back to October 2011.

Overall, the poll found only minor changes in the approval ratings of parties. The National Coalition remains by far the most well supported party, having held on to its projected vote share of 24.2 per cent.

Support for the Finns Party and Christian Democrats both rose by 0.1 points, to 17.4 per cent and 3.3 per cent, respectively. Movement Now, meanwhile, saw its popularity creep up by 0.2 points to 1.9 per cent.

Despite the lack of major swings, the situation of two parties caught the attention of Nurmela. For the National Coalition, he told, the question will be whether it can retain its wide advantage over other parties in the less than five months left to go until the elections. The Finns Party is polling at twice the level it was before the previous parliamentary elections, where it won 17.5 per cent of the vote.

“But the Finns Party has a lot of supporters who revealed that they didn’t vote in the municipal elections. It’ll be exciting to see how the party can maintain their interest until April,” said Nurmela.

Kantar Public interviewed 2,416 people for the poll between 17 October and 11 November.