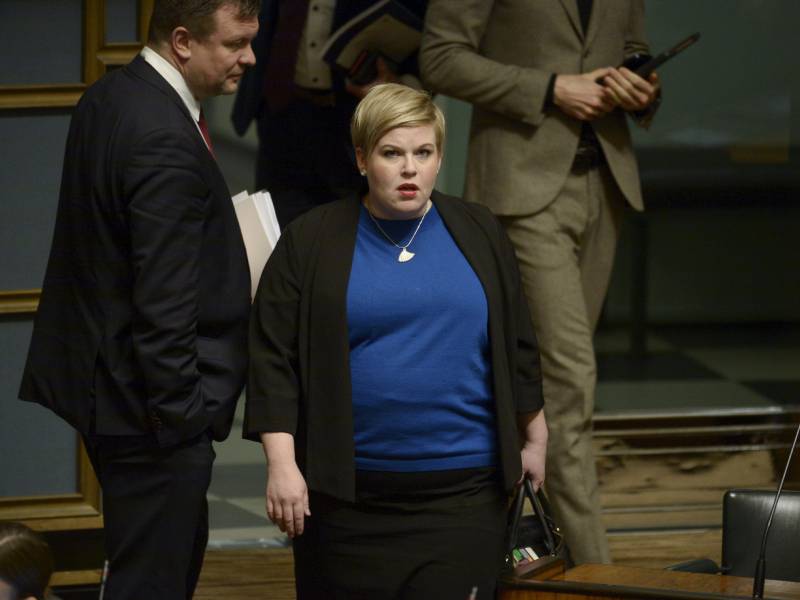 Minister of Finance Annika Saarikko (Centre) attended a plenary session in the session hall of the Finnish House in Helsinki on Thursday, 10 November 2022. Saarikko on Thursday revealed on Twitter that the Centre is opposed to a government bill to update the act on the Sami Parliament. (Mikko Stig – Str / Lehtikuva)

A BILL TO UPDATE the Sami Parliament act was tabled on Sunday by the Centre Party, reports Helsingin Sanomat.

Minister of Justice Anna-Maja Henriksson (SFP) on Sunday tweeted that she will continue working to move forward with the bill during the course of this week, arguing that the update is necessary to protect the rights of the Sami.

“Today it has been tabled for already the second time at a government meeting by the Centre,” she lamented on Twitter.

The Ministry of Justice reported that the bill was tabled at the initiative of Minister of Defence Antti Kaikkonen (Centre). While cabinet ministers can request that a matter be tabled until the next meeting in order to familiarise themselves with documents related to the matter, any matter cannot be tabled for more than three times and the third request must come from a cabinet member who did not attend the two previous meetings.

“I doubt the Centre has a minister like that left,” Henriksson told YLE on Sunday.

The Minister’s Handbook also prescribes that a decision on a matter cannot be tabled – or, postponed – when the government has to make it by a statutory deadline or when another comparable reason makes the postponement impossible.

Helsingin Sanomat pointed out that the bill in question must be presented urgently because the government has agreed to bring all new bills to the Parliament by Thursday, to ensure they can be processed by the parliamentary elections taking place on 2 April 2023.

The Centre views that the government should refrain from moving forward with the bill altogether on grounds of its opposition.

The Sami Parliament act defines who can participate, be it by voting or standing, in elections to the Sami Parliament. The act presently states that the right can be granted based on language, the voting right of a parent or historical population registers in Lapland.

The government bill would place greater emphasis on language and restrict the right to vote to people whose grandparents spoke Sami, according to YLE. The right to vote would be granted also to people with at least one parent who were eligible to vote in elections held after the implementation of the act.

Also the Sami Parliament is divided over the bill, even though the majority of its members support the bill drafted by the government.

The UN Human Rights Office has criticised Finland for the fact that the current act has enabled the supreme administrative court to enter people into the electoral register despite the opposition of the Sami Parliament. The office has recommended that the act be amended to protect the self-determination right of the Sami.

The issue has proven both difficult and sensitive, as evidenced by the fact that the current government is already the third that has attempted to implement the requisite amendments.

Helsingin Sanomat on Sunday wrote that its sources have indicated that the government is likely to move forward with the bill in spite of the opposition of the Centre. The Centre has publicly warned that doing so would dent the credibility of also other government projects and make it harder to push through bills for the remainder of the electoral term.

Johanna Ojala-Niemelä (SDP), the chairperson of the Parliament’s Constitutional Law Committee, on Saturday told STT that the committee may not be able to discuss the bill due to scheduling issues. The committee, she reminded, has a number of issues on its agenda, from the massive law on employment services and ratification of the country’s membership in Nato.

“The committee is already gridlocked with issues,” she said.