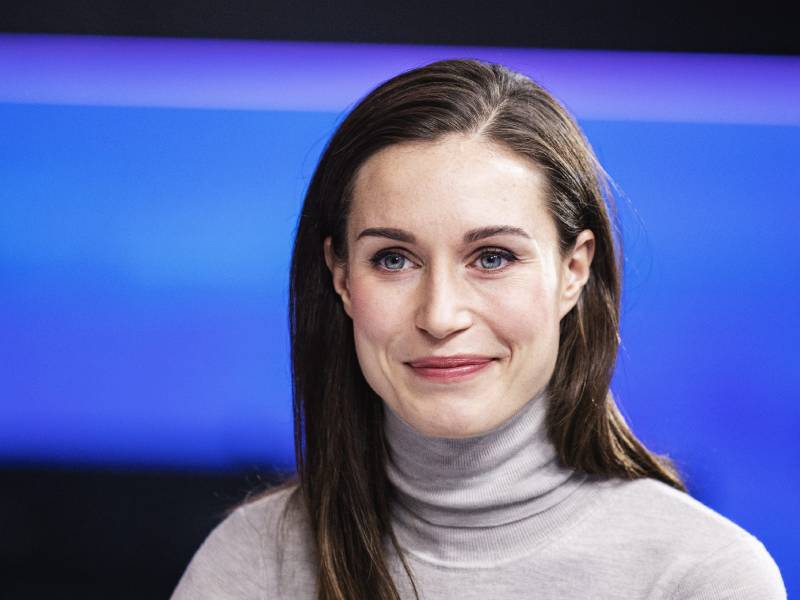 Prime Minister Sanna Marin (SDP) was photographed at the set of YLE’s Ykkösaamu on 29 October 2022. Support for Marin’s Social Democrats has fallen by 1.1 percentage points to 18.2 per cent since September, reveals the latest opinion poll commissioned by the public broadcasting company. (Roni Rekomaa – Lehtikuva)

SUPPORT for the Social Democrats has dropped 1.1 percentage points to 18.2 per cent, its second lowest level this year, reveals the latest opinion poll conducted for YLE by Taloustutkimus.

“There’s a bit of a decline but nothing radical. The Social Democrats’ support has fallen more among women than men and the most among the elderly population,” summarised Tuomo Turja, the research director at Taloustutkimus.

The ruling party remains the second most popular party in the country and on track to improve on its vote share in the previous parliamentary elections (17.7%).

The National Coalition, in turn, saw its popularity drop by 0.3 points to 23.9 per cent but remains firmly in pole position ahead of the parliamentary elections held on 2 April. The Finns Party similarly registered a drop in popular support, falling from 17.1 to 16.7 per cent.

Both the Centre Party and Green League showed some long-awaited signs of life.

Support for the Centre rose by 0.6 points to 10.9 per cent – a mild consolation after slumping to an all-time low in polls conducted by Taloustutkimus. Turja told the public broadcasting company that the party saw its popularity increase especially in western parts of Finland, the base of both chairperson Annika Saarikko and parliamentary group leader Eeva Kalli.

The Green League saw its popularity increase by 0.7 points to its highest level this year: 10.1 per cent. The ruling party, though, remains on track to fall nearly 1.5 points short of its vote share in the parliamentary elections of 2019.

“It looks like there isn’t as much movement from the Greens to Left Alliance as in previous months,” told Turja.

Support for the Left Alliance crept up by 0.1 points to 8.5 per cent. The Swedish People’s Party recorded the most significant change among the smaller parties, climbing 0.8 points to 5.0 per cent.

“The National Coalition has tended to take away both space and supporters from other right-wing parties. But the Swedish People’s Party managed to hold on to its old supporters very well in this poll,” he said.

The Christian Democrats dropped 0.3 points to 3.0 per cent, whereas Movement Now stood pat at 1.7 per cent.

Taloustutkimus interviewed 2,502 people for the poll between 10 October and 1 November.