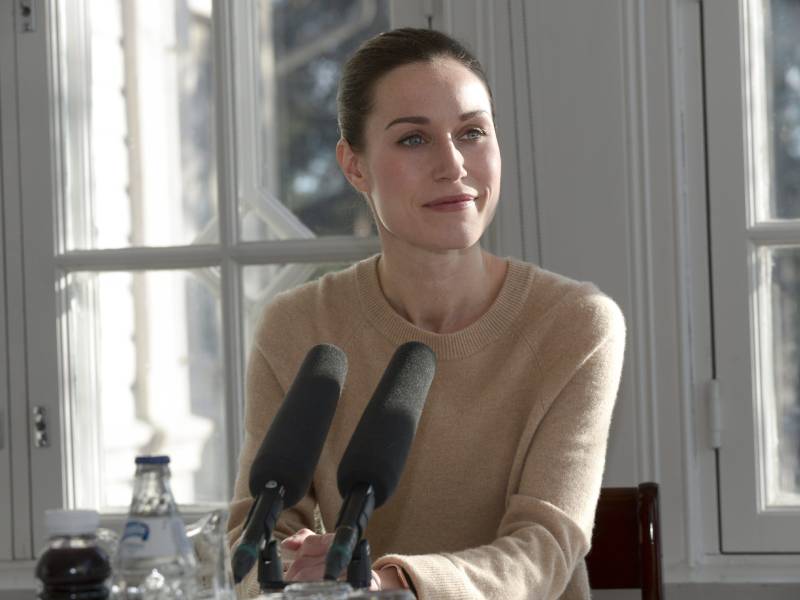 Prime Minister Sanna Marin (SDP) was photographed ahead of her regular interview with YLE Radio Suomi in Helsinki on 23 October 2022. Marin told the public broadcasting company that Finland could vote against the nature restoration regulation proposed by the European Union. (Mikko Stig – Lehtikuva)

“I believe it’s important that we try to improve the state of the environment. That’s what this restoration is about, but it has to be done in places where it’s functional and sensible,” she outlined during her regular interview on YLE Radio Suomi.

The European Union is proposing, for example, that at least 20 per cent of land and sea areas across the 27-country bloc be restored to their natural state by 2030.

The question of utilising forest resources has laid bare a deep division between the Centre and Green League. The Parliament’s Commerce Committee on Friday voted in favour of not backing the proposed regulation, a position that was supported by members of the Centre, Social Democrats and Swedish People’s Party.

The Greens and Left Alliance were thereby the only two ruling parties to support the government's original position on the proposal.

“It’s absolutely exceptional that the ruling parties are so divided. Nothing like this has happened during this electoral terms,” Sanni Grahn-Laasonen (NCP), the chairperson of the Commerce Committee, stated to Helsingin Sanomat.

Marin on Sunday reminded that it is no secret that members of the ruling coalition have different priorities when it comes to utilising forests.

“Ultimately we’ll have to evaluate what’s the best option from the viewpoint of Finland’s national interests and look whether [the regulation] is something we can support or if we should vote against it,” she commented.

The National Coalition announced after the committee voted to not support the proposal that it will submit an interpellation on forest policy, viewing that the government has failed to stand up for national interests.

The interview also highlighted another difference of opinion within the government.

Minister of Finance Annika Saarikko (Centre) has stated publicly that the government should scrap its so-called exit tax. Marin, though, stated that the government has no intention to abandon the tax and has had no discussions about doing so. The government, she emphasised, must stand by what was agreed on together.

“If the starting point is that you don’t have to stand by things we agreed on together, then I’m sure we won’t stand by things that are important for the Centre. Then we’d be talking about the whole government’s ability to function,” she said.

The tax would enable the taxation of profits received by individuals residing overseas from the sales of share holdings if the profit had accumulated while the individual was residing in Finland. It is fundamentally an instrument that prevents people from avoiding the capital gains tax by relocating to a country with lower taxes on capital gains.