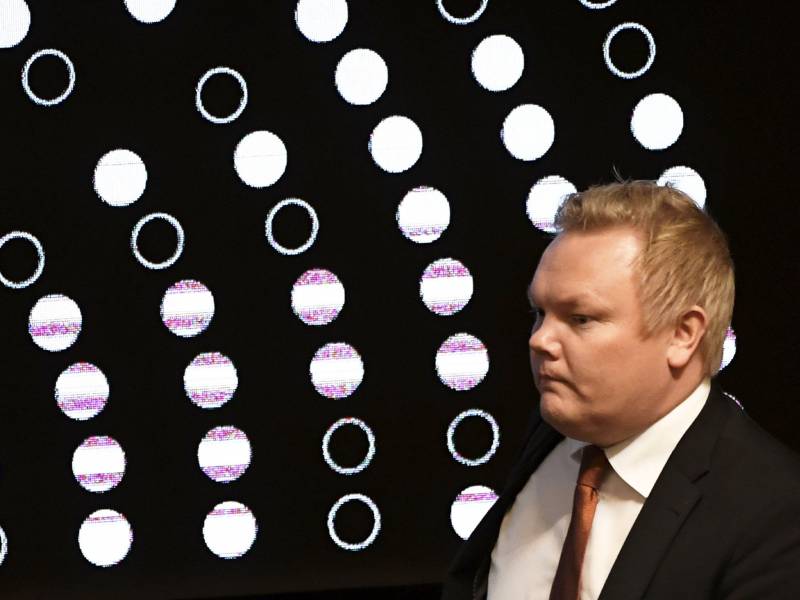 Minister of Agriculture and Forestry Antti Kurvinen (Centre) attended a plenary session in the Finnish Parliament on 28 September 2022. Kurvinen on Monday said Finland has formed a group to defend the interests of forest industries with three other EU member states. (Jussi Nukari – Lehtikuva)

A QUARTET of EU countries with large forest reserves have established a collaborative group to defend the interests of their national forest industries in the 27-country bloc, reports Helsingin Sanomat.

“A coming-out took place today. We’ve now come out of the wood closet. Forested EU countries have set up a collaboration group that we call by the name of For Forest,” Finnish Minister of Agriculture and Forestry Antti Kurvinen (Centre) announced on Monday.

The group, he said, consists of Austria, Finland, Slovenia and Sweden.

Helsingin Sanomat wrote that the quartet is ultimately seeking to make sure more emphasis is placed on forests and forest industry activities in the EU.

The European Commission’s upcoming proposal on collecting data and monitoring the state of forests will offer the countries the first opportunity to wield their clout. The Finnish government is of the view that the commission has failed to sufficiently include member states in the preparatory work.

Austria and Finland have already secured support from 17 other member states for their position that research data on forests should be collected primarily through national mechanisms.

“You shouldn’t create a new system at the EU level. The supreme authority in forest policy belongs to member states,” argued Kurvinen.

Kurvinen on Monday aired a number of grievances about earlier and upcoming forest-related legislative proposals from the European Commission. The proposals, he stated, have been neither coordinated nor examined in terms of their overall impact on the use of forests, economic effects and social effects.

“I think it’s wrong to examine forest policy both in Finland and the EU solely through climate and environmental policy. You have to pay equal attention to competitiveness and employment,” he said.

He stated that the 27-country bloc is trying to squeeze all member states into the same forest-policy mould despite the fact that some members have hardly any forests in natural state. It is also “extremely problematic” that there is very little forest-industry expertise in Brussels.

“Expertise related to wood, forest growth and forest industry must be augmented in the EU, so that initiatives based on erroneous facts and initiatives not based on research data don’t move forward.”

Kurvinen, however, toned down his accusations when pressed to provide examples of such initiatives by Helsingin Sanomat.

“The initiatives aren’t necessarily based on erroneous facts,” he replied. “In Brussels, the impression of Finnish forest industry is sometimes such that, in the worst case, some actors in the field of non-profits lay out photos of a string bog in Lapland, saying this is what felling looks like in Finland.”

He also called attention to a proposal to reduce the use of protected plant areas by 50 per cent, claiming that the figure is not based on research but simply one that “looks good in an Instagram Story”.

The European Commission’s regulation to restore degraded forests would be devastating for the forest industry because of the amount of land areas to be protected, according to him. “A few member states are made to pay so that the rest of the EU can have a better conscience,” he summed up.

Finland has already restored wetlands and natural habitats under the programmes Helmi and Metso. Kurvinen viewed that the country is now being punished for its pioneering work because the programmes are not recognised in the restoration regulation.

Minister of the Environment and Climate Change Maria Ohisalo (Greens) on Tuesday stated that the government had not made a decision to set up the four-country group in the EU.

“We haven’t had any discussions about this within the government,” she commented to Helsingin Sanomat. “There hasn’t been a joint discussion in the ministerial committee on EU affairs or a joint discussion between the monitoring ministers. I’ll wait for further details.”

Whether or not a single cabinet member can take the country to such a group is worth a discussion, according to her.

Ohisalo has defended the restoration regulation by pointing out that the costs arising from it should be compared to the profits raked annually by the forest industry.