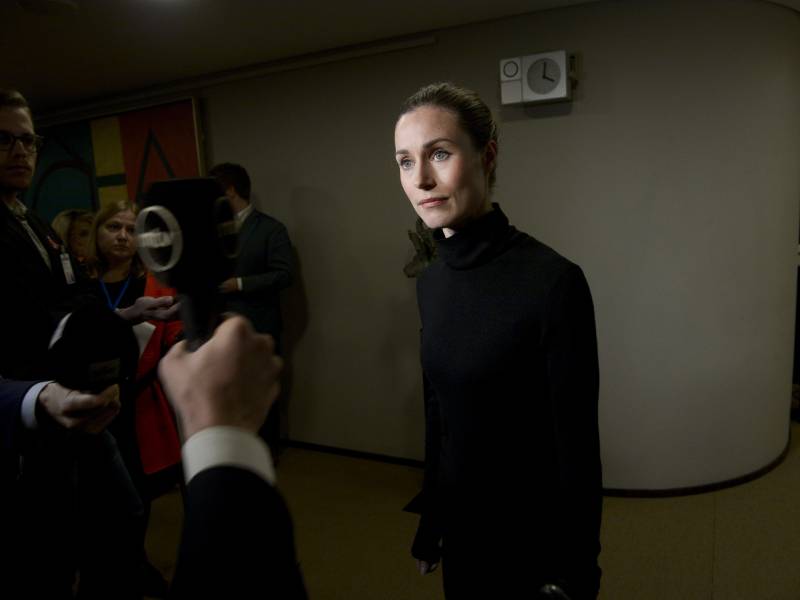 Prime Minister Sanna Marin (SDP) spoke to reporters after hosting a meeting on fencing parts of the eastern border with representatives of parliamentary parties in Helsinki on Tuesday, 18 October 2022. Marin said the parties all agree that it is necessary to build a fence along parts of the 1,300-kilometre border. (Mikko Stig – Lehtikuva)

ALL PARTIES in the Finnish Parliament are in agreement about the necessity to build a fence along parts of the 1,300-kilometre land border between Finland and Russia, says Prime Minister Sanna Marin (SDP).

The parties convened yesterday to discuss the infrastructure project proposed by the Finnish Border Guard.

“We were in agreement about the need. The Border Guard presented the fence to us in its entirety, what it means in concrete terms, and now the government will bring the proposals to the Parliament,” the prime minister was quoted saying to members of the media after the meeting by STT.

The Border Guard proposed at the start of the autumn that a fence be built along 10–20 per cent of the eastern border – especially in areas near designated border-crossing points – to prevent illegal entries.

Riikka Purra, the chairperson of the Finns Party, gauged that parliamentary support for the fence was as strong after the roughly hour-long meeting as it had been before the meeting.

Both Purra and Petteri Orpo, the chairperson of the National Coalition, lamented that the meeting offered little in terms of enacting provisions in the newly amended border guard act that enable the complete closure of the border in emergencies.

“When we talk about things like a danger to national security and widespread immigration, we’re naturally not talking about unequivocal things. They require an interpretation and decision from the government. This was a topic that wasn’t discussed this time,” commented Purra.

“How have we prepared to implement the new provisions in the border guard act if the situation in Russia escalates in a way that there are a lot of asylum seekers and other immigrants at the Russian border?” asked Orpo.

The opposition leaders also voiced their bafflement with estimates that the project would take three to four years to complete, significantly longer than similar projects have taken in the Baltics.

Orpo argued before the meeting that the trial period should be shorter. “Once the test section is deemed good, be it one kilometre or five kilometres, we should make haste and fence up the critical areas.”

Minister of the Interior Krista Mikkonen (Greens) reminded before the meeting that ascertaining parliamentary support for the project is important due to the expected duration of the project and the vicinity of parliamentary elections.

“The Border Guard has estimated that this whole project could take several years, and that’s why also the next government should be committed to it.”

The Ministry of the Interior is proposing that 139 million euros in funding be set aside next year for the main phase of the project, in addition to the six million euros earmarked for the test section of the fence, Mikkonen said last week to Uutissuomalainen. The funding covers not only the fence itself, but also monitoring technology, road infrastructure and land acquisitions.