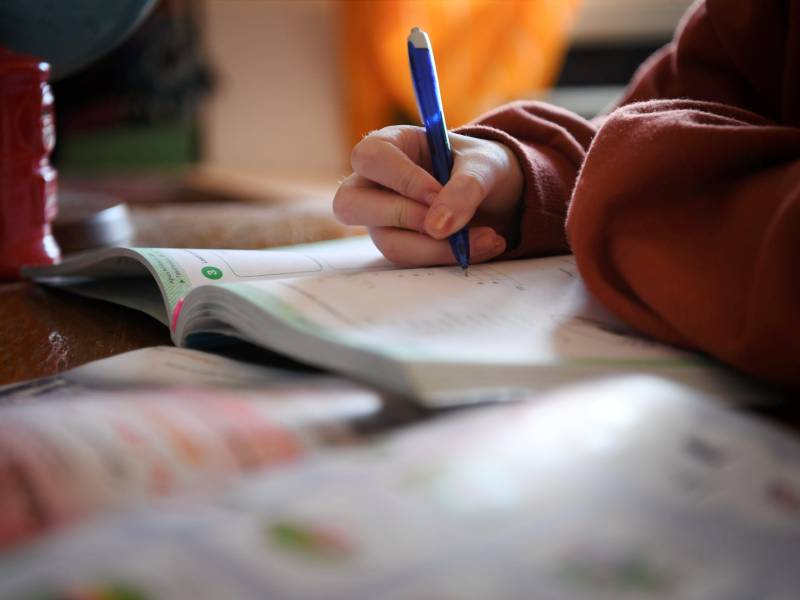 A child studied at home in Helsinki in March 2020. The OECD’s latest Education at a Glance report ranks Finland in the middle of the pack in terms of the share of 25–34-year-olds with a higher education degree. (Antti Aimo-Koivisto – Lehtikuva)

EDUCATION LEVELS in Finland have fallen below the average among the 38 members of the Organisation for Economic Co-operation and Development (OECD).

The OECD’s Education at a Glance 2022, a report assessing the state of education in countries around the world, shows that fewer than 40 per cent of 25–34-year-old Finns have obtained a degree from a university or university of applied sciences.

The percentage leaves the country between Turkey and Chile.

Many Finnish policy-makers have estimated that the issue should be addressed by increasing student intake in higher education. Helsingin Sanomat on Monday reported that lawmakers across party lines believe the problems run deeper in the education system, all the way down to basic education.

Paula Risikko (NCP), the chairperson of the Parliament’s Education Committee, told the newspaper that increasing student intake in higher education will be futile unless the entire system is patched up – primarily by acting on feedback from teachers. She voiced her concern about learning difficulties, mental health problems and shortcomings in the skills of young people completing basic education.

If young people leave basic education without the skills they need, it is very difficult to catch up at the next education level.

“I’ve received plenty of messages from teachers about there not being enough time to focus on basic responsibilities, meaning teaching and supporting learning,” she said, pointing the finger at bureaucracy.

Eeva-Johanna Eloranta (SDP), a deputy chairperson of the Education Committee, viewed that the basic education curriculum should be reviewed critically due to the decline in learning outcomes among children and young people.

“We should review the basic education curriculum to see if there’s maybe too much stuff, if we should maybe focus more on the basics.”

The Finnish education system “did a lot of things right for a long time but has given up too much on the good things,” analysed Sakari Puisto (PS). He said day-to-day life in primary schools should be calmed down by, for example, re-examining the merits of phenomenon-based learning, a learning concept where topics are studied more holistically across several subjects.

“It’s a nice idea, but you should first reach a stable basic level in basic education,” he said to Helsingin Sanomat.

Rationalising teaching in basic education, he added, would also improve the well-being of teachers, who presently have to spend too much time on keeping peace in the classroom and handling administrative tasks.

Both Puisto and Hilkka Kemppi (Centre) also drew attention to the challenges linked to learners with inadequate language skills.

“Support is still fragmented – it’s very difficult to get in some places, and there are massive regional differences. I don’t think we can fix this with any magic tricks, but we simply have to make sure the resources are there,” said Kemppi.

Saara Hyrkkö (Greens) recognised the problems in basic education but estimated that a thorough overhaul is not necessary.

“Basic education must be fixed, but not by making a massive overhaul. What we need is sufficient funding, suitable group sizes and time for teachers to focus on their job. The resources should be directed to the schools and groups that need them the most,” she summarised.

The OECD report, she viewed, drives home the message that policy makers must step up their efforts to stand up for education. “This is yet another alarming piece of news about the state of Finnish education.”