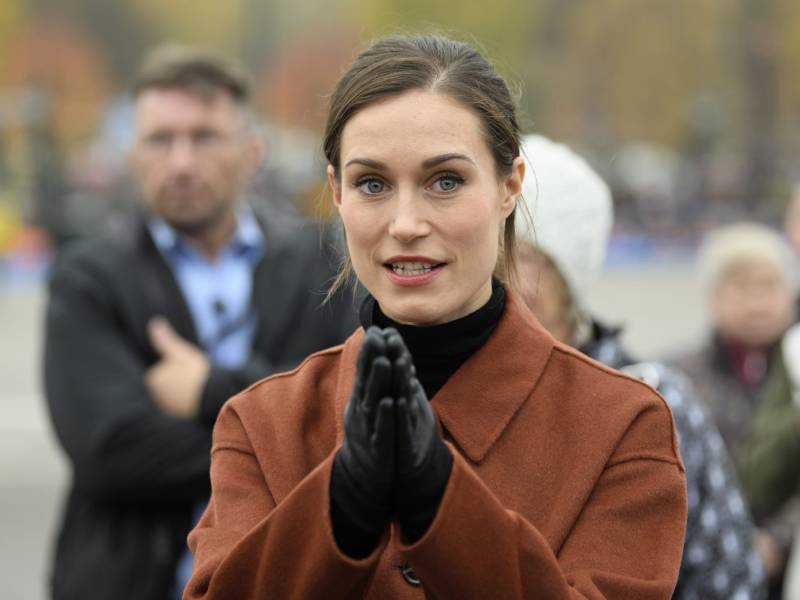 Prime Minister Sanna Marin (SDP) spoke to the public in Espoo on Saturday, 15 October 2022. Marin came under criticism at the end of last week after it was revealed she was to take part in a panel discussion at Slush, a start-up event held in Helsinki in November, with a colleague of her husband. (Markku Ulander – Lehtikuva)

Marin was originally set to participate in a panel discussion on the role governments can have in creating an environment that fosters innovation with Christian Miele, an employee of the same private equity firm as her husband, Markus Räikkönen.

The arrangement had provoked concerns and criticism from other political parties, along with members of the public.

“Slush is an event with a high attendance fee that highlights companies. The prime minister is definitely allowed to protect the interests of Finnish companies, but it’s questionable why she’s participating specifically with this company,” Jouni Ovaska, a deputy chairperson of the Centre Parliamentary Group, commented on Friday.

Timo Heinonen (NCP) did little to mince his words.

“It’s unfortunately looking more and more day after day that Marin is not in politics to promote the interests of the fatherland but of her own inner circle,” he said, evoking a tweet Marin directed at then-Prime Minister Juha Sipilä (Centre) in 2017.

Marin apologised to Sipilä in 2021.

Mari Holopainen (Greens) stated that while it is positive that the prime minister is attending start-up events, she did not make the “classiest” decision by agreeing to be interviewed by a colleague of her husband.

“I’m sure there would’ve been other opportunities to appear at Slush without provoking discussion about linkages. This setup obviously brings up questions about them. So this wasn’t the classiest decision,” she remarked.

“It’s important that people in key political positions are especially careful about conflicts of interest and ties to their inner circle,” echoed Veronika Honkasalo (LA).

Marin on Friday stated to Helsingin Sanomat that she is participating in the event because she believes the event is important and the themes of discussion are extremely good from the viewpoint of Finland.

“Slush will look for a new interviewer for the discussion so that no suspicions of a possible conflict of interest arise,” she noted.

She told STT a day earlier that she did not think her participation is problematic because the themes of discussion are generic and align with themes she has talked about also at several other events. “We’ll re-examine the participation from the conflict-of-interest viewpoint and discuss the issue with the chancellor of justice,” she messaged.

Eerika Savolainen, the CEO of Slush, told Helsingin Sanomat on Friday that the initiative for replacing the interviewer came from the prime minister’s staff. The original arrangement, she added, was initially not a problem for the staff as it had been “curated” with the office of the prime minister.