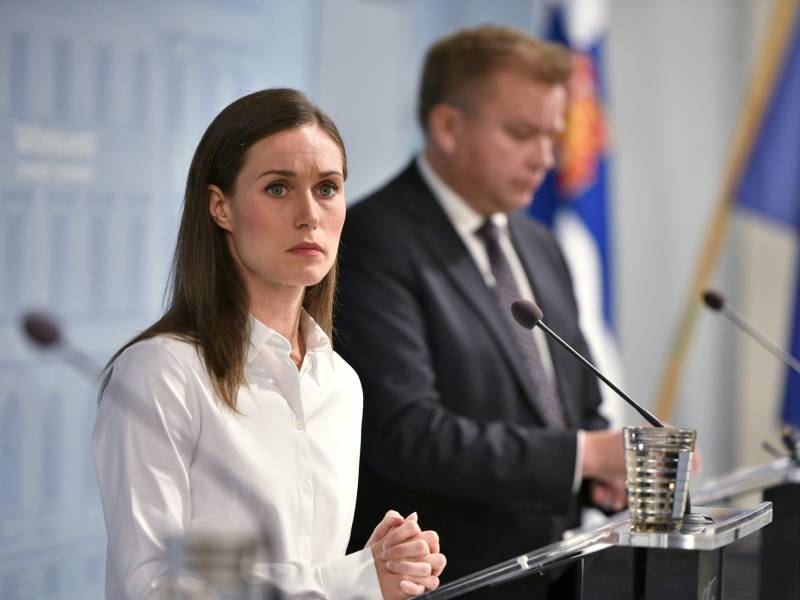 Prime Minister Sanna Marin (SDP) and Minister of Defence Antti Kaikkonen attended a news conference in Helsinki on Wednesday, 28 September 2022. Marin viewed that the explosions in the Nord Stream I pipeline could be part of a wider effort to de-stabilise the Baltic Sea region and whip up fears in Europe. (Antti Yrjönen – Str / Lehtikuva)

THE FINNISH GOVERNMENT on Wednesday discussed a number of foreign policy issues as part of its informal weekly meeting, the so-called evening class, including the explosions in Nord Stream I.

Prime Minister Sanna Marin (SDP) stated that she has discussed the explosions with her counterparts from Denmark and Sweden, offering them all the support needed to investigate to investigate the incident.

“Explosions in the Nord Stream pipeline were intentional in light of all available information. Intentionally damaging and sabotaging the pipeline could be linked to a wider effort to undermine the stability of the Baltic Sea region and incite fear in Europe,” she analysed in a press conference in Helsinki.

She refrained, however, from speculating on who could benefit from such consequences. Government officials are monitoring the “extremely concerning situation” closely, according to Marin.

Minister for Foreign Affairs Pekka Haavisto (Greens) stated that the extent of the damage to the pipelines indicate that the explosions were caused by a state actor.

“Only a state actor is capable of this kind of sabotage. This is such extensive sabotage,” he said, also reminding that the methane emissions caused by the three leaks pose a threat to both the climate and sea travel.

Estimates already suggest that the leaks could cause emissions equalling one-third of the annual carbon emissions of Denmark.

Minister of Defence Antti Kaikkonen (Centre) voiced his concern about the possibility that tensions in the region increase from an already high level in the wake of the incident. “Our current assessment is nonetheless that the events don’t pose a military threat to Finland,” he added.

Also he viewed that it is premature to tell which actor caused the explosions but called attention to the fact that the explosions coincided with the so-called referendums Russia has orchestrated in parts of Ukraine.

“The explosions occurred at the same time as these so-called referendums in eastern and southern areas of Ukraine. It looks like there’s an effort that violates international law to annex these areas to Russia. In my opinion this creates a new foundation for escalation in Ukraine. Ukraine mustn’t be forgotten for even one second,” emphasised Kaikkonen.

The Finnish government also confirmed that will iron out the final details and announce its in-principle decision to restrict the entry of Russian tourists to Finland on Thursday.

“The in-principle decision we’ll make will mean that border traffic on the eastern border will decrease significantly,” summarised Minister of the Interior Krista Mikkonen (Greens).

The situation at the border, she added, has remained stable for the past couple of days. Helsingin Sanomat revealed on Tuesday that over 7,700 Russians crossed the land border into Finland on Monday.

“Most of the Russians arriving in Finland – up to 80 per cent – continue their journey from Finland to other parts of Europe. It has been busy for transit travel,” Mikkonen said, assuring that border officials have had the time to conduct the necessary checks.