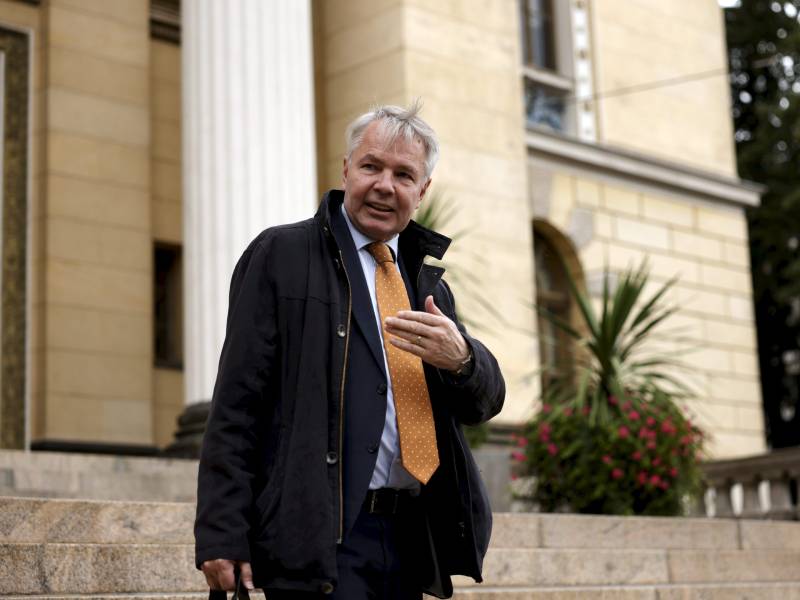 Minister for Foreign Affairs Pekka Haavisto (Greens) was photographed leaving a government meeting at the House of the Estates on 4 September 2022. Haavisto on Friday announced Finland has made a tentative decision to effectively deny entry to Russian citizens holding a tourist visa. The restriction, he added, could enter into force in the coming days. (Seppo Samuli – Lehtikuva)

MINISTER for Foreign Affairs Pekka Haavisto (Greens) on Friday announced a plan to restrict the entry of Russian citizens to Finland, report YLE and Helsingin Sanomat.

All Russians holding a tourist visa, he revealed, will be prohibited from entering the country and prevented from using the country as a transit country to other parts of the Schengen Area. Finland will also enable the revocation of multiple-entry visas granted to Russians.

“All border crossings made on grounds of tourism will be prevented,” he summed up while speaking to reporters via a video link from New York City, the US.

Also existing visas can be re-evaluated and invalidated once the decision has entered into effect, according to Haavisto. Finland, though, would remain open to people travelling to work, study or meet family.

Haavisto said the restrictions could come into force in the coming days, possibly this week, following a legal and technical evaluation.

“The visas could be invalidated at the border on a case-by-case basis whenever the requirements aren’t met. The acceptance of visas can be suspended or it can be restricted except for certain special groups such as people travelling to meet their relatives.”

The decision was made on grounds of the detriment the prevalent situation is causing to the international standing of Finland by the President and Ministerial Committee on Foreign and Security Policy. An in-principle decision on the issue is to be made in the coming days by the government.

“Russia’s mobilisation has started to slightly increase transit travel through Finland. It’s our view that at this moment it’s causing a needless detriment to the international position and relations of Finland,” he explained.

With other European countries shutting down their borders for Russians, Finland and Norway have become the only countries in the visa-free area without strict entry restrictions on Russians.

Haavisto said Finland decided to take action due to its own situation instead of waiting for a joint decision by the European Union. Rules of the Schengen Area include a provision about damage to the international standing of the receiving country. Finland is of the opinion that the provision provides a sufficient foundation for the tightening of visa practices, meaning it has not had to, for example, define all Russian tourists as security threats, according to Haavisto.

The Finnish Border Guard on Friday revealed that it has detected a two-fold increase in the number of Russian citizens arriving in Finland.