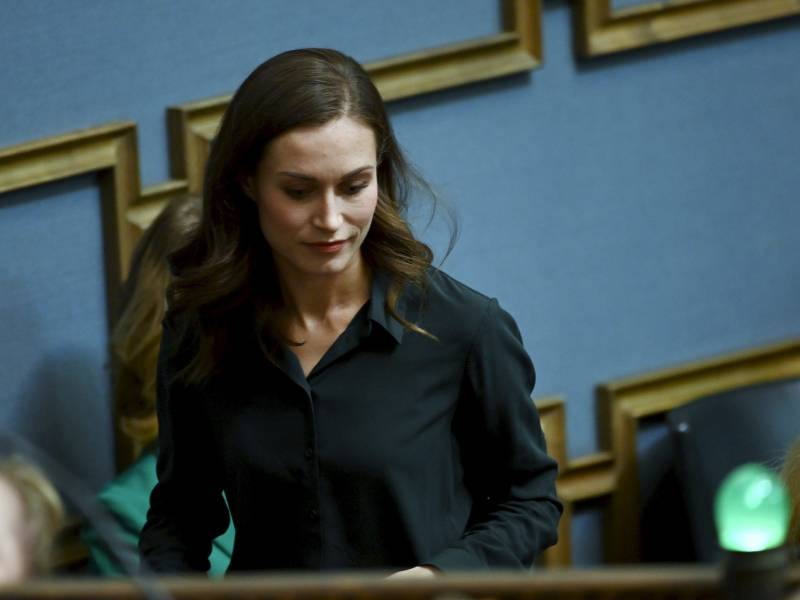 Prime Minister Sanna Marin (SDP) attended a plenary session in the Finnish Parliament in Helsinki on 8 September 2022. Footage of Marin partying appears to have not had an impact on the popularity of the Social Democrats, writes YLE. (Vesa Moilanen – Lehtikuva)

POPULAR SUPPORT for the National Coalition has increased by 0.8 percentage points to 24.2 per cent since early August, according to the latest opinion poll commissioned by YLE.

Tuomo Turja, the research director at Taloustutkimus, stated to the public broadcasting company last week that support for the right-wing opposition party rose due to its ability to hold on to its old supporters while winning over new supporters from other right-wing parties.

“The National Coalition’s slight rise is clearly based on male voters,” he stated.

While the Social Democratic Party saw its popularity decrease by 0.9 points to 19.4 per cent, the decrease cannot be attributed to the recent controversy involving Prime Minister Sanna Marin (SDP). Footage of the prime minister singing, dancing and partying in a private residence appears not to have affected the party’s support structure, according to Turja.

“The Social Democrats’ popularity is still based firmly on over 50-year-olds. If it was thought that the support would drop visibly and older voters would abandon the party due to the controversy, that hasn’t happened,” he explained.

The party, he added, remains as popular as before also among pensioners. The losses it incurred during this polling period have benefited the Left Alliance, the National Coalition and the Finns Party.

The pecking order between the parties remains unchanged, though. The Finns Party continues to poll as the third most well supported party after seeing its support creep up by 0.1 points to 16.2 per cent.

“It has been the case for many months now that the changes are pretty modest,” told Turja.

Support for the Centre Party increased by 0.7 points to 11.7 per cent, close to the level it was at about two months ago. Turja revealed that the party succeeded in winning over supporters from the so-called sleeping party and Christian Democrats.

While the Green League saw its popularity creep up 0.3 points to 9.6 per cent, it continues to underperform, according to him.

Taloustutkimus contacted 2,973 people for the poll between 8 August and 6 September.