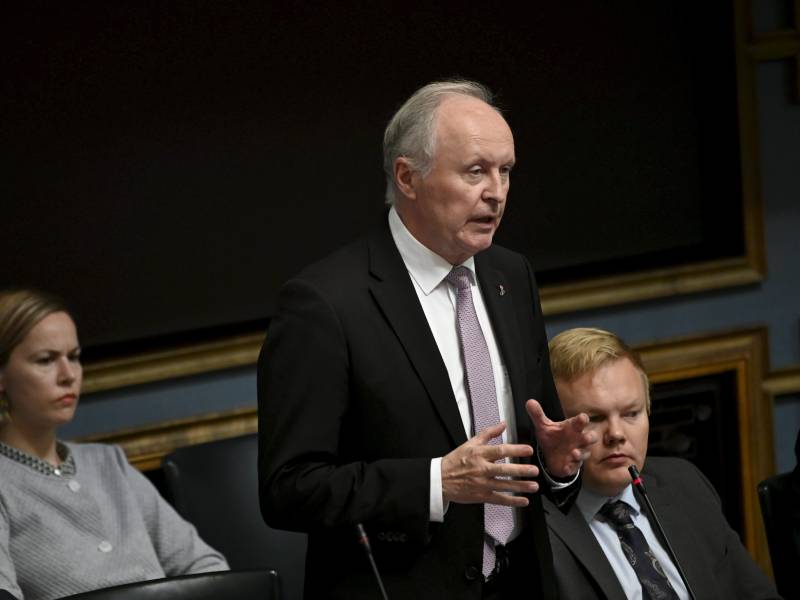 Minister of Family Affairs and Social Services Aki Lindén (SDP) gestured during a plenary session in the Parliament House on Thursday, 8 September 2022. Lindén estimated that the government will be able to present its patient safety act bill in time to limit the ramifications of intensive care strikes scheduled to take place later this month in Oulu and Turku. (Vesa Moilanen – Lehtikuva)

MINISTER of Family Affairs and Social Services Aki Lindén (SDP) on Thursday revealed that the government will present its proposal for a patient safety act early next week to limit the nursing strikes hanging over intensive care, reports Helsingin Sanomat.

The Finnish Union of Practical Nurses (Super) and the Union of Health and Social Care Professionals in Finland (Tehy) are to commence their first strike next Friday.

Sari Essayah, the chairperson of the Christian Democrats, asked Lindén during the first question-time debate of the new parliamentary term if the bill will be finalised in time.

“We’ve been drafting a piece of legislation with the premise that it’d be possible to intervene in the strikes targeted at intensive care units so that no lives are endangered. I’m sure we’ll manage to bring the bill to the Parliament early next week,” replied Lindén.

He estimated that the act would thereby have an impact at least on the four-day strikes that are scheduled to begin at Turku Central University Hospital and Oulu University Hospital on 20 and 27 September, respectively. The latter strike was postponed yesterday by two weeks at the behest of National Conciliator Anu Sajavaara.

Lindén did not specify how the government intends to limit the repercussions of the strikes.

The patient safety act bill drafted earlier by the government would have granted regional state administrative agencies the power to order employees to work under the threat of fine. Lindén on Thursday gauged that the narrow but powerful strikes in intensive care will require a slightly different legislative approach, describing the “juridical exercise” as a challenge.

The act has proven a cumbersome issue for the ruling five-party coalition, with the proposition of limiting the right of employees to go on strike unappealing for the Green League, Left Alliance and Social Democrats.

Attempts to resolve the labour dispute will continue today under the guidance of the national conciliator.